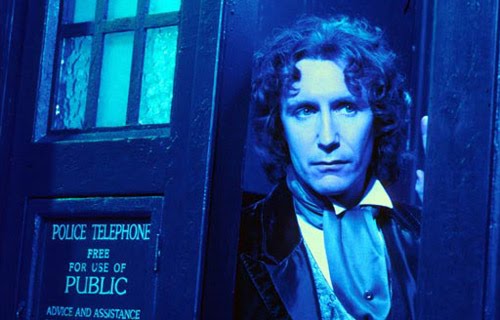 Dan Hall, of 2|entertain, has revealed to Hoo on Who that the 1996 TV Movie, starring Paul McGann, will be released on DVD in North America "within 12 months". The rights to the story have now been secured for home release in the US, Canada, Australia and New Zealand. The one~off outing for The Eighth Doctor is due for release in the UK in October, as posted HERE.
Listen to the full announcement HERE