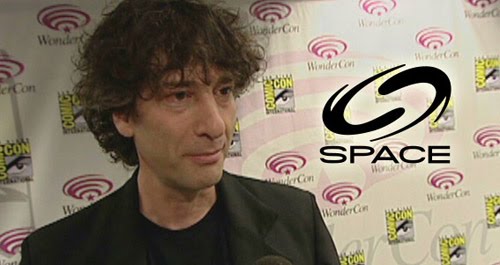 The Canadian television channel Space has posted an interview with writer Neil Gaiman where he specifically talks about his episode, The Doctor's Wife. Watch it HERE but be warned, there are spoilers.... Included after the picture below are some teasers.
WARNING: SPOILERS FOLLOW 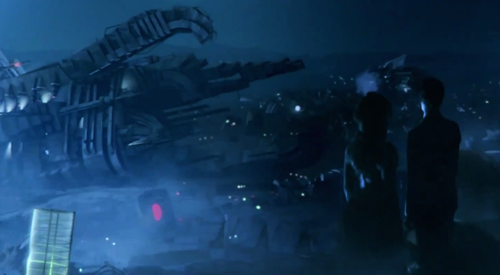 Starts on a junkyard planet - "the Totter's Lane at the end of the universe."

Actress Suranne Jones: "Somebody who may turn out to be an old acquaintance of the Doctor's with a new face."

Plays with 47 years of Doctor Who mythology - takes "stuff" from The War Games and "an old William Hartnell episode I remembered."
Includes scenes where Matt is "vulnerable, disturbed and upset".

Gaiman gives a script example:
AMY: I told you to keep an eye on The Doctor.
RORY: He'll be fine, he's a Time Lord.
AMY: It's just what they're called. It doesn't actually mean they know what they're doing.

ETA: On Twitter, Gaiman had this to say about Idris (Suranne Jones) - "May 14th, you will know all. And you will marvel at her great intelligence."