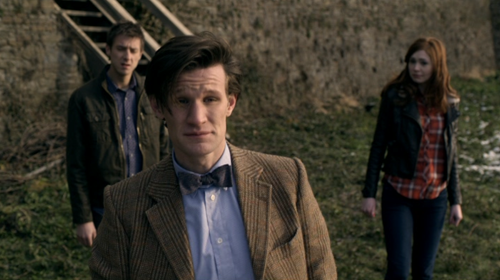 The BBC have issued the episode synopsis for Series 6 Episode 6, The Almost People - read it below. WARNING, includes spoilers:

As the solar storm rages, Jennifer, a Ganger driven mad by the memories of being "decommissioned", is seeking revenge, as the time-travelling drama continues.

She can remember every excruciating second of every "execution" and is determined that the humans will pay. And she isn't just talking war; she's talking revolution. As the crumbling factory fills with toxic fumes and drips lethal acid, the "Originals" wait desperately for the shuttle from the Mainland to rescue them. But Jennifer has other ideas. Can the Doctor convince the terrified factory workers to embrace their own humanity and work together with their Gangers to overcome a monster of their own making?