Death Is The Only Answer - mini~episode 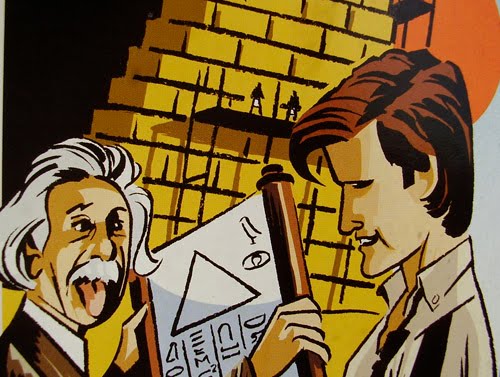 A special, one-off mini-episode of Doctor Who starring Matt Smith will be shown on BBC Three this Autumn. The bonus episode, Death Is The Only Answer, is a three-minute spin off and has been specially written by children from a school in Basingstoke after they entered a BBC Learning and Doctor Who Confidential competition earlier this year.

The journey of how their mini-adventure goes from script to screen will be documented on Doctor Who Confidential from Saturday 27 August at 8pm with the winning episode shown on Saturday 1 October. Details of the script, are a closely guarded secret but it includes a well known historical figure and a fez! 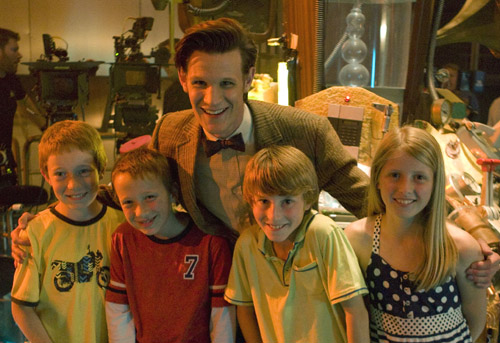 After meeting the pupils and filming the episode Matt Smith said: "It was so clever, we were all just bowled over, it was a brilliant script." Doctor Who Confidential was there to record the meeting and show how Oakley Junior School's script was developed from paper to television screen – from the first script meeting, a cast read-through, on-set filming all the way to the final edit.

The competition encouraged children to be as creative and imaginative as possible, to put together a story filled with all the excitement and adventure of the popular BBC One sci-fi drama. The action-packed script had to feature Matt Smith and could include one of four fearsome monsters from the show: Ood, Judoon, Cyberman or Weeping Angel, as well as a brand-new human character to test the wits of the Doctor. Viewers will have to wait and see which monster and human the pupils chose to include.

Labels: bbc 3, bbc three, Death Is The Only Answer, Doctor Who Confidential, dr who competition