The latest issue of the Radio Times, published Aug 23, has revealed the title and some information on this year's finale, Series 6, Episode 13. Details below:

• The episode is called The Wedding of River Song.
• It stars Mark Gatiss (possibly as a space~viking, see THIS post), Simon Callow (Charles Dickens in The Unquiet Dead), Simon Fisher-Becker (Dorium Maldovar in The Pandorica Opens and A Good Man Goes To War) and Ian McNeice (Winston Churchill in Victory of the Daleks).
• Includes the lines, "I don't want to marry you," and "I don't want to murder you."
• The Doctor goes to his certain death - and it doesn't work out as well as he expected.
• The Pterodactyls featured in the trailer are from this story (this is from TV & Satellite Week).
• According to What's On TV, the episode will feature "a bizarre world full of children" and a "thrilling climax among strange pyramids". 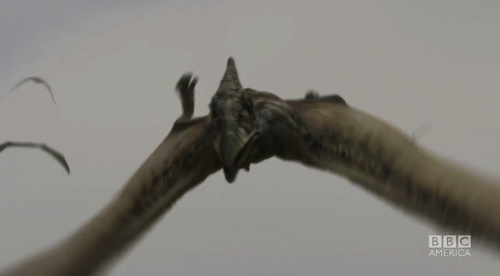