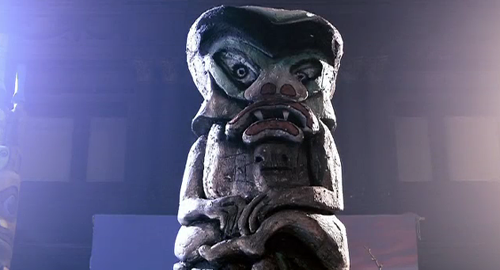 The BBC have released the episode synopses for Parts 1 and 2 of The Curse of Clyde Langer, the second story in the final series of The Sarah Jane Adventures. Read it below:

Part 1
It's raining fish from the skies, and Sarah Jane's investigations lead the gang to the Museum of Culture, where the ancient god Hetocumtek may offer answers.

But when Clyde acts the fool once too often, family and friends savagely turn against him, and he is thrown out of their lives!

Part 2
Clyde is alone and abandoned on the streets of London, living rough, cold and hungry. One person reaches out to him, but as they become friends, he's warned about the legendary Night Dragon.