BBC Books have announced the republication of 6 more Classic Doctor Who novels with Chris Achilleos’s stunning classic artwork and a series of new introductions by Gary Russell, Michael Moorcock, Mark Gatiss, Steven Moffat, Tom McRae and Alastair Reynolds. All 6 titles are published on 10 May 2012 at £4.99 each. The titles were selected based on the response to a poll on the Doctor Who Facebook page. 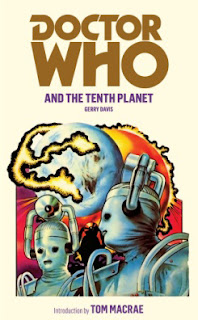 The TARDIS brings the Doctor and his friends to a space tracking base in the Antarctic - and straight into trouble. A space mission is going badly wrong, and a new planet has appeared in the sky.

Mondas, ancient fabled twin planet of Earth has returned. Soon its inhabitants arrive. But while they used to be just like the humans of Earth, now they are very different. Devoid of emotions, their bodies replaced with plastic and steel, the Cybermen are here.

Humanity needs all the help it can get, but the one man who seems to know what's going on is terminally ill. As the Cybermen take over, the Doctor is dying...


This novel is based on the final story to feature the First Doctor, originally broadcast from 8 to 29 October 1966. It was also the first Cybermen story featuring the First Doctor in his very last adventure as played by William Hartnell.
_____
Doctor Who and the Ice Warriors
by Brian Hayles with an introduction from Mark Gatiss 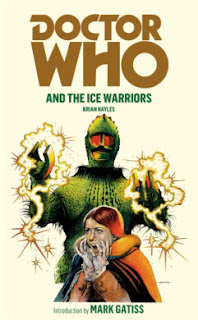 The world is in the grip of a second Ice Age. Despite a coordinated global effort, the glaciers still advance. But they are not the only threat to the planet.
Buried deep in the ice, scientists at Britannicus Base have discovered an ancient warrior. But this is no simple archaeological find. What they have found is the commander of a spaceship that crashed into the glacier thousands of years ago. Thawed from the ice, and knowing their home planet Mars is now a dead world, the Ice Warriors decide to make Earth their own...
Can the Doctor and his friends overcome the warlike Martians and halt the advance of the glaciers?
This novel is based on a Doctor Who story which was originally broadcast from 11 November to 16 December 1967. This was the first Ice Warriors story and features the Second Doctor, as played by Patrick Troughton, and his companions Jamie and Victoria.
_____
Doctor Who and the Day of the Daleks
by Terrance Dicks with an introduction from Gary Russell 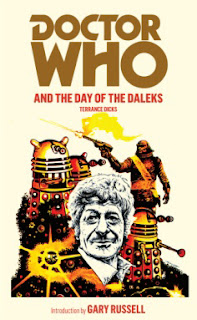 UNIT is called in when an important diplomat is attacked in his own home - by a man who then vanishes into thin air. The Doctor and Jo spend a night in the 'haunted' house and meet the attackers - who have time-jumped back from the 22nd century in the hope of changing history.
Travelling forward in time, the Doctor and Jo find themselves trapped in a future world where humans are slaves and the Daleks have already invaded. Using their ape-like servants to Ogrons to maintain order, the Daleks are now the masters of Earth.
As the Doctor desperately works to discover what has happened to put history off-track, the Daleks plan a time-jump attack on the 20th century.
This novel is based on a Doctor Who story originally broadcast from 1 to 22 January 1972 featuring the Third Doctor, as played by Jon Pertwee, with his companion Jo Grant and The Brigadier.
_____
Doctor Who: The Three Doctors
by Terrance Dicks with an introduction from Alastair Reynolds 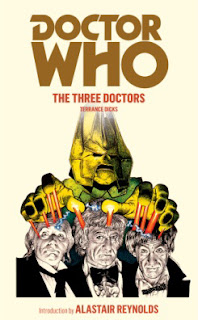 A mysterious black hole is draining away power from the Universe. Even the Time Lords are threatened. The Doctor is also in trouble. Creatures from the black hole besiege UNIT Headquarters. The only person who can help the Doctor is... himself.
The Time Lords bring together the first three incarnations of the Doctor to discover the truth about the black hole and stop the energy drain.
The Doctors and their companions travel through the black hole itself, into a universe of anti-matter. Here they meet one of the very first Time Lords - Omega, who gave his race the power to travel through time. Trapped for aeons in the black hole, he now plans to escape - whatever the cost.
This novel is based on a Doctor Who story which was originally broadcast from 30 December 1972 to 20 January 1973. Featuring the first three Doctors, William Hartnell, Patrick Troughton and Jon Pertwee, together with Jo Grant and The Brigadier.
_____
Doctor Who and the Ark in Space
by Ian Marter with an introduction from Steven Moffat 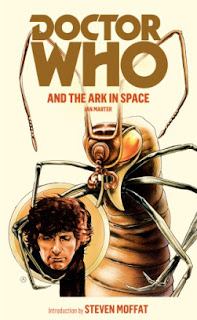 The survivors of a devastated future Earth lie in suspended animation on a great satellite. When Earth is safe again, they will awaken. But when the Doctor, Sarah and Harry arrive on the Terra Nova, they find the systems have failed and the humans never woke.

The Wirrrn Queen has infiltrated the satellite, and laid her eggs inside one of the sleepers. As the first of the humans wake, they face an attack by the emerging Wirrrn.

But not everyone is what they seem, and the only way the Doctor can discover the truth is by joining with the dead mind of the Wirrrn Queen. The price of failure is the Doctor's death, and the end of humanity.

This novel is based on a Doctor Who story which was originally broadcast from 25 January to 15 February 1975. Featuring the Fourth Doctor, as played by Tom Baker, and his companions Sarah Jane Smith and Harry Sullivan. 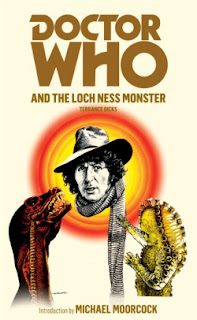 Centuries ago, a Zygon spaceship crash landed in Loch Ness. Now, with their home planet destroyed, the alien creatures plan to take over Earth. Their most powerful weapon is a huge armoured dinosaur-like creature of terrifying power that they brought to earth as an embryo - the Loch Ness Monster.
The Doctor, Sarah and Harry soon discover that the Zygons have another weapon. They can assume the identity of any human they capture. Who knows which of their friends might really be a Zygon?
UNIT faces one of its toughest battles as Broton, Warlord of the Zygons, puts his plan into action and the Loch Ness Monster attacks.
This novel is based on a Doctor Who story which was originally broadcast from 30 August to 20 September 1975. Featuring the Fourth Doctor, as played by Tom Baker, with his companions Sarah Jane Smith and Harry Sullivan and The Brigadier.
Thanks to BBC Books