10 Planets The Doctor Should Revisit

As Doctor Who still persists in refusing to be on the telly at the moment (well, new episodes at least), our minds at Blogtor Towers turn to the future. And the past. (Anything but the Time Lord~less present.) Included for your perusal is a Top 10 of planets that The Doctor should take another trip to... Feel free to comment below. 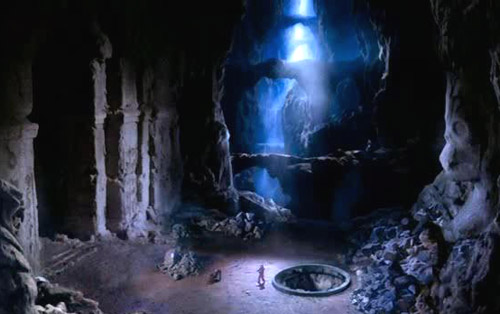 Granted, this would be a toughie. But those who have seen The Black Hole may remember that there seems to be stuff existing inside a Black Hole, so it's perhaps possible. #DisneyScience Anyway, I'm sure the Devil would be able to create some kind of existence in such a hostile environment (insert "obviously never lived in Glasgow" gag here). Mind you, Doctor Who can time travel, so why not go back and discover the fascinating civilisation that lived there before those dumb Earthies went there and effed up all those poor Ood. 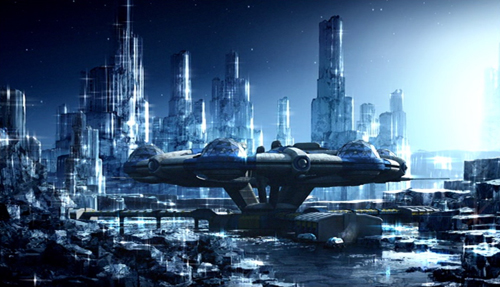 You know, whatever that thing was (the "Midnight Monster"), it's still there.... Picture the scene, the Pleasure Palace (I think that's what it was called *coughs*) is reopened as "The Spa of Doom" and the MM has finally made its way to the resort; awaiting to find new form or blast its inhabitants with X-tonic radiation. I picture a disaster movie kind of vibe as the leisure seekers are picked off one~by~one, until Mr You~Know~WHO arrives... AND we never go to see that Sapphire Waterfall! 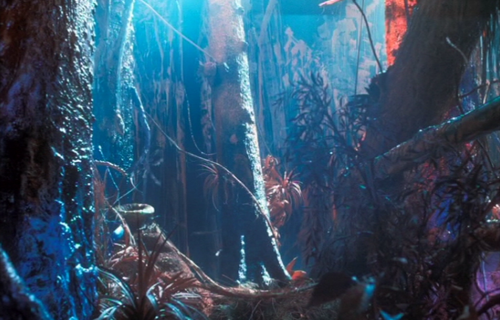 
The first from the "classic" era (not my words) in the Top 10 (but not the last), Planet of Evil (mwah, ha ha) got all Jeckyll and Hyde on our collective asses, plumping our heroes on jungle planet, Zeta Minor. This cracking Tom Baker tale was beautifully realised (not to mention shot) and remains a treat on the eyes to this day. And you can't have enough stories about "anti~matter", or on jungle planets... 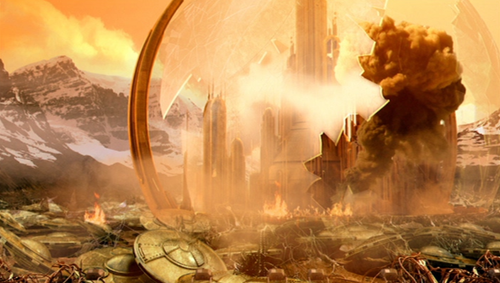 7. Gallifrey
Predictable as ever, Blogtor. 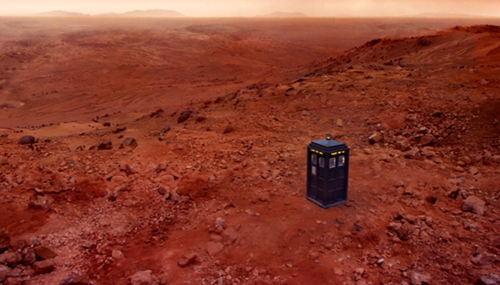 
It's odd that our warring cousin has been used so sparsely in Who. Ice Warriors fans, in particular I'm sure, would like to see what lies on/in/around their "icey" home world. The Red Planet has had numerous mentions (Image of the Fendahl and The Sun Makers, for example) and we've even sent doomed missions there (The Ambassadors of Death and The Christmas Invasion) but it wasn't really until The Waters of Mars (Blogtor's review HERE) where we got a good look at it. And I didn't see one bloody Pyramid! Poor Sutekh. 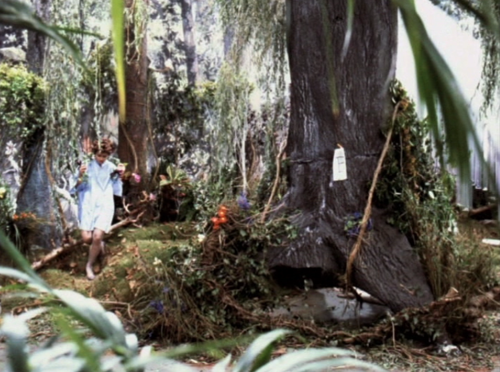 Ah, Kinda. One of my favourite Doctor Who tales. Ever. (Blogtor's review HERE). By Eighties' standards, the evocation of the jungle planet (not another one!) was sublime, even more so if you ignore the studio floor. Apart from its sumptuous visuals, Deva Loka has an interesting history and an even more intriguing sex battle going on. And by that, I mean a battle of the sexes - not some kinda weird thing that you were thinking about... Mind you, The Sex Battle Planet sounds quite interesting.

Predictable as ever, yet again, Blogtor. (Apparently it was destroyed, but if Dalek "Chaka" Caan can fly in and out of the Time War, then anything's possible.) 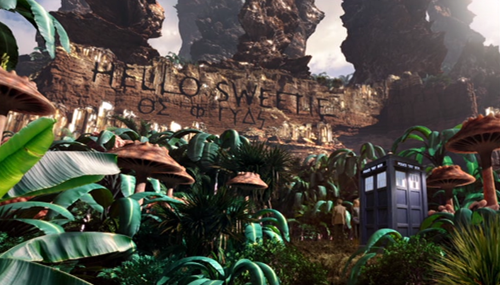 Nice mushrooms! Peter Davison would have LURVED this place. We got a tantalisingly brief glimpse of this jungle planet (are you kidding me?? - Ed.) in the Series 5 finale, The Pandorica Opens. On that occasion, Matty S was just popping by to pick up an old~fashioned text message from his future "wife", River Song. One wonders what other messages are there waiting for him? A note from Rose asking, "Pick up some milk"? A post~it from Romana to say, "Gonna be late. E~Space traffic a nightmare!"? A stickie from Adric asking, "Why did you let me die?" 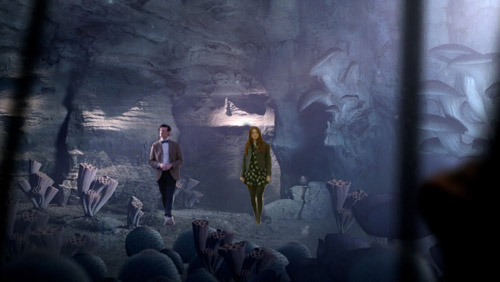 Considering its proximity, it's a tad bizarre that our orbiting planetazoid (I asked Prof Brian Cox and he said that that is an actual, proper and definitely not~made~up thing*) hasn't been used more often. Sure we've seen some Cyber action and some Judoon~transporting~a~hospital~action but a story utilising the moon would be a hoot. Preferably in it. Can't they just do a re~write of H.G. Wells' The First Men in the Moon? Perhaps Doctor Who could meet Wallace & Gromit having another grand day out whilst he's there...? #crossoverSequel 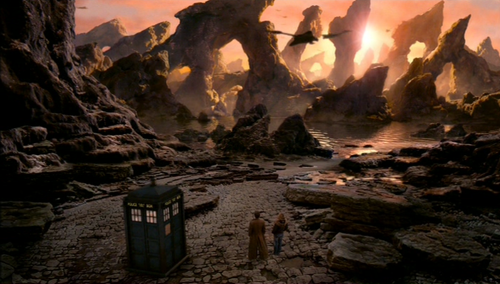 1. The Planet at the start of Army of Ghosts

Not exactly the most catchy name but I've been unable to find its "proper" name (my research consisted of asking once on Twitter at 2am). In my dreams I imagine that it's called Planet Zog. From what we've seen, however, it might be more appropriate to call it Date World, as Doctor Davey T and Rosey Billie P appear to get very hands on and all "emotional"... In all seriousness (*adopts serious tone*), it's a wonderfully rendered vista and gold stars to the designers and CGI boffins who put together TPATSOAOG. Absolute top work that makes me wanna go back and see some more.
RECENT POSTS
Series 7 to premiere in August
Dalek impersonator on Britain's Got Talent
Matt Smith in Going for Gold – The ’48 Games
Classic Doctor Who novels reissue!
Rise of the Cybermen/Age of Steel commentaries
Tweet