Do You Have Dr Who Treasures In Your Attic?

AudioGO has launched their second ever Doctor Who at the BBC Appeal and are keen to hear from anyone who has off-air recordings of Doctor Who-related items from BBC TV and radio programmes, particularly those recorded in the 1960s, 1970s and 1980s. These could include interviews with the cast and crew of Doctor Who, features on the making of the series, discussions about Doctor Who, or even comedy sketches. 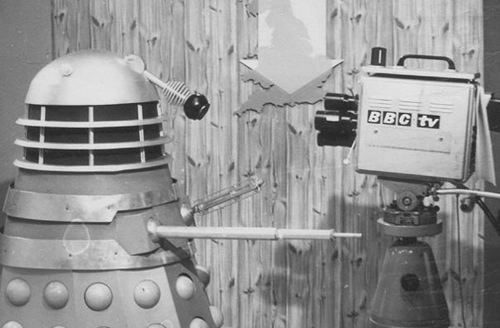 Any usable contributions will be gathered together in a new volume of Doctor Who at the BBC to be published as a CD or download in 2013. The original appeal in 2005 led to several rare finds, some of which appeared on Doctor Who at the BBC Volume 2 (there have been six so far, all currently available to download).
If you have something which you think might be of interest, please drop an email to info@audiogo.co.uk, with the subject header Doctor Who at the BBC Appeal. All you would have to do is send AudioGO either a copy or your original on loan.
RECENT POSTS
LOST DOCTOR WHO FOOTAGE UNEARTHED!
WIN a PS3 & Doctor Who: The Eternity Clock!
Dougray Scott in Series 7
Bert & Dickie trailer
Matt Smith at The 11th Hour convention