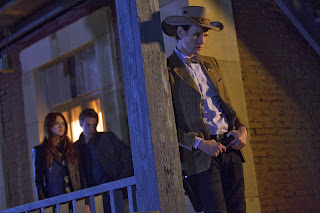 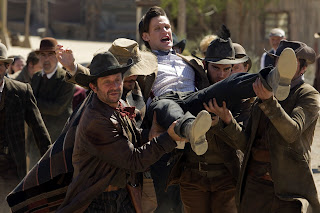 The BBC have released the synopsis for Doctor Who Series 7, Episode 3, A Town Called Mercy - check it out below. Click on the pics for bigger versions.

The Doctor gets a Stetson (and a gun!), and finds himself the reluctant Sheriff of a Western town under siege by a relentless cyborg, who goes by the name of the Gunslinger.

But who is he and what does he want? The answer seems to lie with the mysterious Kahler-Jex, an alien doctor (yes another one!) whose initial appearance is hiding a dark secret.

Written by Toby Whithouse and directed by Saul Metzstein, this episode stars Andrew Brooke (the Gunslinger), Ben Browder (Isaac) and Adrian Scarborough (Kahler Jex).
A Town Called Mercy airs in the UK (7.35pm) and North America on Sept 15th, in Australia on Sept 22nd and in New Zealand on Sept 27th. New promo pictures from Dinosaurs On A Spaceship will be released on Tuesday at 00.01 whilst you can read Blogtor's spoiler~free review on Sunday. 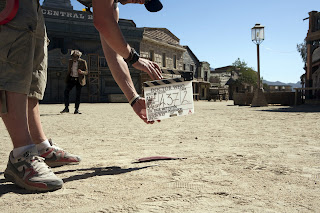 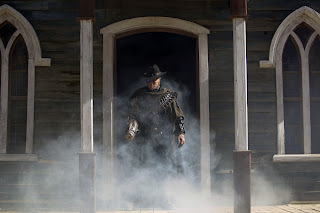 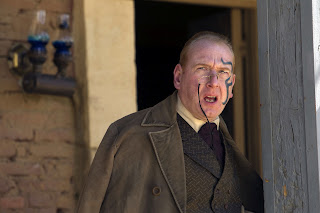