Here it is! Blogtor's personal countdown of his 50 favourite Doctor Who television stories, one a week till the big day in November 2013. Now, just to point out, this choice is purely my own. So don't expect reasoned debate or objectivity. Or even the need to please every fan out there. This is my list, and I stand by it. I will also add that I've seen every Doctor Who story released (at least twice), so I feel like I know what I'm talking about. Anyway, enough chittle of the chattle, let's begin... 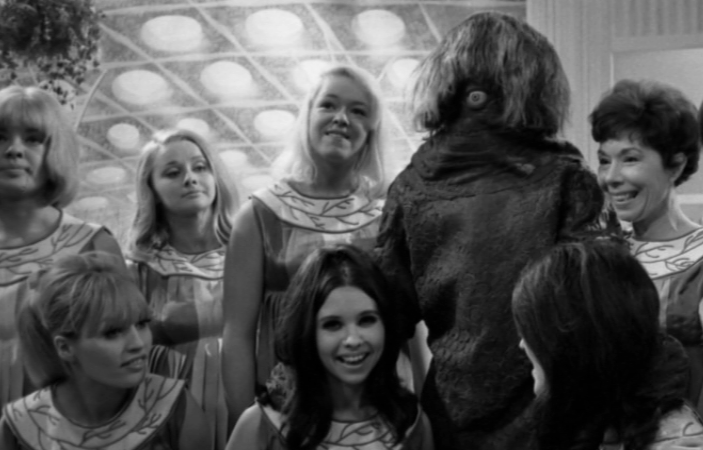 
I know this is a story that gets a bit of derision in some quarters (namely the invisible aliens, the Refusians, and their "enemies", the Monoids) but the reveal of the statue at the end of The Plague does very special things for me - truly one of the best cliffhangers in Whostory. And it's a story brimming full of invention and possibilities.

The Ark is wonderfully and unusually presented, almost like two stories; one the sequel of the other. It kicks off with some tremendous jungle footage along with some animals. Real life animals! As with many stories in the William Hartnell era, the opening episode is usually the most striking and it's true here too. A cracking beginning.

Back to cliffhangers and The Steel Sky (the first part) denouement is superbly realised as we watch the Earth hurtling towards its destruction on a scanner. Terrific, epic stuff.


Also pleasing is the notion that The Doctor and his chums affect the environment they find themselves in; Dodo has brought the common cold. Bless. In a War of the Worlds style twist, the locals on the ship start to suffer and Team TARDIS find themselves on the receiving end of some mob mentality. Thankfully all ends well and our heroes leave after two episodes and onto another adventure in space and time! 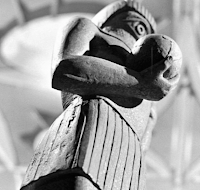 Or is it forward?


And so we see that aforementioned brilliant reveal of The Monoid statue (which should have been a human one!) which is now in the future but in the same space (is your mind blown yet?). The one-eyed former slaves have taken over and enslaved the humans in another cracking twist.


But the potential isn't fully reached. The ideas of slavery and how the humans treated the Monoids isn't explored and the fascinating sci-fi tropes are somewhat forgotten in favour of the cliched Humans Vs Aliens motif so, typical of the time. The dialogue reflects the gear shift with classics like this zinger from a Refusian:

"Once we had a shape and form something like you. Then there was a galaxy accident." 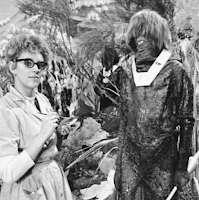 The words "galaxy" and "accident" are just hanging there in the air, aren't they? Well, those familiar with the story will know where this is going, check out this belter from a Monoid in the same episode:

"Take them to the security kitchen!"


Yup. The Sixties were a ca~ray~zay time. You couldn't just have a kitchen. You had to have a security kitchen! (I am aware the tale is set in the future, by the way.) Even still, as a whole, The Ark doesn't outstay its welcome and is a fun adventure throughout. There's something about the rather earnest to-ing and fro-ing between the various races. Billy H seems to enjoyable the invisible nonsense immensely but there's a simplicity which I find endearing and thoroughly rewatchable. Its true potential isn't achieved but this slice of 1966 action contains numerous memorable moments and is a testament to the show's early years. 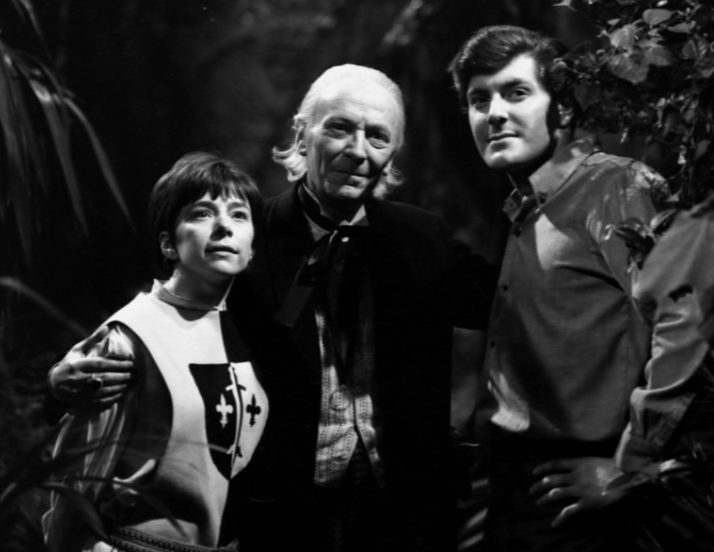