The BBC have released interviews with the essential players in the Doctor Who 2012 Christmas Special, The Snowmen. Check out what the gang had to say below. Visit the episode section HERE for more news, clips and pics. 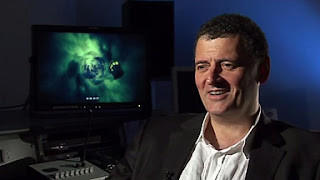 ﻿What can we expect from the Christmas special?
The Christmas episode is Doctor Who, only more so, and this year we're going for more epic. The Doctor, when we meet him, isn't in a good place. A bit like when we first encountered William Hartnell as the Doctor in 1963 - or indeed Christopher Eccleston in 2005 - this a cold and withdrawn Time Lord, wanting no part of the world around him. It's going to take a lot of Christmas spirit to get him back out those TARDIS doors.

Are there any new monsters?
Well there are Snowmen. You've probably guessed that from the title. But that's not all. Dear me, no! But monsters should always be a bit surprising, so that's all I'm saying.

How do you find writing the Christmas special as opposed to a regular episode? Does it differ at all?
You're very aware of the time of year, and the noisy, sugared-up, slightly tipsy household. Sometimes we play along with something a bit frothier. Though this year, we might just give them a fright!

Last time we saw the Doctor he said goodbye to the Ponds. Will we see a different side to the Doctor in this episode?
The Doctor is almost defined by his friendships. When they end, and the TARDIS is silent again, he's a very different man. He's lost a lot of people in the time we've known him, and this Christmas he's decided he's finally had enough...

This episode welcomes Jenna-Louise Coleman. What can you tell us about her character?
It's going to quite a journey of discovery with Jenna and her character - and it doesn't start here, it starts on Christmas day. For now, enough to say, that the Doctor in his darkest hour, long ago in a Victorian winter meets the exactly the right person. Or does he?
_____ 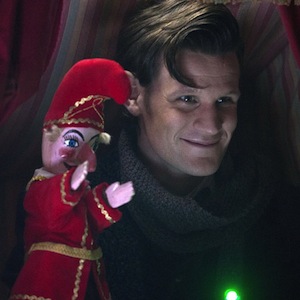 "Lots of snow and a rather good villain." Matt is chatting enthusiastically about this year’s Christmas special, The Snowmen. Set in a Victorian snow-covered England, the episode opens with the Doctor feeling more ‘bah humbug’ than festive, as he struggles to get over the loss of his companions the Ponds.

"He is slightly removed and not at his best," explains Matt.  But after the Doctor meets a feisty young governess, Clara, played by Jenna-Louise Coleman, do we see a change in the Doctor? "You get to see a different side to him," Matt explains. "She is a very different to Amy Pond. That is the great thing about this show," he continues, "reinvention - it keeps me as an actor on my toes!"

As well as seeing Matt Smith’s Doctor for the first time without his old companions, Matt will be sporting a new costume, complete with top hat. "It is a bit like the Doctor meets the Artful Dodger," says Matt.

So can we expect to see a period of grieving following the loss of the Ponds? "Grieving has its place," says Matt, "but it is important to show that and then propel back into adventure!"

And that is exactly what this Christmas special does. Matt reveals that this Christmas the Doctor will embark on a dangerous adventure – a quest that leads him to Darkover House, where something sinister is lurking. Richard E Grant features as this year’s villain, Doctor Simeon. "He was a delight and brilliant at being villainous. Some actors are just made for the show and he was one of them. And he looked wonderful in Victorian garb," says Matt.

Now a family tradition, Matt is chuffed to be part of the Christmas special. "I love being part of them. Family TV on Christmas day is a great tradition and Doctor Who is at the heart of that."
So will Matt be making an appointment to watch on Christmas day? "Absolutely, I can’t wait."

"She is from the Victorian era and a mysterious one," explains Jenna. "Very down to earth, but feisty and curious too with numerous jobs," she continues, revealing more about new girl Clara.

Set in Victorian England, we first catch a glimpse of Clara as a barmaid in the ‘Rose and Crown’ pub, but after meeting the intriguing Doctor, she soon sets about following him, because as Jenna explains, "He has the answers to her questions." With his self-imposed solitude, the Doctor appears uninterested, but eventually gets drawn in as an army of evil snowmen cover London and it becomes apparent that Christmas and the world are at risk.

With Matt Smith revealing that she is a very different to Amy Pond, how does Jenna explain the dynamic of the relationship between the Doctor and Clara, following the loss of the Ponds in the epic mid-series finale The Angels Take Manhattan? "She isn’t intimidated by the Doctor," says Jenna. "Instead, she finds him amazing and ridiculous. But she is on her own mission and lives by her own means. She is very resourceful."

As well as a barmaid, Clara adopts the role of governess to two children in Darkover House, where something sinister is lurking in their garden and whose last governess hasn’t yet left the premises...

After being selected for the coveted role of companion, Jenna started filming in BBC Cymru Wales’ Roath Lock studios earlier this year and made her first appearance in series seven opener Asylum Of The Daleks. So how has she found the job so far? "Everyday is really surprising," she explains. "For the last two years, I have mainly been doing period dramas, so to be thrown into this world with loads of CGI is very different. Whole new sets are built in the space of a couple of weeks. For this episode, we had snow machines and it does make you feel like a big kid!"

Stepping into Karen Gillan’s shoes, who played Amy Pond, did Jenna receive any advice? "Karen has been great," explains Jenna. "She has texted me advice on Cardiff, like where to eat. And Matt always has an ear out for me."

Unlike the Doctor in this festive episode, Jenna isn’t a Christmas grump: "I love Christmas and will probably be sitting down with the family to watch this adventure on Christmas day! It is one of the shows that can do Christmas properly and this is a proper Christmas treat."

RICHARD E. GRANT (Doctor Simeon)
"I have been told that on pain of death I am not allowed to reveal anything about my role in the Christmas Special," explains Richard, "other than that this character has never been in Doctor Who before..." 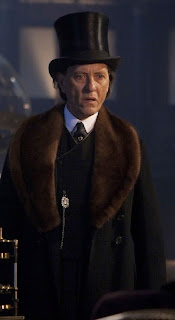 Returning to Doctor Who for the third time, Richard explains, "I have had two 'brushes' with the Who phenomenon before, playing the Doctor in the cartoon digital version and the Comic Relief spoof some years ago, before the franchise was re-booted with Christopher Eccleston."

Richard is tasked with playing this year’s villain, the mysterious Doctor Simeon, who, with a vendetta to settle from childhood, recruits an army of evil and hungry snowmen to bring together his plan.

So how did Richard enjoy playing the villain? "When you're born with a 10-foot-long face, you don't get hero roles, but I'm not complaining, as I have hugely enjoyed the wide variety of parts I've got to play."

Growing up in Swaziland, Richard has had to devote time to catching up on the British institution, he explains: "Having grown up in a country without TV, I missed seeing Doctor Who through my childhood, but I have made up for lost time since with box sets."

As the Doctor battles to defeat Doctor Simeon and his army, Richard shared many scenes with Matt Smith - so what did he make of working Matt? "I have really admired Matt from when I first saw him in a play called That Face at the Royal Court Theatre some years ago," says Richard, "and have keenly followed his career progress. He is the perfect fit for Doctor Who. His interpretation is very kinetic and fast-talking."

So will Richard be watching this Christmas? "I love Christmas and everything about it. I will be at home and watching TV after lunch, hoping I can stay awake after the feast!" 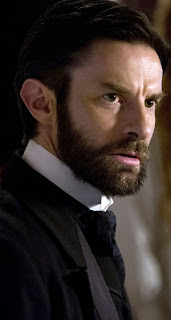 "He hasn’t been used to dealing with his children," explains Tom, as he reveals a small insight into his character, Captain Latimer. "He wants to love them, but he is an old naval captain that has struggled to build a relationship."

Tom plays an archetypal Victorian gent, complete with a rather good beard. "Yes it is," laughs Tom, as he confirms the beard is real. "You often get the obligatory moustache in a Victorian drama, but I wanted to go further and the beard seemed appropriate."

Having spent 10 years in a drama not necessarily accessible to his children, Tom reveals he is excited to have done something they can watch. "My children are very excited that I am in Doctor Who and I am glad they have something that they can finally watch! My oldest child is 10, so this will give him bragging rights at school and hopefully me a little bit of school gate currency."

So what drew Tom to the role? "It was one of the best scripts I had read in a long time, and the thought of doing a period sci-fi was really fun."

With Tom admitting that his Doctor is Tom Baker, he expresses admiration for current Doctor, Matt Smith. "He is brilliant. He kept the set feeling happy and is full of energy," says Tom. "He has a great relationship with the crew." As well as co-starring Tom, the Christmas episode will also feature Richard E Grant. "I had one scene with him," explains Tom, "and he was a legend. An absolute delight."

In this episode we also meet Clara, played by Jenna-Louise Coleman for the first time. "She is a brilliant actress," says Tom, "full of life and energy, so funny and has a great rapport with Matt."

With Tom confirming that his children are fans, will he be watching on Christmas day? "We have just moved into the country, so it will be the family round and the fire blazing. I don’t normally like to watch myself on TV, but this time I think I will make an exception..."

Jenna-Louise Coleman to get boyfriend in Who?
BFI celebrate 50th throughout 2013
Christopher Eccleston talks 50th
Tweet