Matt Smith (The Eleventh Doctor) and Jenna-Louise Coleman (Clara) have been discussing their favourite episodes from Doctor Who Series 7 Part 2 with the BBC. The former favours the third episode, Cold War, set on a Russian submarine spiralling out of control in 1983 with an alien creature (Ice Warrior) loose on board, having escaped from a block of Arctic ice. Matt states: 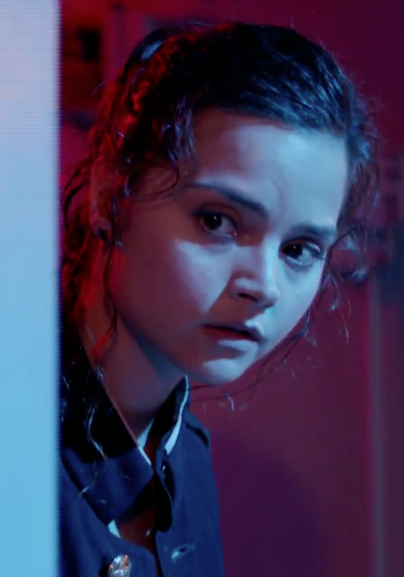 "They built a submarine and the five-year old in me was like 'Yeah it’s a submarine!', I loved getting sprayed down at the beginning of the shoot and it wasn’t a chore as it does so much of the acting for you, making it really authentic. Mark Gatiss has delivered one of the best episodes of the series."

The latter says of the returning classic Doctor Who monster, the Ice Warrior:

"They were terrifying! I think this is the first time Clara is really, really scared. The whole set was really realistic and built to size, which wasn’t too much of a problem for me. Before every take they would come and spray us, the whole make-up process was reversed as they would damp us down in the morning and rub my mascara off! We were soaking wet for two weeks."

Also starring in the Mark Gatiss tale is screen legend David Warner - take a look at him in the episode HERE. The new companion actress, Jenna-Louise Coleman added: "I really like The Rings of Akhaten as and it’s the first proper adventure for the Doctor and Clara."

Doctor Who Series 7 Part 2 airs on March 30 in the UK and North America whilst it starts a day later in South Africa, Poland and Australia.