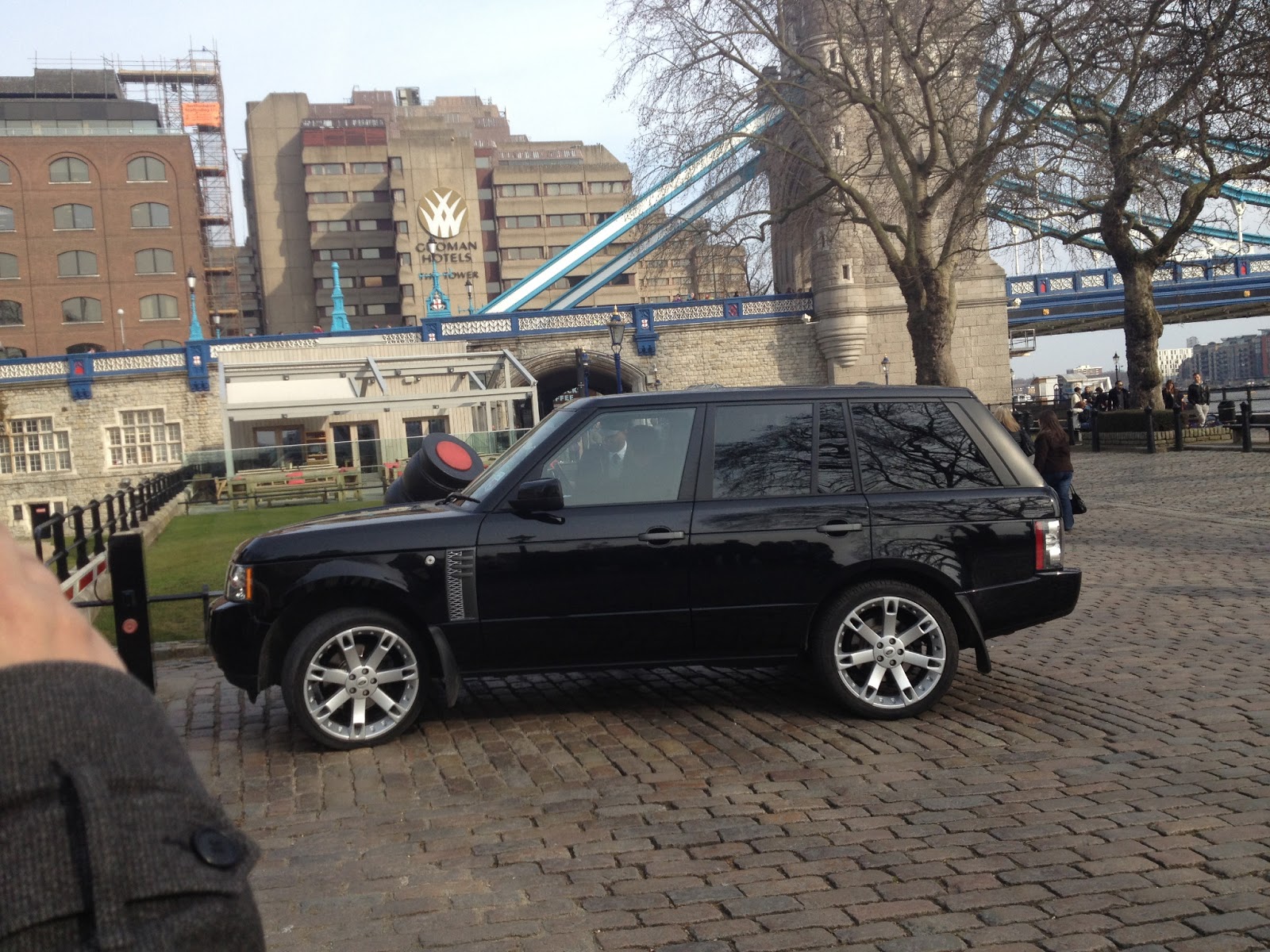 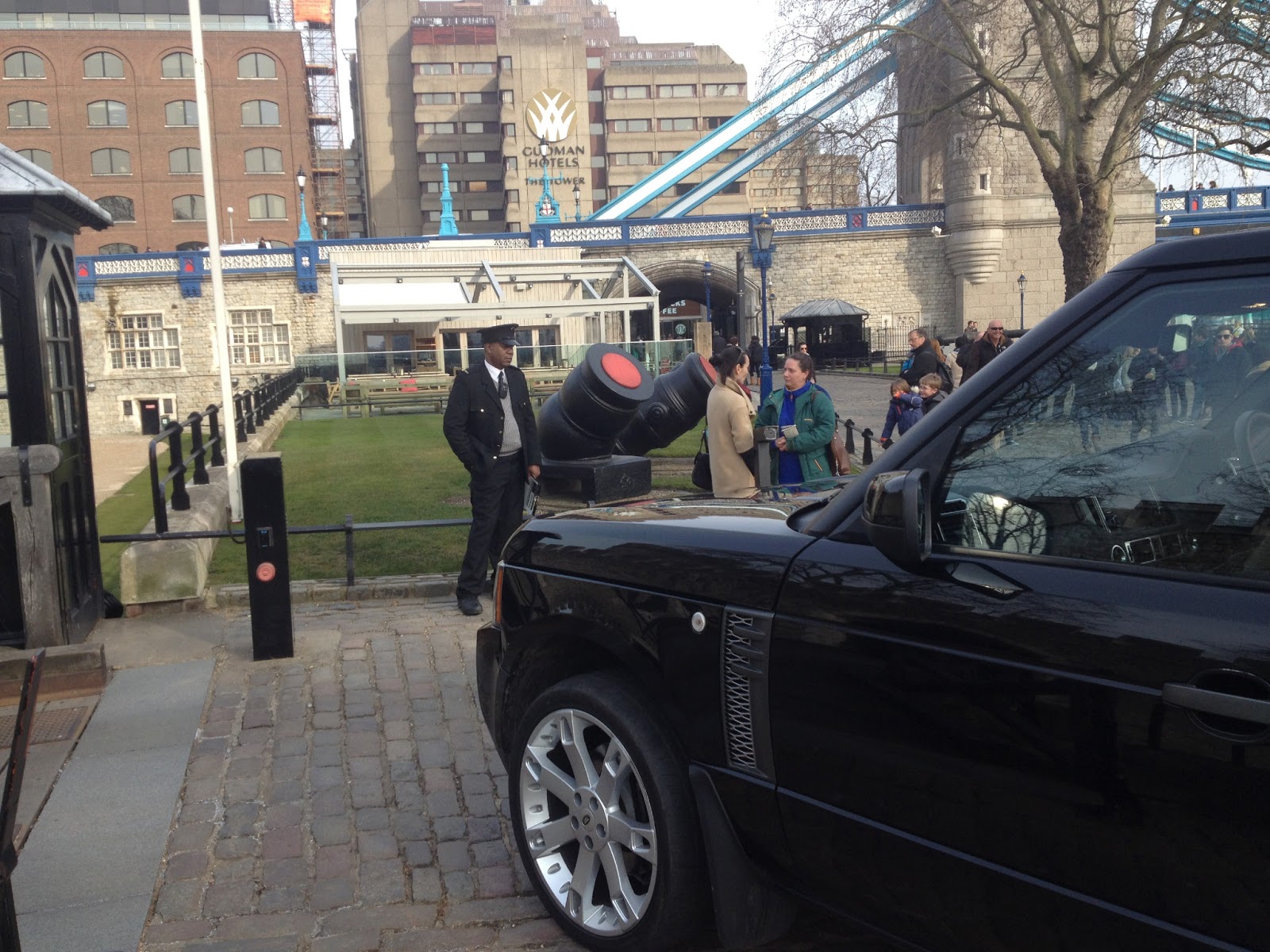 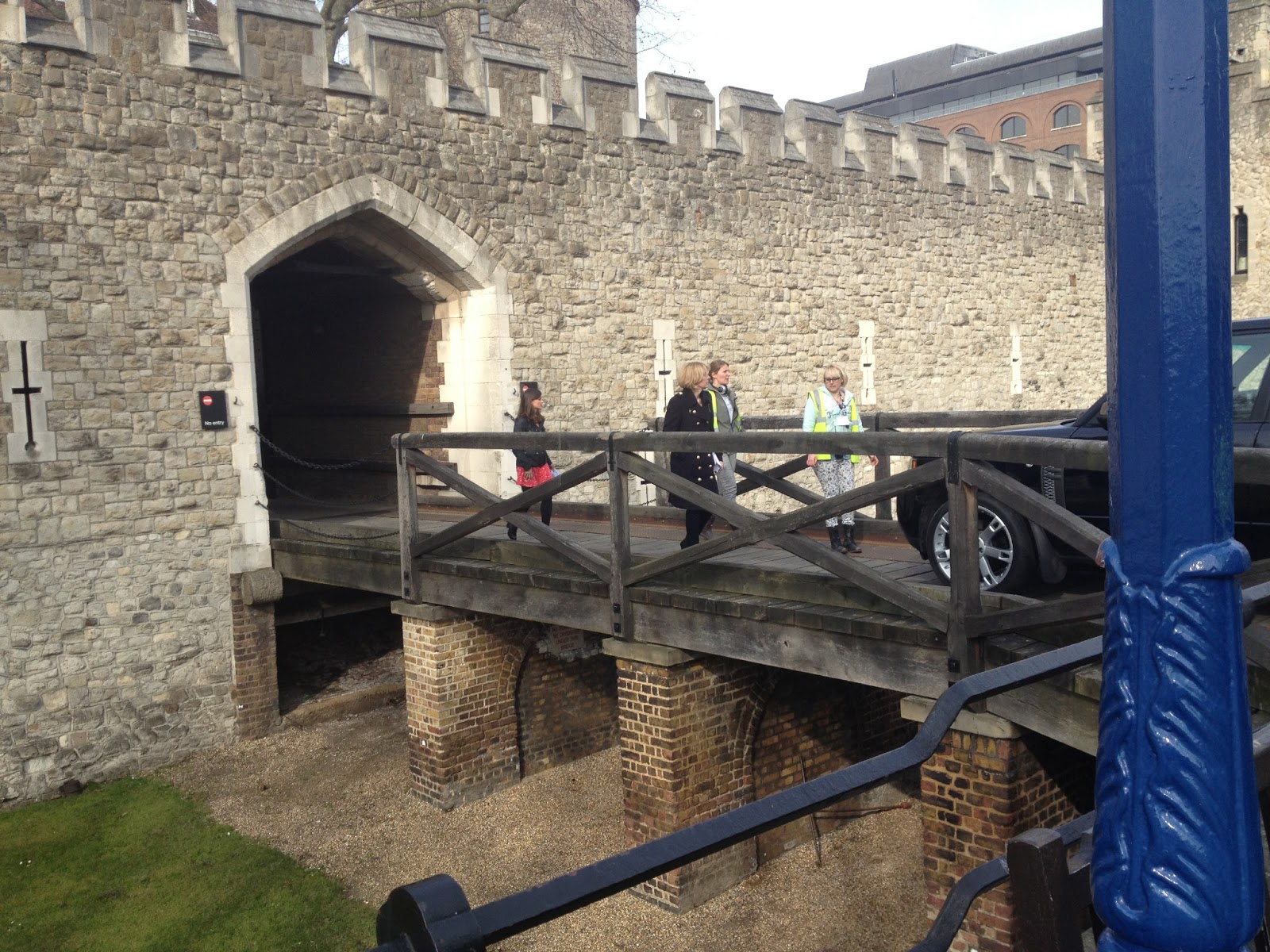 Earlier today in London, filming took place on the Doctor Who 50th Anniversary Special and Blogtor popped by to take some pics - click on them for bigger versions. The scene was filmed at the Tower of London and featured Jenna-Louise Coleman (Clara) and Jemma Redgrave (returning character Kate Stewart). Actress Ingrid Oliver is also starring in the episode, though I didn't spot her on set.

During the scene, featuring Jenna-Louise Coleman and Jemma Redgrave in the car pictured, Clara could be heard to ask, "What about the Doctor?" whilst Kate Stewart could be seen mentioning, "the Unified Intelligence Task force".

Later the filming moved to Tower Bridge, where they shot scenes in front of the Tower of London and panning shots of the London skyline. Pictures you can see producer Marcus Wilson, production designer Michael Pickwoad and director Nick Hurran. 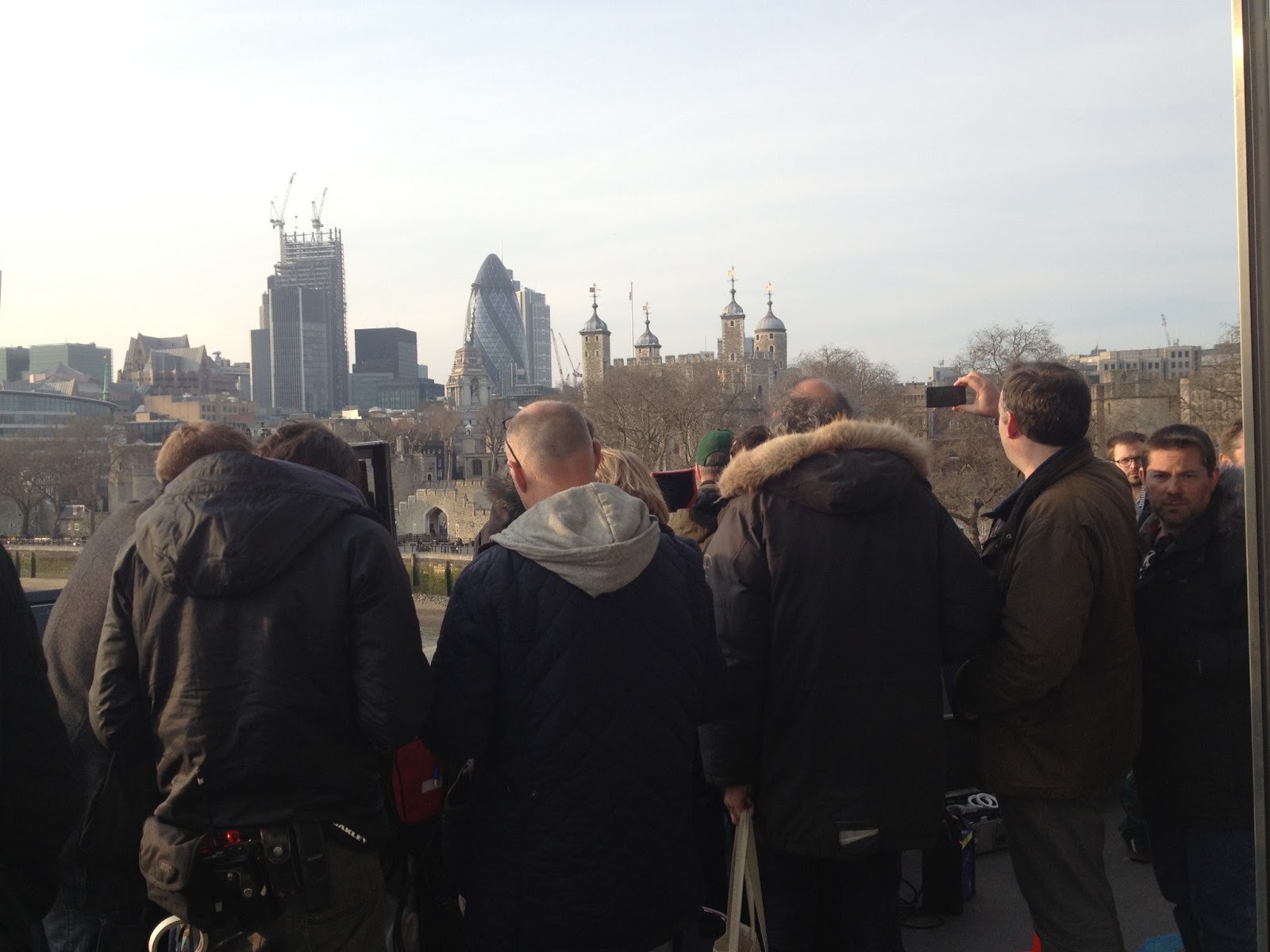 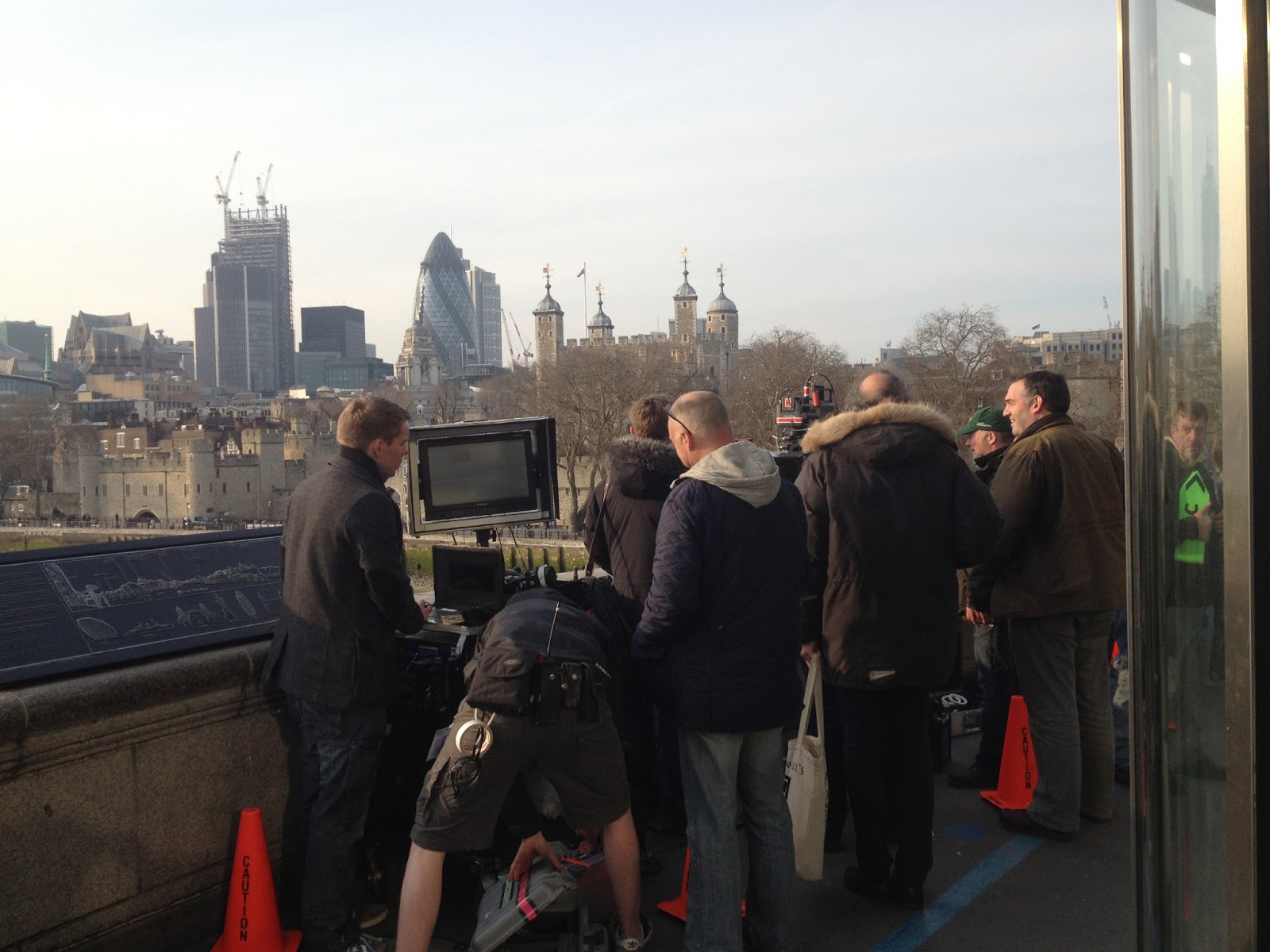 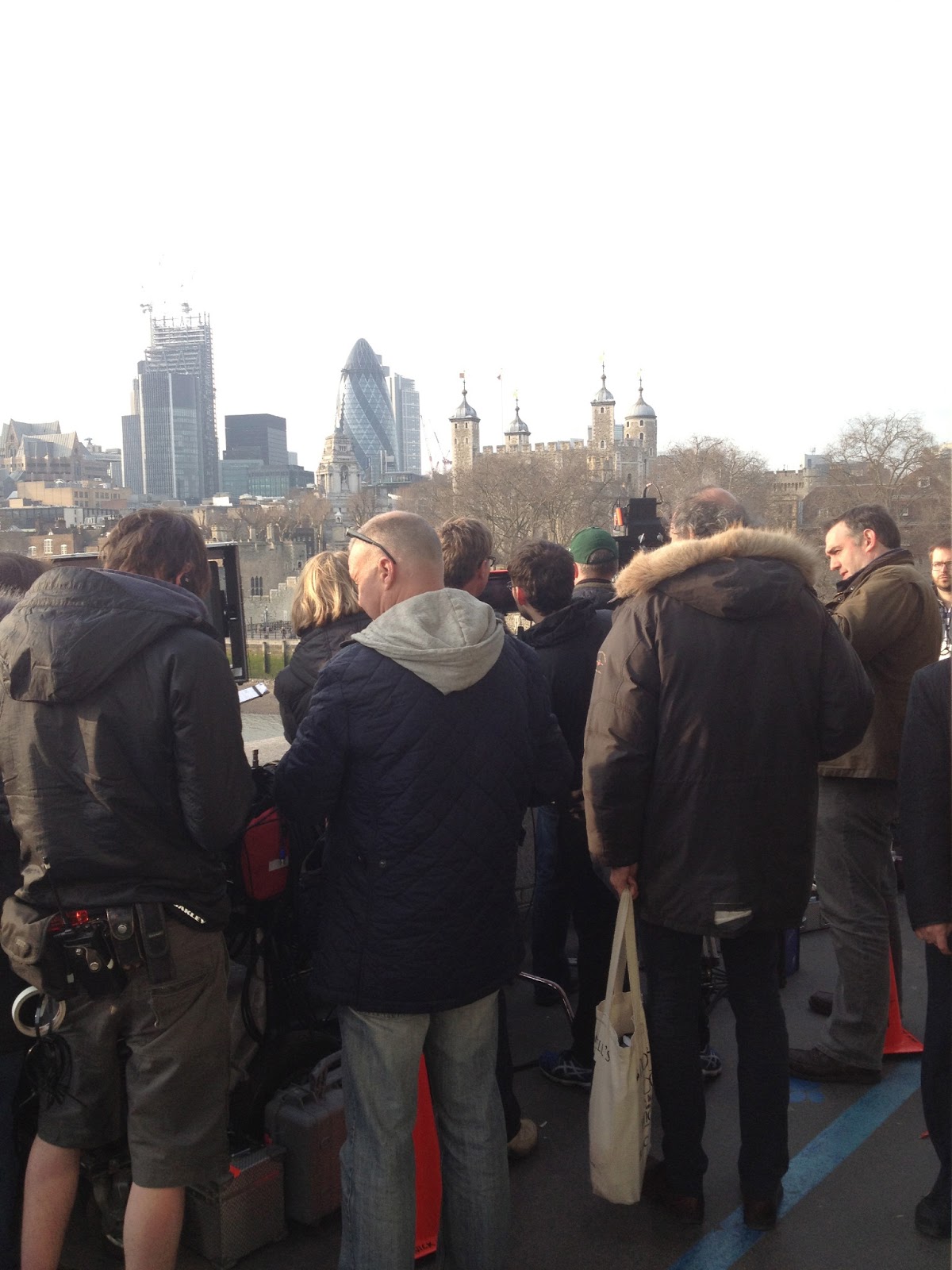 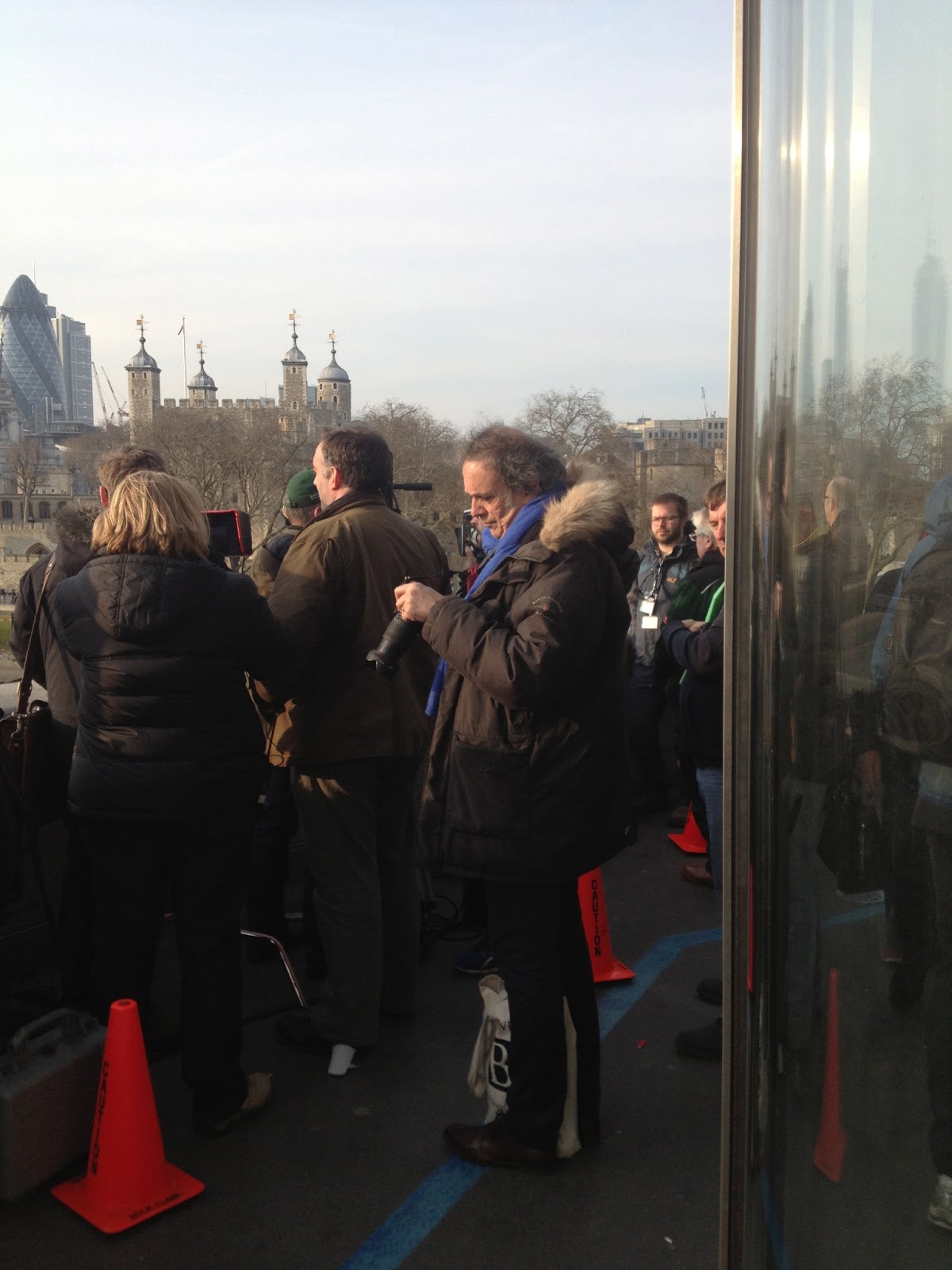 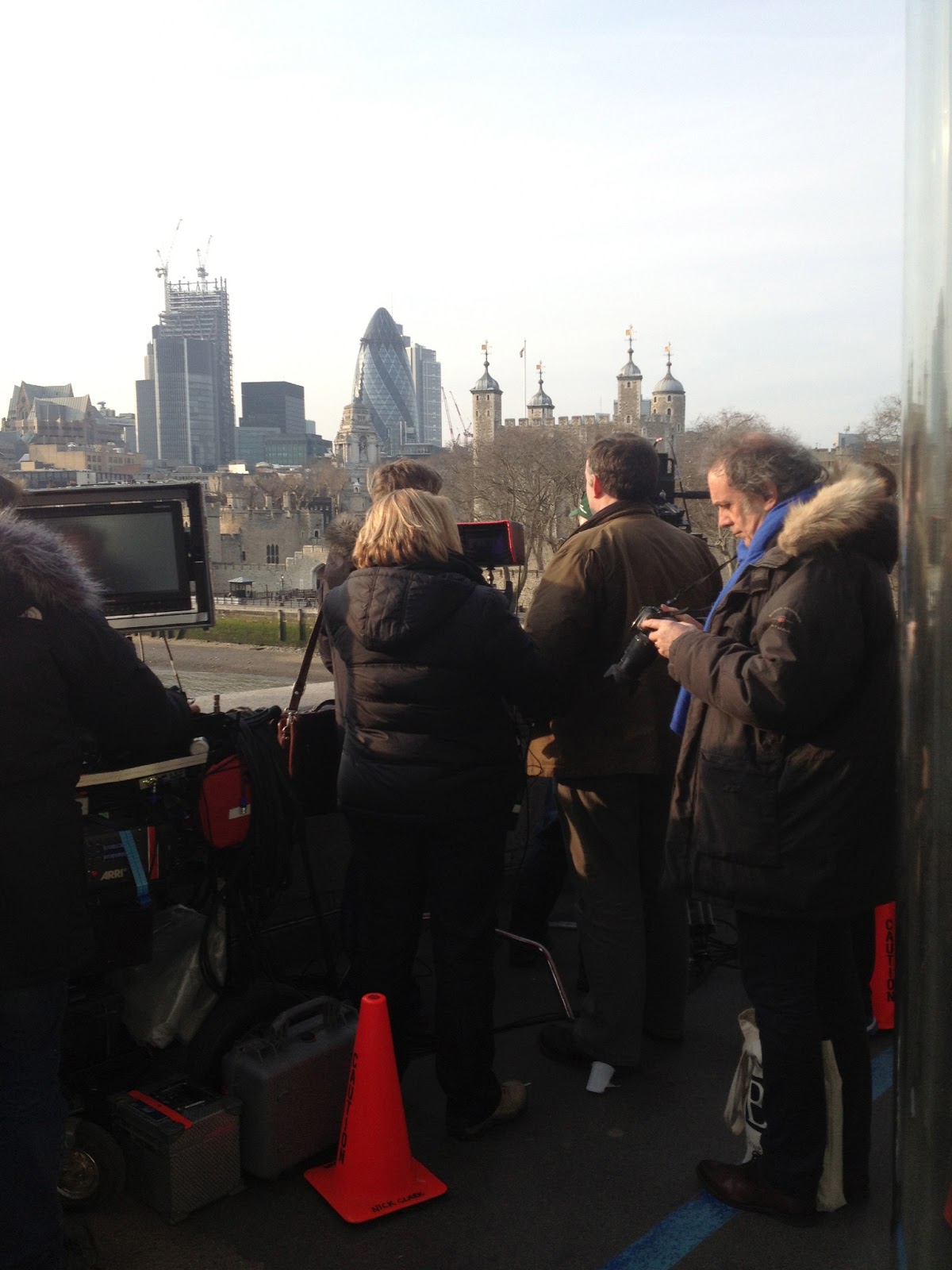 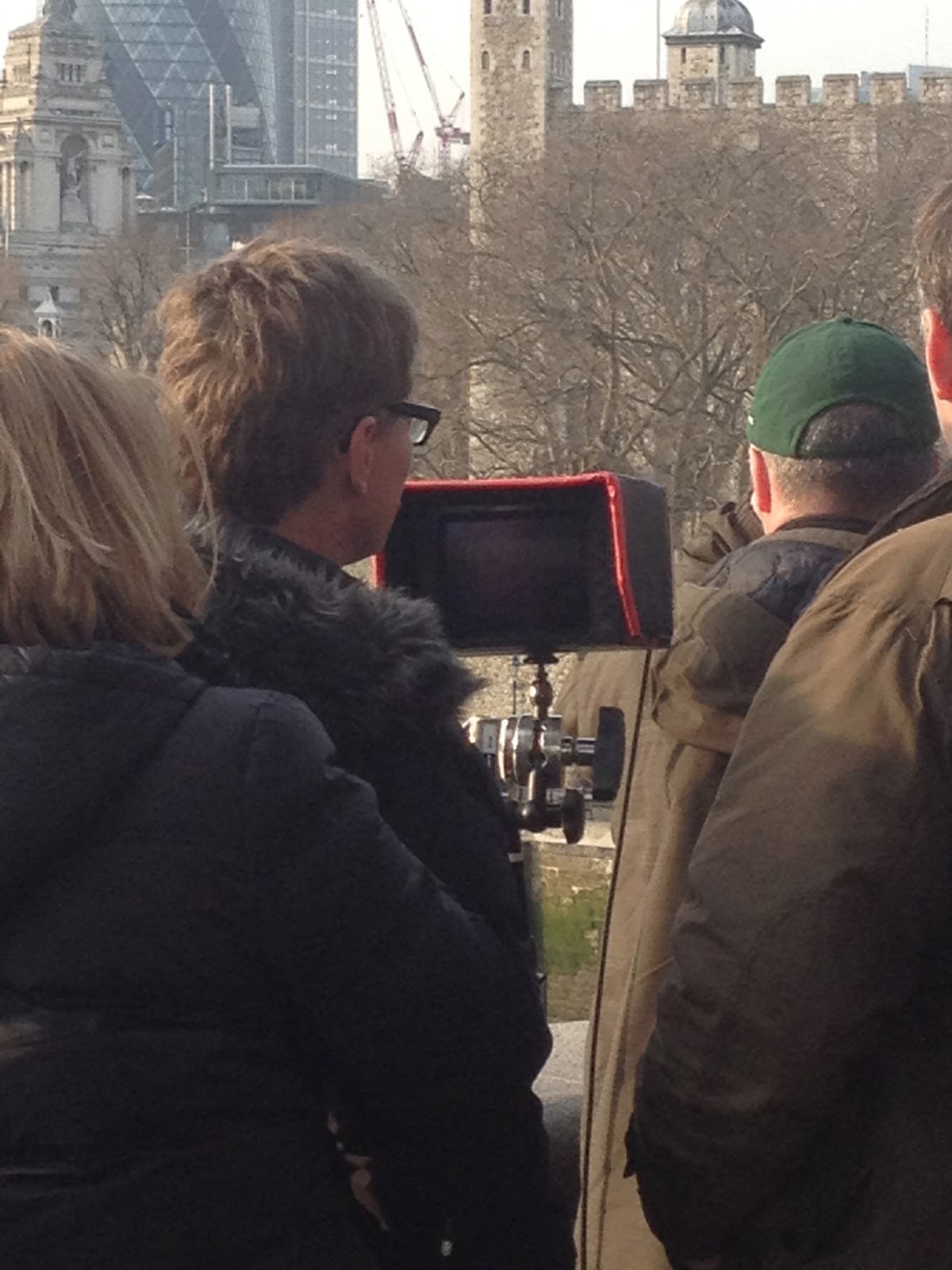 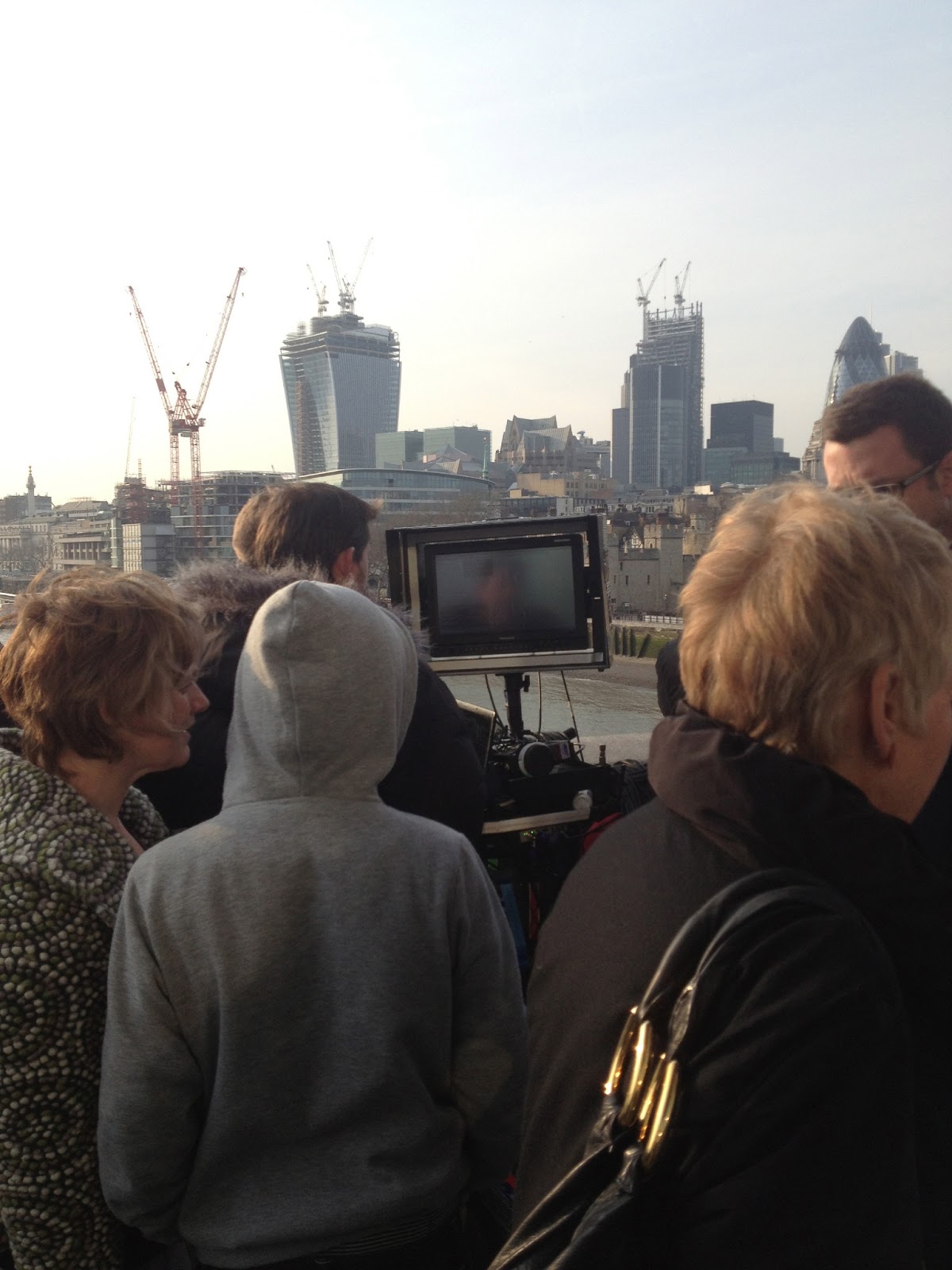 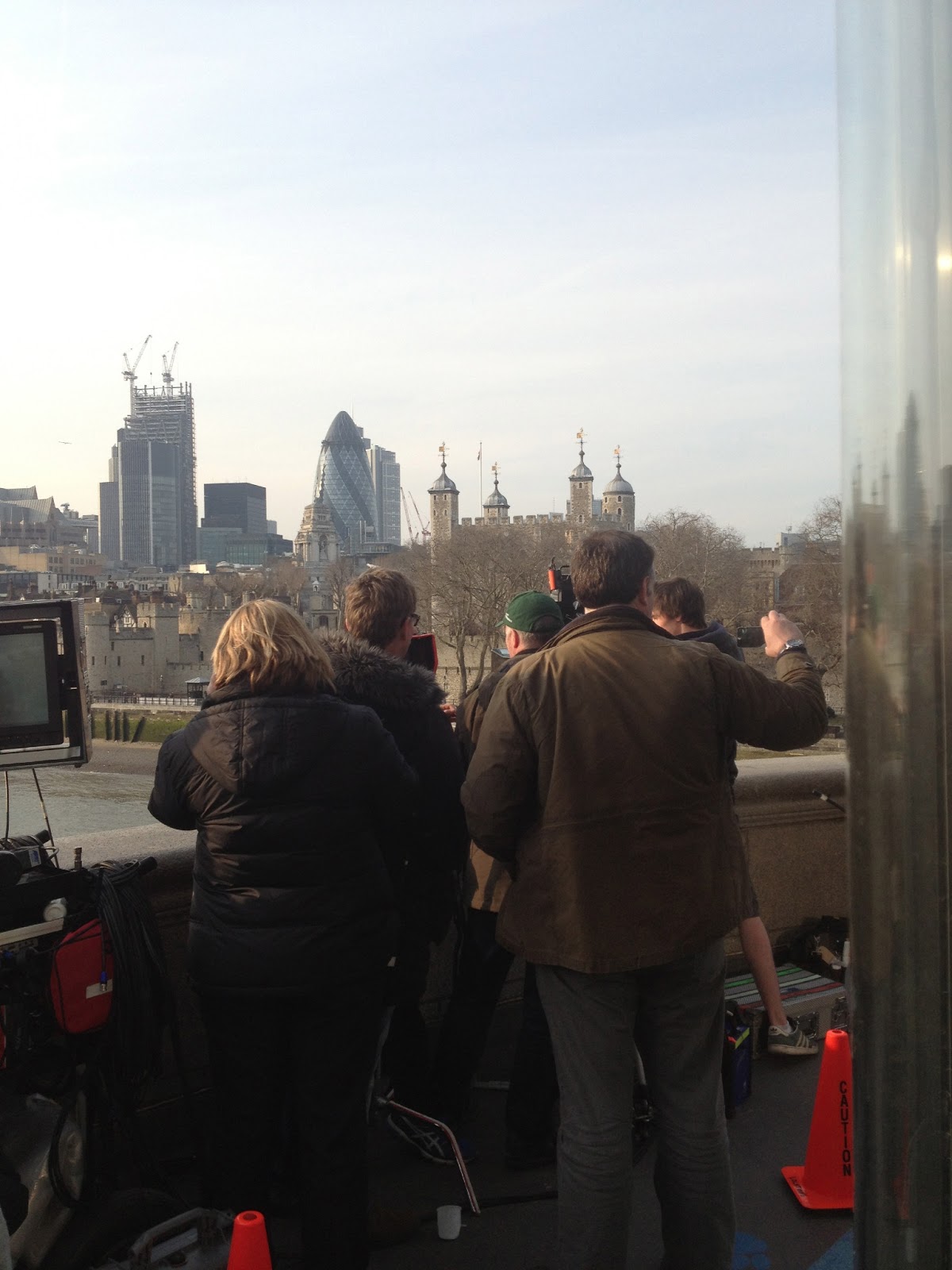