REVIEW: The Mind of Evil DVD


THE MIND OF EVIL

STORY
The Mind Of Evil is certainly one of the most undeservedly lesser-known Doctor Who stories of all time. That is certainly due to the fact that until very recently it was only available in black and white (due to the BBC destroying many of the early copies of Doctor Who stories). However, the story was recently chosen by the BFI (British Film Institute) to represent Jon Pertwee’s era as the Doctor for the 50th Anniversary celebrations. 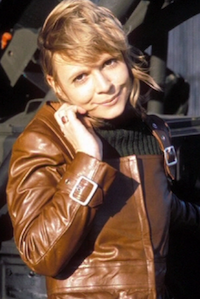 It may not seem like the most obvious choice but it is certainly an appropriate representation of everything the programme was during the Pertwee era. It features the Third Doctor and his longest serving companion Jo Grant, the Master is disguised and secretly in on the action and the UNIT family are all present. The focus of the story is of a political and then-relevant nature with its sci-fi spun comment on an alternative to hanging as a capital punishment.

It’s a six-parter which may normally have some pacing issues but there is so much going on here that for the most part everything whizzes by at a decent speed. At Stangmoor Prison the Keller Machine has been created to remove all evil impulses from hardened criminals, but when the Doctor and Jo turn up for a demonstration people start dying in ways directly related to their biggest fears. The Brigadier and UNIT are co-ordinating security for a World Peace Conference, and Captain Mike Yates is charged with transporting and disposing of a nerve-gas missile. There are prison riots, helicopters and lots of stunt work from HAVOC. This is certainly the closest Doctor Who ever comes to the similarly-loved British institution of James Bond and also has influences from A Clockwork Orange. Overall the story is engaging, clever and worthy.

The colour-restoration work varies throughout. Episodes Two through Six have strong colour signals embedded in the black and white film recordings making it possible to use a colour recovery process but strangely these episodes don’t always look that great. Episode One which lacks the necessary chroma-dots needed for this process has been carefully recolourised, frame by frame by Stuart “Babel Colour” Humphryes. His work is first-class and is more than worth the wait. The pain-staking hours put in to the restoration of the first episode clearly shine through and surpass the rest of the recolourisation.

The Mind of Evil is a story that famously went massively over-budget so it’s great to finally have this visually and theoretically impressive story back to its former glory and in full colour for the first time in over forty years. 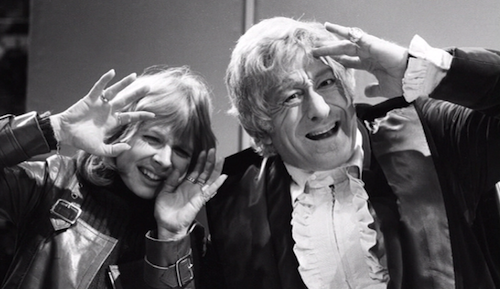 EXTRAS
The Military Mind is another excellent documentary from classic Doctor Who range DVD stalwart, Chris Chapman. This lovely location piece shot at Dover Castle, which stood in for Stangmoor Prison, has, rather like the story itself, sat waiting for release since 2009! This making-of documentary excellently covers the whole production of the story, from influences, casting and setbacks to costumes, overspends and on-set gossip. It rather poignantly includes interviews with Nicholas Courtney (The Brigadier) and Barry Letts (Producer) who are sadly no longer with us. The docco features some lovely insightful stories from the assembled cast and crew which also include: Pik-Sen Lim (Cap. Chin Lee), Fernanda Marlowe (Corporal Bell), Terrance Dicks (Script-Editor) and Timothy Combe (Director).

The tear-jerking resolution that the whole cast had a very strong admiration for Timothy Combe and how regretful he was to have never worked on Who again is handled beautifully. The whole thing is rounded off superbly with a voice-over provided by the familiar dulcet tones of a certain Blogtor Who himself, Cameron K McEwan. Aside from some rather strange animated credits at the end, it’s another triumph for Chapman.

The Now and Then location comparison is not quite as good. The shot comparisons are handled very well but the feature seems to contradict its predecessor. One stating that a re-shoot at Dover Castle was mounted due to damaged negatives and the other stating that this was warranted by a lack of close-ups being shot in the first place. [Editor's note: see comments section.]

Behind The Scenes: Television Centre is an interesting addition which follows Norman Tozer around a day in the life of BBC Television Centre. It’s a now-fascinating expose and features a few little references to Who, where we see The Mind of Evil hospital set, a model of the TARDIS and the giant eye-stalk from The Claws of Axos.

The audio commentary is lively and informative, filling us in with a few more bits of gossip and some memories from the production; it’s always a good one with Toby Hadoke at the moderator helm. The release also features the usual and as as always enjoyable Programme Subtitles, Photo Gallery and Radio Times Listings, and also a 1971 Kellogs Sugar Smacks promotion and an exciting Coming Soon trailer for the Blu-Ray release of Spearhead From Space.

The one extra I feel this DVD is missing is anything discussing the colour-restoration. I suppose the DVD was already long overdue and there simply wasn’t time to add any additional material, but it seems a shame for this to have been omitted. That being said it’s a strong, well rounded release and leaves only one complete story still unreleased on DVD, the much anticipated Tom Baker adventure, Terror of The Zygons.

BLOGTOR RATING 8/10
Thanks to BBC Worldwide