With news that Matt Smith is to leave the role of Doctor Who (read all about it HERE), many people are wondering who should play Doctor number "12". So here are my 12 suggestions for The "Twelfth" Doctor - based on likelihood of playing the role and availability. Let the insanity begin! (Feel free to leave your thoughts in the comments section below.)

12. RUSSELL BRAND
Haha, the look on your face! Anyway, here's the real list... 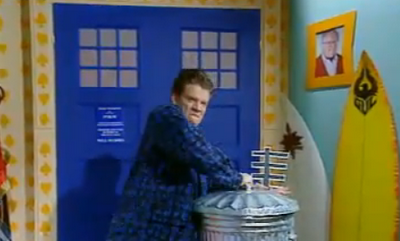 Bit of left-field choice this one, due to his parts being usually quite "blokey", for want of a better phrase, but Beesley certainly has a charm about him not to mention his "handsome" facade. Most recently seen with John Simm (The Master), Marc Warren (Love & Monsters) and Philip Glenister (Life On Mars) in the third series of Mad Dogs, Max would be quite unlike any other actor have Time Lorded it up. 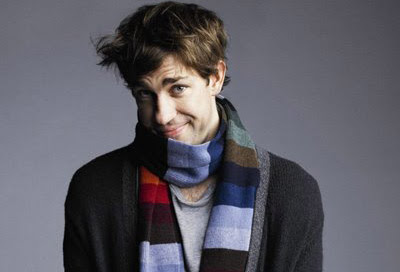 Not really, I just wanted an excuse to use this picture of The Office star wearing a Tom Baker~esque scarf. Actually, having said that, an American in the role might be quite the thing - I'm sure BBC America wouldn't be displeased. John has just finished on the aforementioned long-running sitcom (along with Catherine Tate) and his movie career is a bit start/stop. Doctor Who could be the kick-start he needs. And he's not bad on the eye too. 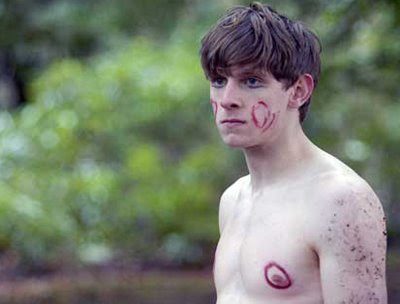 The 'lil Billy Elliot star, if I may be so patronising, hasn't really done much in the way of television work, choosing, instead, to plough his furrow on the big screen with works such as the working-class dancey film, the brilliant Hallam Foe and, more recently, the "Steven Moffat" Tintin film. The fact that he hasn't been a small screen presence could work for him in a very exciting way - though the paypacket would probably be less enticing (one would imagine). 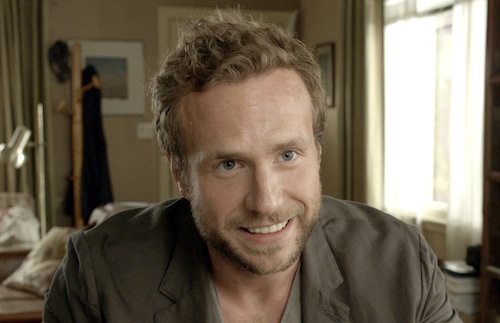 Another looker this one, Rafe has been making the move into movies of late (Life of Pi, Prometheus) and like Beesley, he has a bit of the handsome man about him (no bad thing, of course). But Spall has revealed many facets to his acting with interesting roles in BBC 2's The Shadow Line and short-lived Desperate Romantics and also the fun C4 sitcom, Pete Versus Life. My only personal issue with Rafe is that every time I see him, my brain says, "You've got red on you." 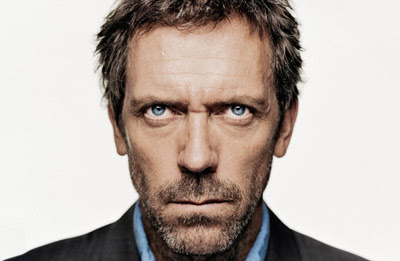 Now that he's done with long-running television "show" House and back in the UK, Hugh would be a stout choice. Currently gigging his blues music everywhere, Hugh might want to get back into the acting lark, and what better way to display his actoring abilities than in the TARDIS - where he can serious it up and get the laughs, like he used to alongside his chum Stephen Fry (who should really play The Master). The only question is: Would the fans accept an American as Doctor Who???* 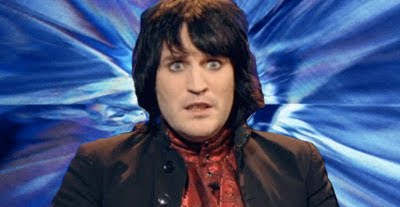 Mainly known for his comedy rather than his acting (The Mighty Boosh and presenting duties on UK panel show Never Mind The Buzzcocks), Noel could bring in a massively different energy to the TARDIS. His surreality [is that a word? - Ed.] in the face of an alien threat or discovering a new planet could be quite the treat. His odd frame and stature are perhaps reminiscent of Billy Hartnell and Patrick Troughton, whilst his child~catcher looks could bring in a rather different element of fear for the audience. 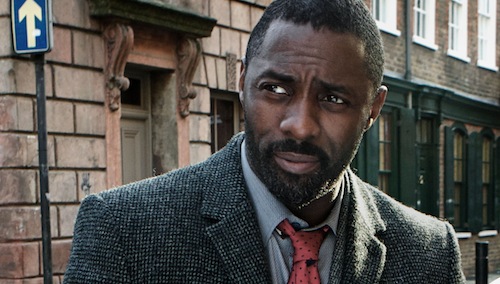 Everyone lurves Idris, right? BBC's Luther has firmly established him as a cracking television actor after his electric role on The Wire. His movie career has been interesting and not totally unsuccessful, displaying an intriguing range of genres (shortly to be seen playing Nelson Mandela and appearing again in Thor franchise). Elba's stature and ruggedness could possibly rule him out of the role but if the BBC were looking outside the box that's bigger on the inside then Idris would be an amazing choice. 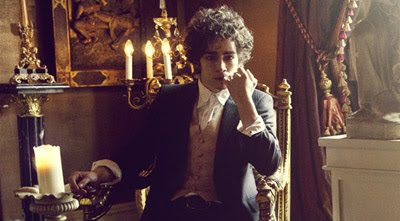 After lighting up the small screen as Nathan in the amazing C4 show Misfits (well, it was for a while anyway), Robert hasn't exactly made the best of acting choices since then (Me & Mrs Jones anyone?) so Doctor Who could well prove an excellent platform for his charm. Sheehan's bouncy hair and physicality are perhaps too similar to Tennant's and Smith's dynamic performances but the Irish actor has a cheek and a swagger that neither possess. Definitely a choice that would upset the "Doctor Who should be old with gravitas" brigade. 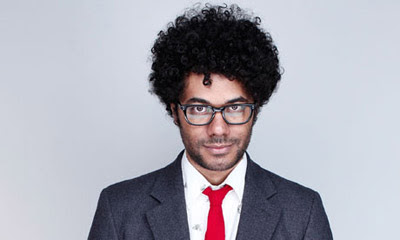 I've always lurved this guy. Richard is more into directing these days (including the wonderful film Submarine) but his acting is always a blast to watch and I'm sure he could bring a hugely alien feel to the role of the Gallifreyan. Having said that, if he did play it as Moss from The IT Crowd then I'm sure we'd still have a massively enjoyable show to watch and, after having two slightly glamourous men in the leading role, might be nice to bring it back to geekdom. 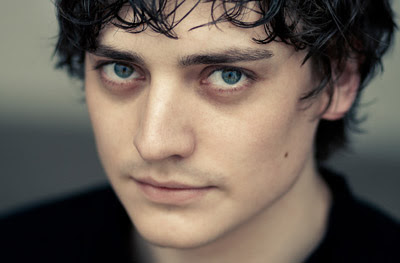 Whaddayamean "Who???" (That's what some people said when Matt Smith was announced, if you remember). This guy impressed hugely as the charismatic David Bailey in the BBC Four docudrama We'll Take Manhattan alongside former Who~er, Karen Gillan. Aneurin very much has an otherly look and that aged youth that seems to be the mantra these days. He's soon to be seen in the upcoming big BBC drama The White Queen, but one hopes that he can set aside some time in his calendar for some TARDIS fun. He's also Welsh, which might please a certain Roath Lock. 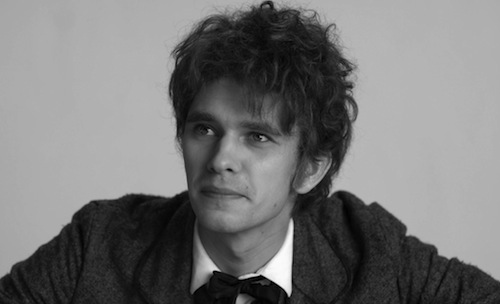 Interestingly, and I use the word quite wrongly, when I put togther a list of actors who would make a good Doctor Who back before Matt Smith was announced, this guy was also on the list. Since then, Ben's career has rocketed in an amazing fashion with works like The Hollow Crown and The Hour on the small screen whilst big~screening it in films such as Skyfall and Cloud Atlas. I would think, in all honesty, that he's just too large a name to commit to the show but Ben would undoubtedly be tremendous, and very much the old man in a young man's body (stop it). A missed chance, one feels.

Like No. 2, I championed the choice of Chewie back in the day but felt his career trajectory was perhaps too much on the rise, appearing in a number of well-respected and well-performing movies. But Ejiofor has been returning to television and, specifically, the BBC with superb series such as The Shadow Line (featuring Christopher Eccleston and No. 9 on this list) and Dancing on the Edge (also featuring, briefly, Jenna-Louise Coleman). Physically, he's got that look - that certain something that is undeniably human but has an edge of alien~ness. And his abilities as an actor aren't too shabby either, with a body of work on stage and on screen that is not to be sniffed at (unless sniffing bodies of work is your thing). I can't imagine a better TARDIS frontman for 2014 than Chiwetel and you can find him in the player above chatting to the BBC about the role of The Doctor.

12 Actresses Who Should Be The Doctor

10 Actors Who Should Be The Master

*THIS IS A JOKE