Earlier today Blogtor caught up with Doctor Who actor/writer and Sherlock writer/actor/producer Mark Gatiss at Paris Comic Con and chatted with him about his upcoming genesis of Doctor Who drama, An Adventure In Space & Time, THE Doctor Who story he'd love to tell, a Russell T Davies live episode and Sherlock. To begin with, I asked Mark about the announcement of Matt Smith's departure from Doctor Who. 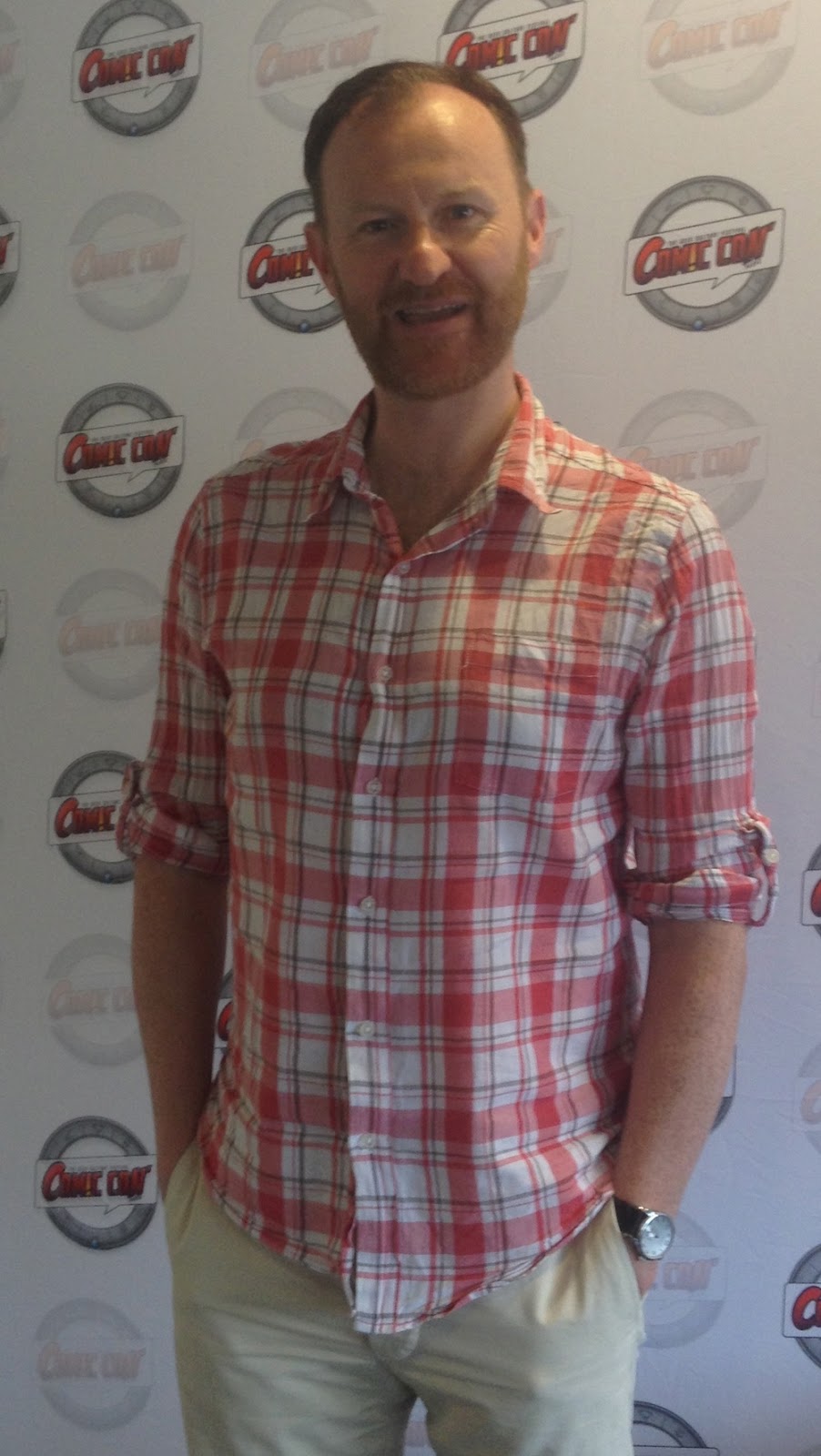 "Well, I knew but it was very sad. I can completely understand - it's the best time to go, in the fiftieth anniversary year. I'm very sad because I think he's a fantastic Doctor and I would have been very interested to see a fourth year with Matt."

Regarding Matt's recent video message to fans (watch HERE), the writer added, "It was lovely. I hope his hair grows back in time for Christmas. [Laughs]"

Moving on to An Adventure In Space & Time, due for broadcast on BBC Two in November, Gatiss lamented the real people and stories he had to omit from the ninety-minute special:

"To be absolutely frank, the problem with trying to focus on one story about the beginning is that there are so many stories. There'll be howls of protest from certain quarters because there are some people not in it. It's a drama about the creation of Doctor Who, it's not a documentary and, therefore, I had to focus on a small number of main characters. And a few of the other characters have to slightly merge. David Whitaker's not in it. Mervyn Pinfield is and he sort of absorbs David Whitaker's role. To a lay audience, who don't give a monkey's about the difference between a script editor and associate producer, they would just be bewildered.

It hurts my inner anorak, it hurts me. But, at the same time, I had to approach it very much the way I would do if I didn't know anything about the programme - it's a drama about people and the fun mechanics of the creation of the show.

The big casualty really was, in the first draft or two, the creation of the Daleks had essentially meant the relationship and the difference between Terry Nation's [the creator of the intergalactic pepperpots] and Ray Cusick's [the designer of Skaro's finest] fate was sort of the B-plot. But it was too broad, it was too wide-ranging, it just needed to be focused.

I hope that if you don't really know any of these famous Doctor Who stories that you'll be surprised by some of the decisions. It's interesting when we were editing it, some things you just stripped out because actually that's a detail too far.

It leaves residual touches, in a funny kind of way. There's a wonderful memo about when they were thinking what the TARDIS would be and someone says, "It could be covered in invisible paint!" I love that! [Laughs] And, actually, now I've got William Hartnell suggesting it over a Chinese meal. You have to work out the detail of what's interesting to a die hard fan and what's also accessible to the public." 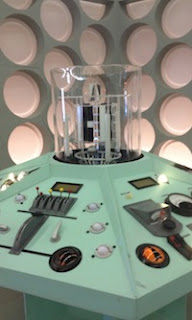 Going back to the Naton/Cusick element, I asked Mark if there were any other behind the stories from Doctor Who that would make for a fictional account.

I proffered that the return of the show in the Noughties might be good fodder.

"I guess so, you never can tell. Because, if you're involved, it seems baffling - why would anyone be interested? [Laughs] But then, that's what it must feel like to be someone who was involved with Doctor Who at the beginning. For Verity Lambert, who I knew a little, she was an amazing woman but I think to her very end she was slightly baffled by the fact that Doctor Who was the thing that she would be most remembered for. So the idea that I guess one day someone might make a film about the making of An Adventure in Space & Time and then the universe will implode. [Laughs]

I wondered if there was a difference in watching An Adventure in Space & Time compared with his own Doctor Who stories?

"As an exec on it, I was following it, I was there every day and I was there during the entire post-production, edits and everything so it's more involved process because there are director's decisions on Doctor Who and Six Floor [location of the people at the BBC with "power"] decisions which have a huge amount of say, I'm very pleased to say. But in the end, it's not my baby. So Doctor Who is about the only thing I write for that I'm not actually behind the scenes for as well. It's very special to me, I'll carry on as long as they'll have me. Space and Time was very hands on, mostly."

Moving on, Mark told me about a real life event that he really wanted to transfer into a fascinating Doctor Who episode.

"The Doctor Who story I've always wanted to do is about Laika the dog, the Russian dog they put in space. I think I had a dream about it once where there was just him in his capsule - what a lonely thing! I thought, wouldn't it be fascinating if something else got in, like The Quatermass Experiment? And Laika came back to Earth, still alive, but not alone…" 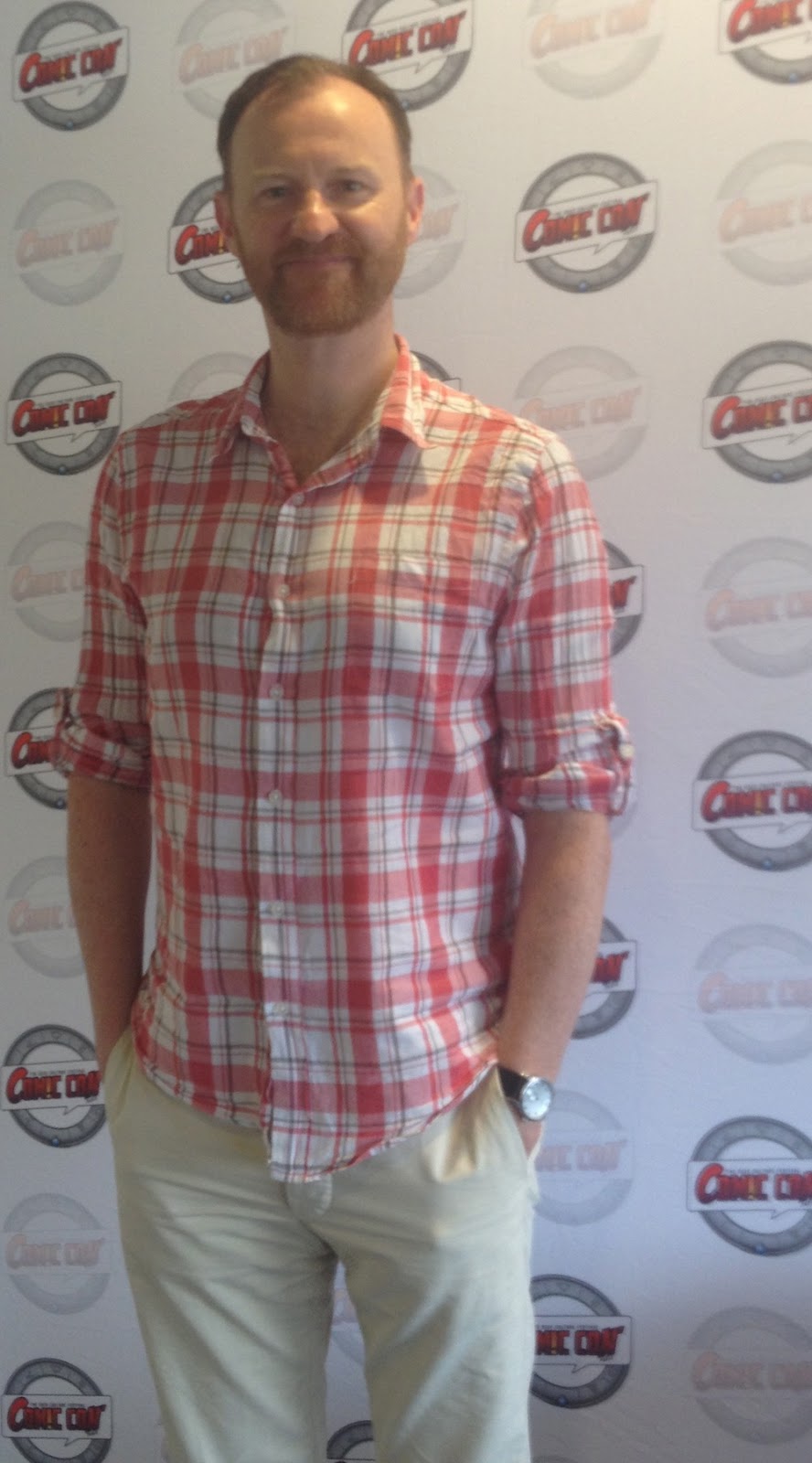 After mentioning The Quatermass Experiment, which Gatiss starred in a live version of with David Tennant back in 2005, I queried if Mark would consider a live episode of either Sherlock or Doctor Who.

"Ooof, not for Sherlock! [Laughs] I'm going grey just at the prospect! Actually, I seem to remember Russell [T Davies, former showrunner] harbouring a desire to do a live Doctor Who - "Forty-five minutes to save the world!" I remember David blanching when he was telling me about it [Laughs], even though we'd done Quatermass. I think that was very ambitious for live TV. It's possible. It would probably have to be a very contained thing where the Doctor was trying to get out of a lift or something. But it's a good idea, why not? But Sherlock? Absolutely not. [Laughs]

Sticking with Sherlock, I asked if work has started on Series 4.

"Benedict commissioned it by virtue of saying it's going to happen. Which is a brilliant way of commissioning anything! I've commissioned the next ten just by walking the red carpet with a loud-hailer. [Laughs] Not yet as we haven't finished Series Three yet - we have plans though…"

He did, however, promise "new footage" and "surprises" at San Diego Comic Con later this month, laughingly adding, "we're doing it naked!" I was curious about the father and son relationship so prevalent in Night Terrors and whether or not this was a theme that resonated in his own life.

"I'll tell you an odd thing about that story, it was made first of that season. It was the next thing after the Christmas, it was made in the summer and wasn't shown for over a year after it was made by which time several other stories in that season were also about absentee fathers and sons. By the time Night Terrors came along one of the reviews said, "What's going on??" And I thought, "But I did mine first!" So I don't know if there was any kind of plan.

To be honest, the reasoning behind it was I thought it would be quite interesting to do a father and son rather than the obvious thing, I guess, would have been to do a mother with a child. And I thought it would just be more interesting to make it about a father's trouble. I thought it was a less obvious way to go with a troubled child. It was a cuckoo in the nest story so, again, but actually the father's worrying is quite interesting because it's not quite the same. He's unemployed, his wife is working, he's feeling all those kinds of pressures, as well, to sort of provide.

I was very keen to do that because I hadn't done a modern day one; I love that idea of, it's sort of a bit more like Russell's era. And getting people like Danny Mays and Emma Cunniffe just really made it. And it's got scary dolls in it! [Laughs] I went to the Experience [the Doctor Who Experience in Cardiff] the other day and I was so chuffed to see them in the corner. They're really horrible. There's something intrinsically terrifying about dolls." 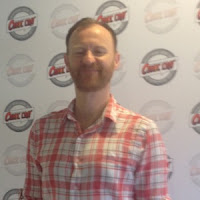 With the Doctor Who 50th Anniversary looming, I asked Mark if he was involved in the 3D special, in any way.

"You can't trust anything anyone says to the Royal Family! [Laughs]"

Moving past November and into the future, I wondered if Mark would like to be the new Doctor Who showrunner when Steven Moffat stands down. And, if he didn't want the job, who does he think would make a good successor?

"I can't answers these questions Cameron, you know I can't. [Laughs]"

Finally, I returned back to An Adventure In Space and Time, and asked Mark how he felt about it.

"I've seen it a thousand times! Chuffed to bits with it. It's very moving and the cast are magnificent; David particularly is really quite something. It's a very moving story and fun."


See pictures of the amazing TARDIS console from An Adventure in Space & Time HERE.

My huge thanks to 8 Art City, Paris Comic Con, the BBC and, of course, Mark Gatiss.