Guide to Doctor Who on TV [UPDATE]

Collected here are the highlights of the Doctor Who televisual programming to celebrate the show's 50th Anniversary. I haven't included repeat screenings of stories (channels such as Watch in the UK are currently airing "classic" and "new" Who stories whilst BBC America are screening all day Ninth, Tenth and Eleventh Doctor "marathons"). This page will be updated if new information comes to light. UPDATED NOV 22. 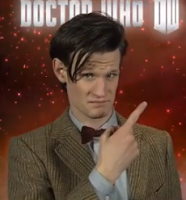 FRIDAY NOV 22
The Culture Show presents Me, You And Doctor Who - BBC Two at 9.30pm
Lifelong fan Matthew Sweet explores the cultural significance of the BBC’s longest running TV drama, arguing that it’s one of the most important cultural artefacts of modern Britain. Put simply, Doctor Who matters. He’ll examine how the show has become a cultural force in its own right and tell the stories of some of the unsung cultural heroes, who pioneered its innovative music, design and storytelling.

The Graham Norton Show - BBC One at 10.35pm
Chat show sees Graham interviewing both David Tennant and Matt Smith on his sofa.

An Adventure in Space and Time - BBC America and SPACE at 9pm ET
This special one-off drama travels back in time to 1963 to see how Doctor Who was first brought to the screen. Actor William Hartnell felt trapped by a succession of hard-man roles. Wannabe producer Verity Lambert was frustrated by the TV industry’s glass ceiling. Both of them were to find unlikely hope and unexpected challenges in the form of a Saturday tea-time drama, time travel and monsters! Allied with a team of brilliant people, they went on to create the longest-running science fiction series ever, now celebrating its 50th anniversary.

Doctor Who Explained - BBC America at 8pm ET
An all-new special, Doctor Who Explained, explores the mysterious and two-hearted alien who is the Doctor. Through exclusive interviews with principal cast members from the show’s 50-year history, including actors who have played the Doctor: Matt Smith, David Tennant, Peter Davison, and Tom Baker as well as actors who have played companions: Jenna Coleman, Karen Gillan, and Freema Agyeman, viewers get an insight to what happens behind-the-scenes of the award-winning sci-fi show. 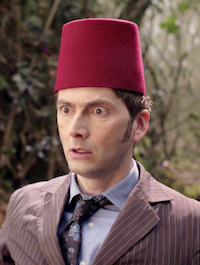 SATURDAY NOV 23
The Day of the Doctor - Worldwide at 19.50 GMT
The Doctors embark on their greatest adventure in this 50th anniversary special. In 2013, something terrible is awakening in London’s National Gallery; in 1562, a murderous plot is afoot in Elizabethan England; and somewhere in space an ancient battle reaches its devastating conclusion. All of reality is at stake as the Doctor’s own dangerous past comes back to haunt him.

Doctor Who and the Daleks - Channel 5 at 10am [UK]
Screening of the amazing first Peter Cushing movie.

12 Again: Doctor Who Special - CBBC at 2.30pm
Super fans join cast members past and present to share their memories of watching TV’s top Time Lord when they were young. Who was their Doctor when they were a kid? Which aliens had them hiding behind the sofa?

Doctor Who Live: The Afterparty - BBC Three at 9.05pm
Live from London’s Southbank, Zoe Ball and Rick Edwards will get the afterparty started on BBC Three, as they are joined by Matt Smith and guests to discuss the Doctor’s most epic adventure yet. As soon as titles roll on BBC One’s The Day Of The Doctor, viewers can join the current Doctor himself, as well as a host of previous Doctors and their time-travelling companions in the ultimate celebration of 50 years of Doctor Who on BBC Three.

Doctor Who: Blue Peter Party  - CBBC at 9.30am
A special programme celebrating the Time Lord's 50th anniversary, with an update on the Sonic Device competition, a recipe for Dalek cupcakes and current Doctor Matt Smith answering viewers' questions from inside the Tardis. 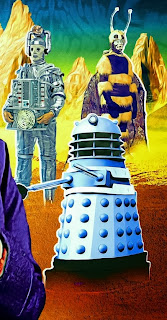 An Adventure in Space and Time - UKTV [New Zealand] at 5:50pm
See details above.

The Doctors Revisited: The Eleventh Doctor - BBC America at 8pm ET
See above for details.


AND THE STUFF YOU MISSED...

THURSDAY NOV 14
The Science of Doctor Who - BBC Two at 9pm
For one night only, Professor Brian Cox explores the universe of the world’s favourite Time Lord, Doctor Who. Brian takes an audience, with the help of celebrity guests, on a journey into the wonderful universe of The Doctor, in a specially recorded programme from the lecture theatre of the Royal Institution of Great Britain. Brian reveals the science behind the spectacle and explains the physics that allows Doctor Who to travel through space and time. Watch the specially filmed TARDIS scenes HERE. 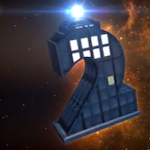 Buzzcocks: Doctor Who Special - BBC Two at 10pm
David Tennant hosts a special Doctor Who-themed show with team captains Phill Jupitus and Noel Fielding. Guests include Bernard Cribbins and Catherine Tate, plus platinum-selling jazz artist Jamie Cullum and Radio 1's Jo Whiley. This is a repeat of the show from 2009.

Doctor Who: Greatest Monsters & Villains Weekend - BBC Three at 7.05pm
The fantastic foes that have gone up against our time-traveling hero in his first-half century are a huge part of Doctor Who. By turns scary, funny, iconic, thrilling and on occasions charismatic, they help define the show’s enduring appeal and fifty years after the Daleks were created, the monsters of Doctor Who remain an integral part of what makes the series so special. Doctor Who: Greatest Monsters & Villains Weekend will be a marvellous salute to those baddies who have blighted the Doctor’s life and added so much excitement to ours.

BBC Children In Need, BBC One from 7.30pm
A scene from The Day of the Doctor will be shown. Watch it HERE. 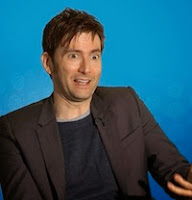 SATURDAY NOV 16
The Doctors Revisited: The Eleventh Doctor - Watch at 2pm
The Doctors Revisited begins with Matt Smith, Jenna Coleman (companion Clara Oswald), lead writer and executive producer Steven Moffat, among others, examining the human side of this Doctor and taking a look at how all the years he has lived have affected him.

BBC Red Button content - Night of the Doctor
It will be available all week, watch it HERE.


SUNDAY NOV 17
BBC Red Button content - Night of the Doctor
It will be available all week, watch it HERE

Doctor Who: The Companions [Repeat]
Watch at 2.25pm


MONDAY NOV 18
Doctor Who: The Ultimate Guide - BBC Three at 8pm
Matt Smith and Jenna-Louise Coleman celebrate the 50th anniversary of the space-travelling Time Lord and take an in-depth look at of one of the most intriguing fictional characters of all time. With the 50th anniversary episode, The Day of the Doctor, about to hit our screens there's a look at all 11 incarnations of the Doctor and their most famous scenes and storylines, an exploration of the many sides to the Doctor and asking what is he really like. Plus, a look at The Doctor's many travelling companions and adversaries over the years and how they all contribute to creating the longest running sci-fi show of all time. Featuring David Tennant, Paul McGann, Sylvester McCoy, Noel Clarke, Rick Edwards, Konnie Huq, McFly, Joel Dommett and many more, it's the best preparation possible for the 50th anniversary episode.

Doctor Who: Tales from the TARDIS - BBC America at 9pm ET
An all-new special, Doctor Who: Tales from the TARDIS, features the series’ actors and producers sharing their experiences and memories of the world’s longest-running sci-fi show. The special features exclusive interviews with principal cast members from the show’s 50-year history, including actors who have played the Doctor: Matt Smith, David Tennant, Tom Baker, and Peter Davison, actors who have played companions: Jenna Coleman, Karen Gillan, Freema Agyeman, and William Russell, as well as the current lead writer and executive producer Steven Moffat. The discussion includes how the actors got cast, how the roles changed their lives, how a ‘regeneration’ is recorded, and how filming the show in the 60s compares to today.

The Science of Doctor Who - BBC America at 10pm ET
See above.

Blue Peter - CBBC at 5.30pm
CBBC is celebrating 50 years of Doctor Who with the launch of an exciting new Blue Peter Doctor Who competition and two live Blue Peter specials; a must see for all young fans. In an exclusive competition, Blue Peter viewers aged between six and 15 will be asked to design new sonic devices for Sontaran Commander Strax, Madame Vastra and Jenny Flint. Their gadgets will feature in the iconic science fiction series. The winner will get the unique opportunity to see their gadget in action on the set of Doctor Who.

Lindsey and Radzi will be joined by aliens and monsters in the studio and the audience will be able to design their very own alien live on air. Blue Peter viewers will have their questions answered by Matt Smith; they will be able to get ready for the 50th anniversary show by making their very own cushion (to hide behind); and we’ll help them to host a Doctor Who party by showing them how to make Dalek cupcakes.

Doctor Who at the Proms 2013 - BBC Three at 7pm
A one hour and fifteen minute highlight show of this year's amazing concert at the Royal Albert Hall.

William Hartnell: The Original, BBC Two, 10.25pm
A brief programme that reveals what happened to Hartnell after he left Doctor Who. The five-minute documentary features rare archive footage and brand new interviews with many who worked with him, including Carole Ann Ford, Peter Purves and Waris Hussein as well as Matt Smith, Peter Davison and Hartnell’s granddaughter, Jessica Carney

An Unearthly Child - BBC Four at 10.30pm
All four episodes from the very first Doctor Who story.