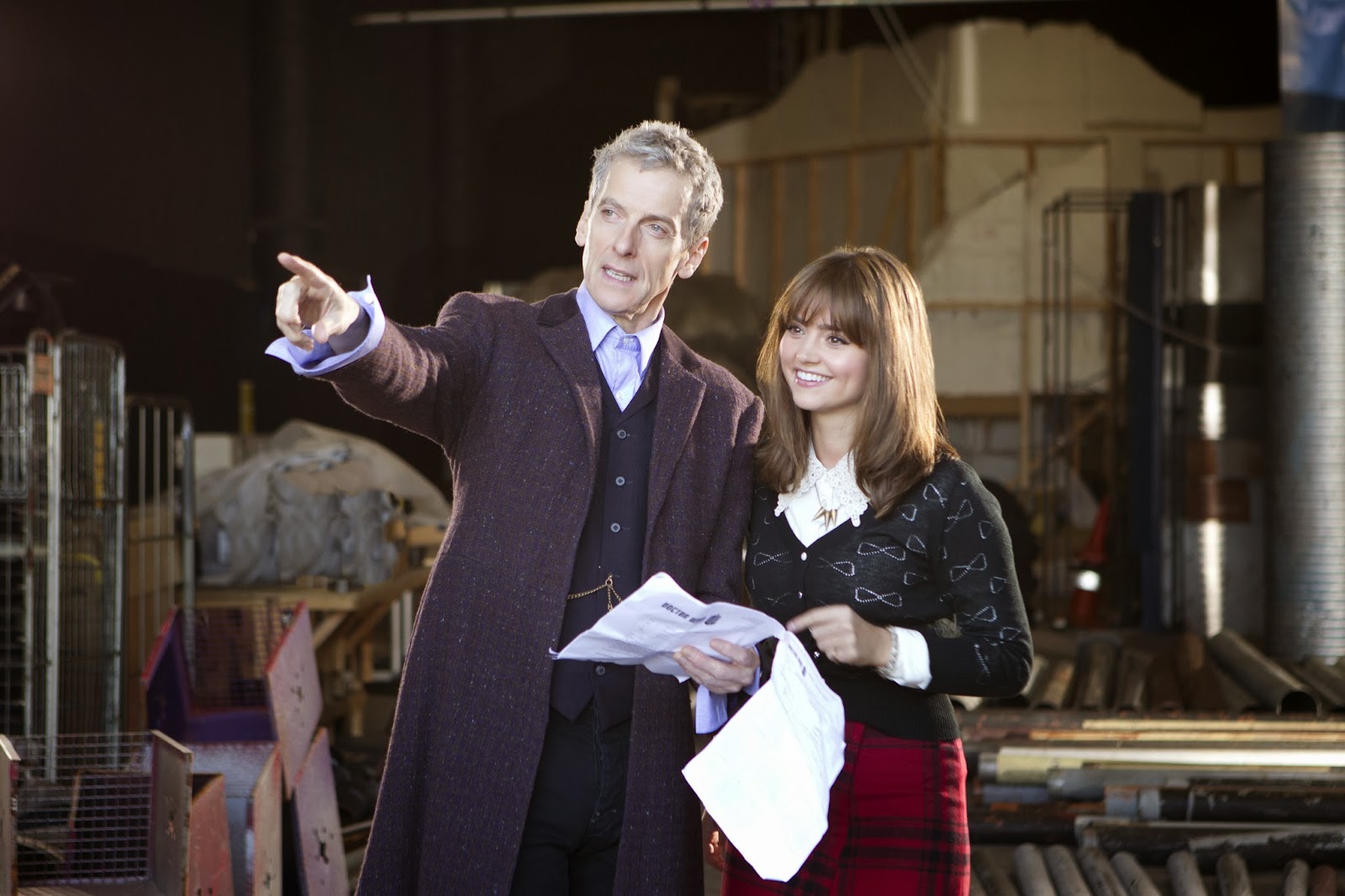 As filming on Doctor Who Series 8 has begun, the BBC have released a picture of Peter Capaldi as The Doctor with Jenna Coleman as Clara. Click on the image above for a bigger version. As you can see, he's still in The Eleventh Doctor costume (who older readers may remember was played by Matt Smith). Location filming earlier today featured, as previously reported, the return of Madame Vastra, Jenny and Strax. Visit the Blogtor Who Guide to Series 8 HERE.


Visit the Blogtor Who Guide to Series 8