Matthew Waterhouse makes his Big Finish debut as Adric this summer in The Fifth Doctor Box Set, reunited with Peter Davison, Janet Fielding and Sarah Sutton for two four-part adventures. You can check out the cover to Doctor Who: The Fifth Doctor Box Set below (click to see it larger), where you can also find the synopses and details of the guest cast. 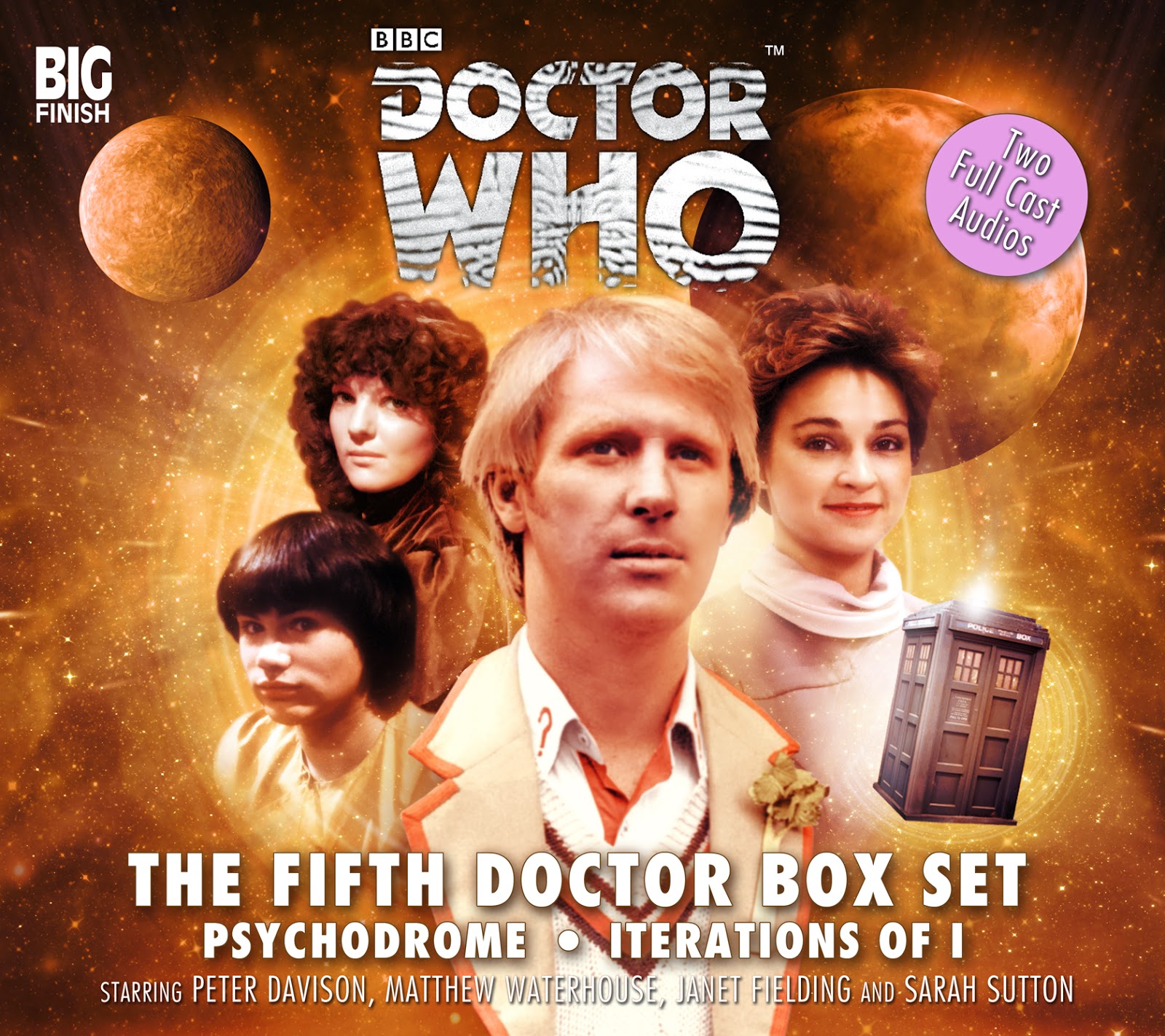 Psychodrome by Jonathan Morris
Shortly after surviving the perils of Logopolis, Castrovalva and the machinations of the Master, the new Doctor and his new crew could be forgiven for wanting to take a breather from their tour of the galaxy. But when the TARDIS lands in a strange and unsettling environment, the urge to explore is irresistible... and trouble is only a few steps away.

The world they have found themselves in is populated by a wide variety of the strangest people imaginable - a crashed spacecraft here, a monastery there, even a regal court. And not everyone they meet has their best interests at heart.

With the TARDIS stolen, and the very environment itself out to get them, the travellers face a extremely personal threat. They'll have to work as a team if they want to get out alive... but can you really trust someone you barely know?

_____
Iterations of I by John Dorney
The house on Fleming's Island had been left to rot. Ever since a strange and unexplained death soon after it was built, and plagued with troubling rumours about what lurked there, it remained empty and ignored for decades until the cult moved in. As twenty people filled its many rooms, the eerie building seemed to be getting a new lease of life.

But now it is empty again. The cult found something in its corridors... and then vanished.

Trapped on the island one dark night, the Doctor, Tegan, Nyssa and Adric look into the building's mysteries, its stories of madness and death. Their only chance is to understand what terrible thing has been disturbed here... before it consumes them utterly.

The Fifth Doctor Box Set is out in August and can pre-ordered at the price of £25 on CD or £20 download. The five disc set also includes an hour-long documentary with interviews with the cast, in which Matthew talks about why he decided to return to Doctor Who. Read the latest Big Finish audio reviews HERE.