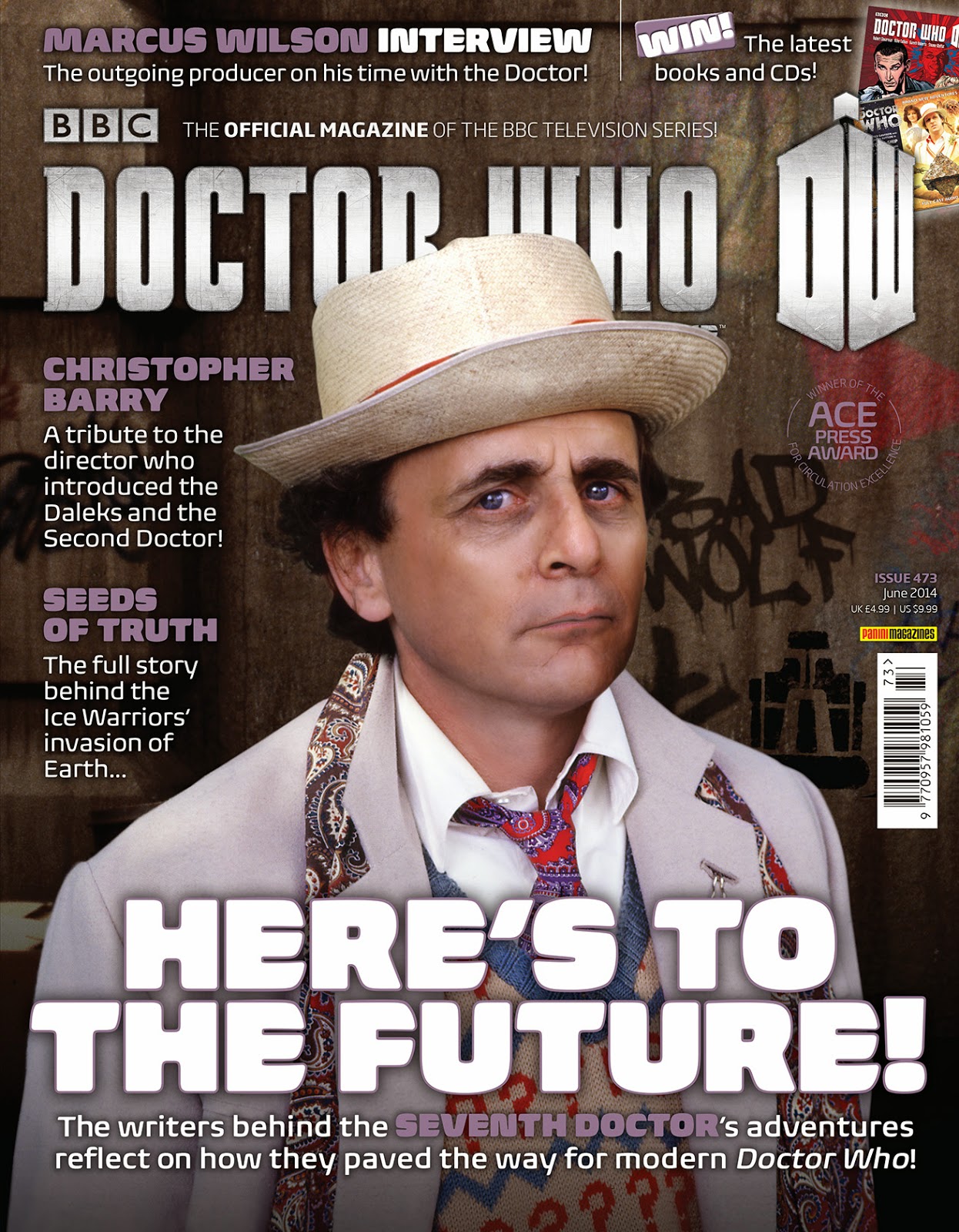 Included here are the details and cover art (click on the image for a bigger version) for the latest issue of Doctor Who Magazine, out now.

THE SEVENTH DOCTOR'S ERA IS REMEMBERED IN THE NEW ISSUE OF DOCTOR WHO MAGAZINE!

In an exclusive feature for DWM, Andrew catches up with the writers he employed back in the late 1980s, when he was the script editor of Doctor Who. Stephen Wyatt, Malcolm Kohll and Ian Briggs reveal what it was like writing the show then – and discuss how their stories paved the way for the modern reinvention of the show.

What does Ian Briggs think of Doctor Who today? "I think it's fantastic. Russell T Davies' approach was a vivid re-imagining, taking the basic principles and doing them in a way TV is now made instead of just continuing from the 1980s... That's the great achievement of Russell T Davies – and Steven Moffat, since he took over. Stylistically in both senses, technical style and storytelling style, the show is bang up to date...."

Also in this issue:
· Producer Marcus Wilson looks back at his work on Doctor Who, including The Time of the Doctor and the 50th Anniversary Special.
· Showrunner Steven Moffat answers readers’ questions.
· DWM pays tribute to the life and times of the late Christopher Barry, one of Doctor Who's most prolific directors.
· Clive Doig talks to Toby Hadoke about working on the very earliest episodes of Doctor Who.
· The Fact of Fiction takes a detailed look at the 1969 Ice Warrior adventure, The Seeds of Death.
· The Blood of Azrael ­– the Doctor and Clara's latest comic strip adventure continues.
· The Time Team watch the Tenth Doctor meet an old friend – and some even older enemies – in The Sontaran Stratagem/The Poison Sky.
· Reviews of the latest DVDs, CDs, and books including a review of the Doctor Who documentary Who's Changing, directed by Blogtor.

· Competitions, puzzles, and much more!