Filming on Doctor Who Series 8 continues and the production team have arrived back in Cardiff after last week's filming in Lanzarote (details HERE). Earlier today, the gang were filming on the dunes at Port Talbot where Peter Capaldi and Jenna Coleman, The Twelfth Doctor and Clara, were both snapped wearing some very familiar orange spacesuits (seen in The Impossible Planet, The Waters of Mars and Hide, for example).

The episode is written by Peter Harness and also stars Hermione Norris (The Crimson Field), who features in some pictures at the bottom of this post, Ellis George (who plays Danny Pink's sister), Tony Osoba (who will be familiar to fans having starred in Destiny of the Daleks and Dragonfire) and Phil Nice (who had a small part in Torchwood: Miracle Day). 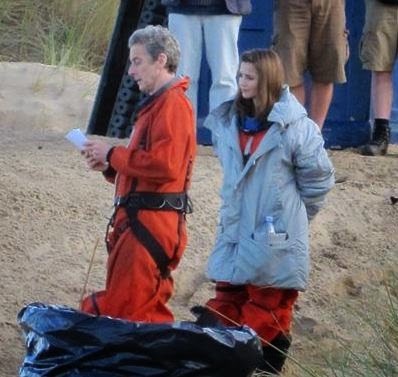 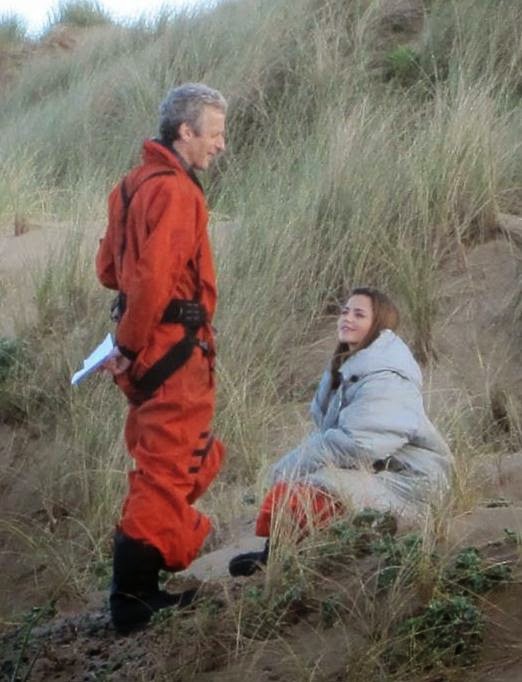 For more pictures, check out the PORT TALBOT OLD AND NEW page on Facebook HERE. Some spoilery pictures are following after these two. You have been warned! 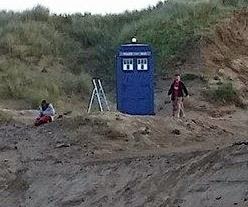 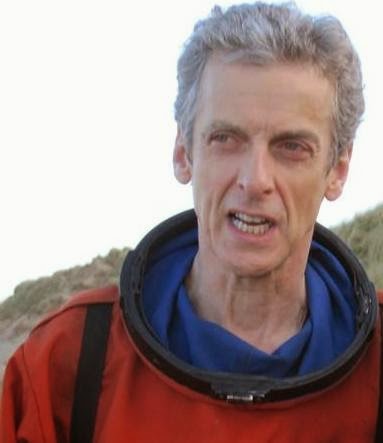 Spoilery pictures from Doctor Who Filming on Facebook coming up...

(The aforementioned Hermione Norris is in the grey suit.)

Check out another great gallery of pics from filming HERE. 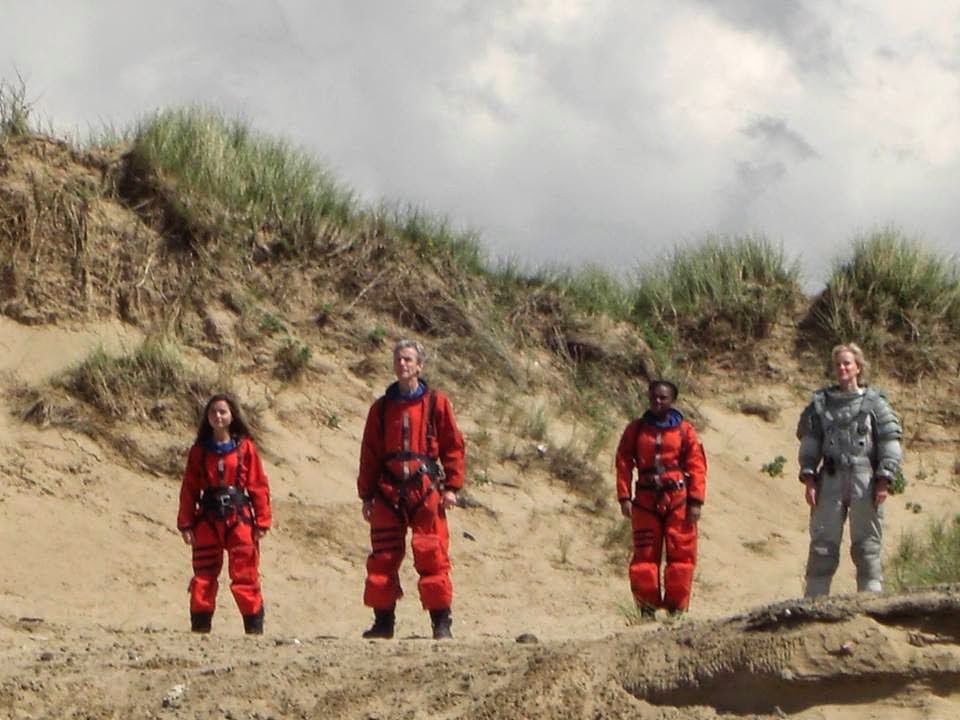 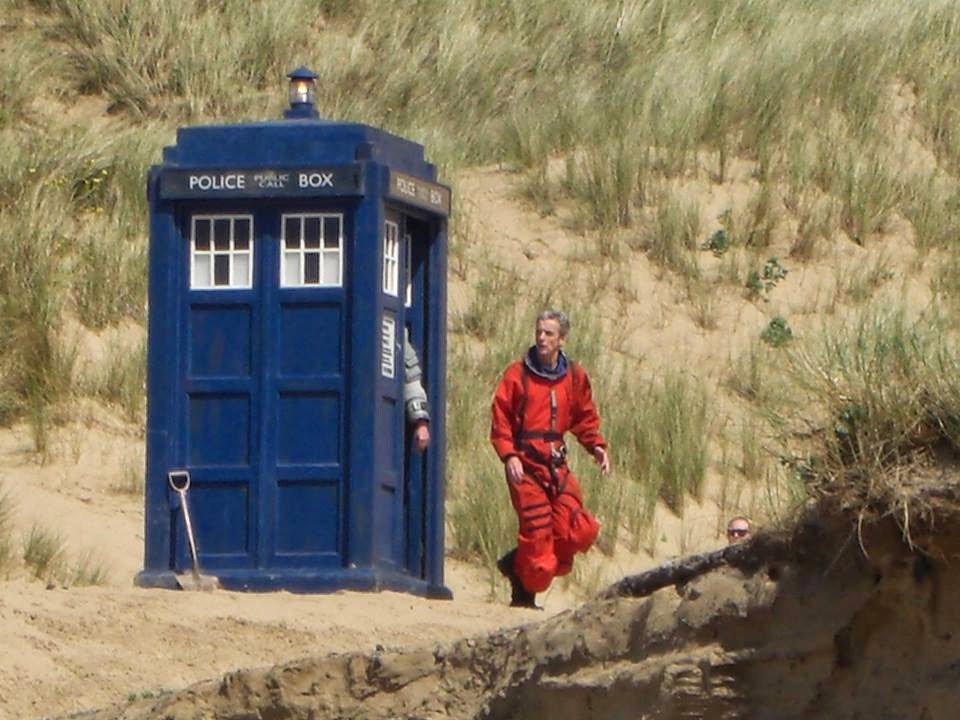 VISIT THE GUIDE TO DOCTOR WHO SERIES 8 HERE