New Issue of DWM Reveals The Most Popular Stories Ever! 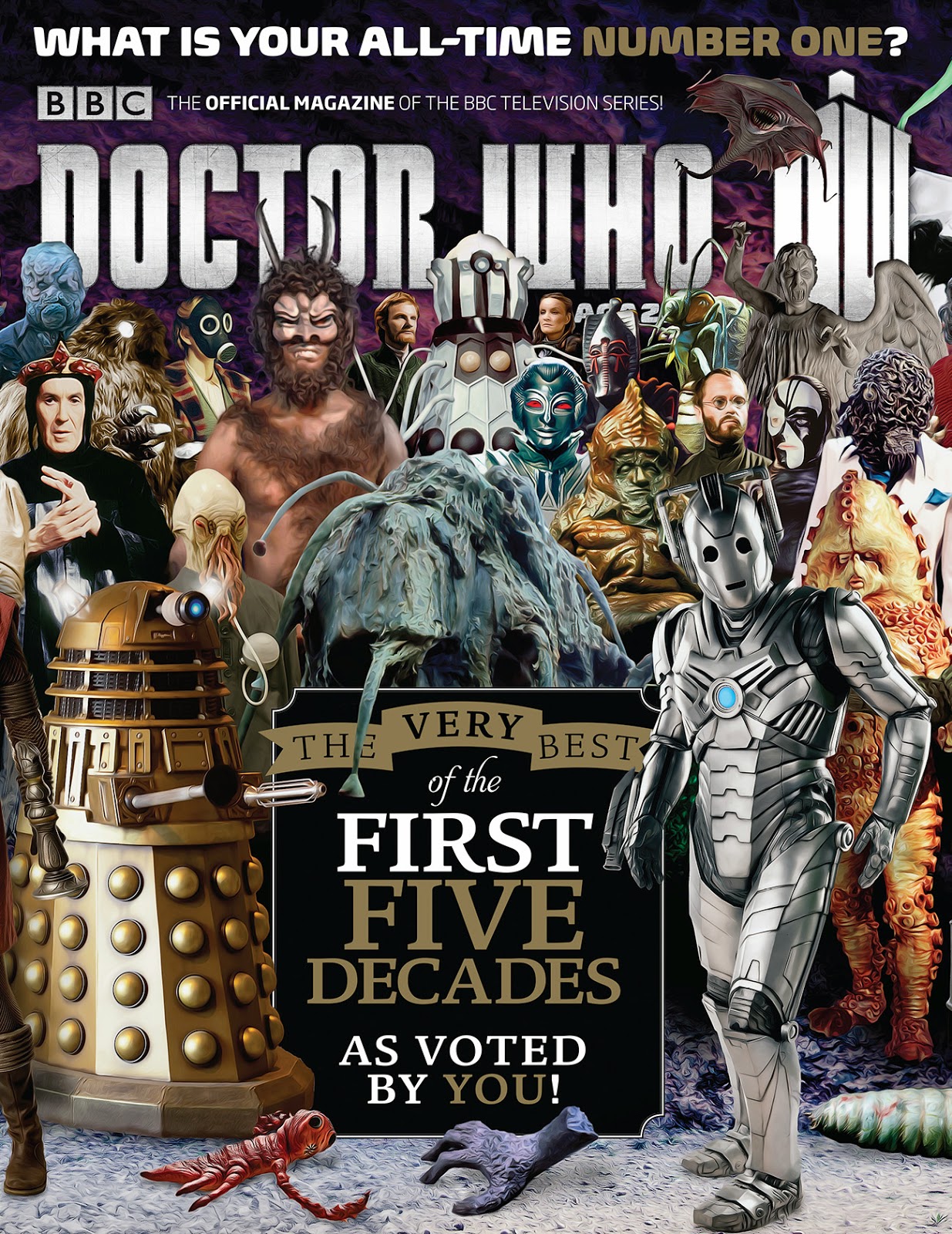 Doctor Who Magazine readers have voted in their thousands, giving their votes for all 241 Doctor Who television stories, and now, at last, the results can be revealed…

• Which classic twentieth-century story hits the Top Five for the first time ever?
• Which adventure shoots up the list to become the top story of the Second Doctor’s era?
• Which two recurring monsters see their every appearance land inside the Top 75?
• Which two Doctors find an incredible 50% of their stories inside the top third of the poll?
• Which adventure will be voted the greatest Doctor Who story of all time?

The answers to these questions and much, more, as DWM celebrates the Top 10 stories of each decade, from the 1960s to the 2010s – and gives the ultimate chart placing of each and every one of the Doctor’s 241 adventures to date!

Also in this issue:
• Showrunner Steven Moffat writes his exclusive column for the magazine.
• The thrilling conclusion to the final Eleventh Doctor comic strip, The Blood of Azrael.
• The Time Team watch 2008's The Doctor’s Daughter.
• Previews of all the latest merchandise. Reviews of the latest CDs, and books. Prize-winning competitions, the DWM crossword and more!

The bumper-sized, 100-page Doctor Who Magazine 474 – with 16 extra pages and a souvenir gatefold cover! – is on sale from Thursday 29 May, at the usual price of £4.99. Click on the images included for bigger versions.