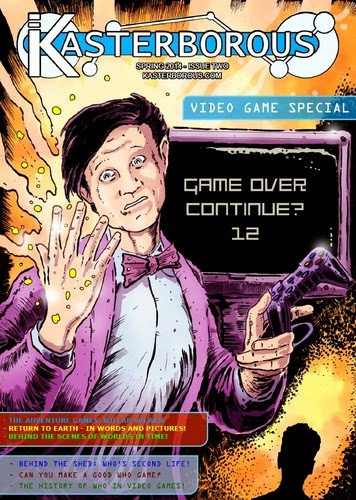 • The most in-depth feature on the development of Return to Earth you will ever read
• Interviews with developers on The Adventure Games and Doctor Who: Legacy
• Features on Doctor Who: Worlds in Time (RIP) and The Eternity Clock
• Reviews of all classic and modern Doctor Who games
• Previously unseen photographs and concept artwork
• Doctor Who in Second Life
• Doctor Who mobile games
• A look at what is wrong – DW: Legacy aside – with Doctor Who video games. Why haven’t they been as good as we would expect them to be?
• PLUS: columns from the Valeyard and Elton Townend Jones

This PDF version is available to download today, for just £1.99, and throughout the launch month of June 2014 comes with a free copy of issue 1 thrown in! Buy HERE.