I came to this book eventually, having put it off for far too long, with a healthy dose of scepticism. After all, appropriating Shakespeare isn't exactly original, is it? And whilst I'm not a Shakespeare buff, I have a pretty solid background studying and working on his plays. But here's the problem: how can you be negative and sniffy about a book that re-writes the Ghost's lines in Hamlet as those spoken by a "Magician" who says:

"I am a Lord of Time,
Doom'd for all eternity to walk,"

I mean, talk about appropriating great lines of fiction, you know? 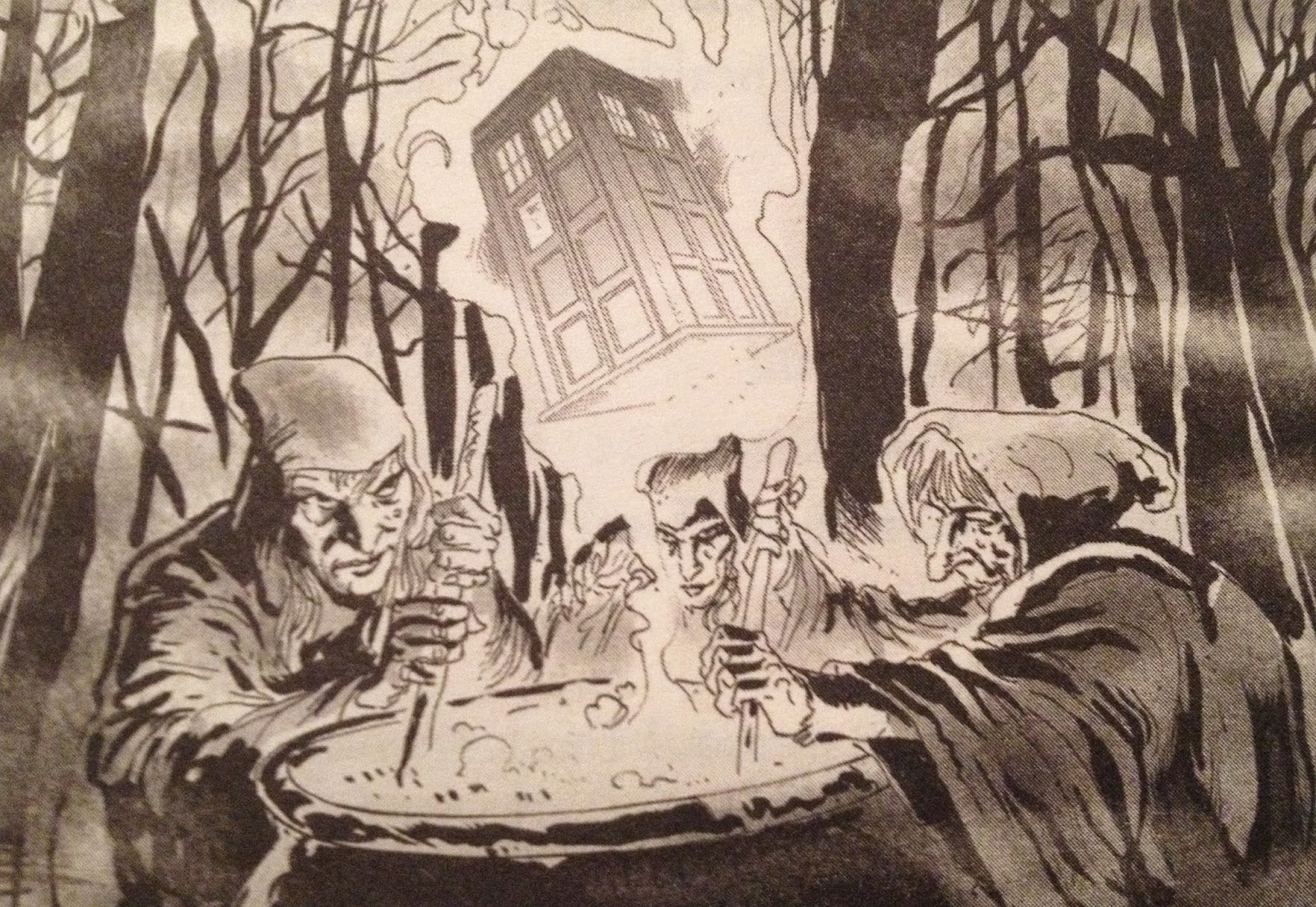 It's constructed very much like a scrapbook, a new version of Macbeth here, a diary entry there, with some engrossing footnotes (and that’s not something I ever thought I’d say) – it certainly would have made my thesis more fun if I’d been able to write footnotes like: "…mythical king, blah blah Kingy Wingy blah blah... Gawd, so hungry. Buns buns buns."

The re-written (and brand new) verse is lavish and layered, rich in its linguistic complexity and not at all condescending. Make no mistake, this book does not try to simplify Shakespearean speech or turn verse into prose. There's an extraordinary moment from As You Like It, where each Doctor is described in quite beautiful Shakespearean language, which I found profoundly touching: 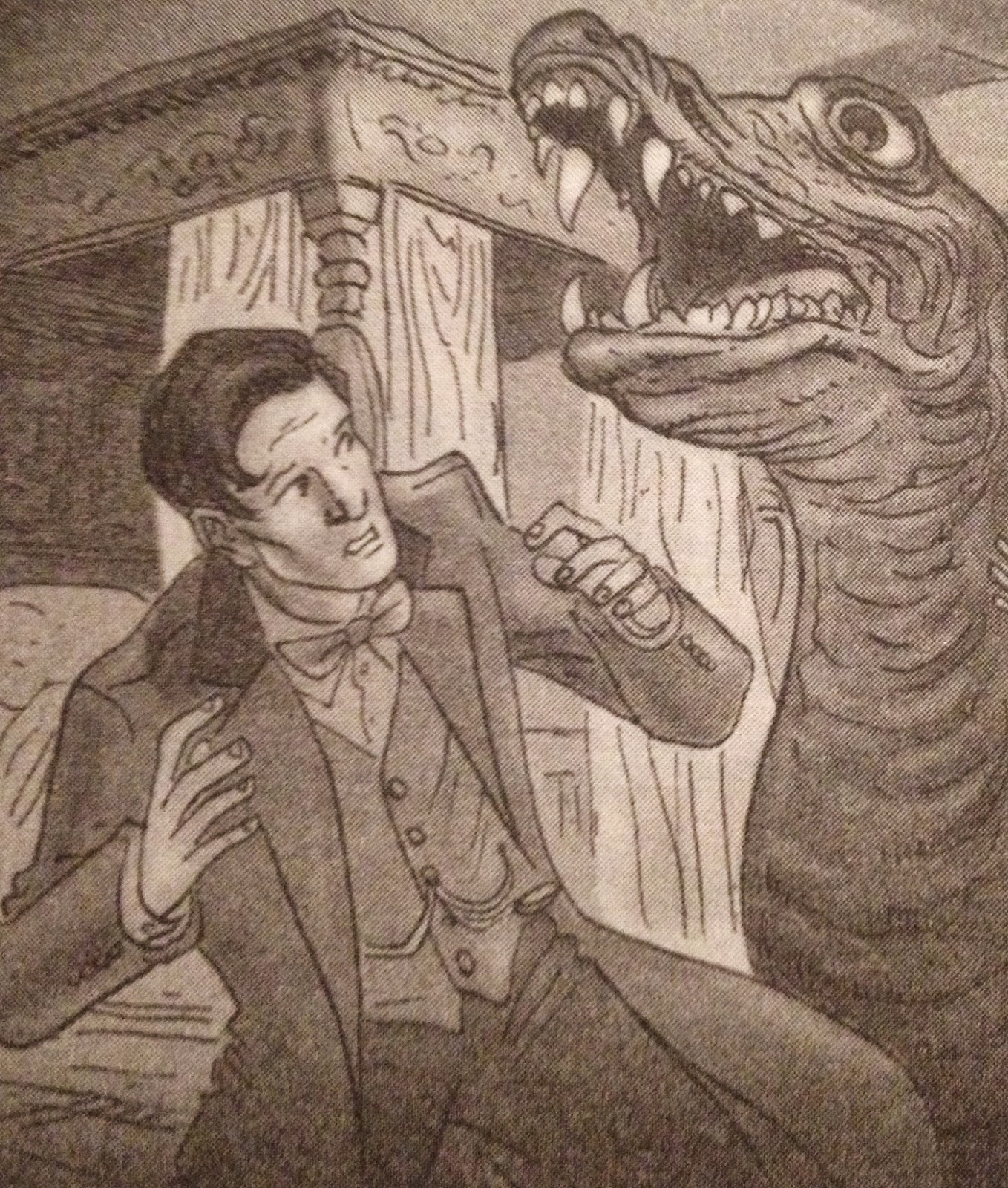 "Then the scarf
Inside which lives a man of Left Bank tastes
A wand’rer in the fourth dimension,
Given to sudden thunder…”

Much of the book focuses on working various incarnations of The Doctors and their companions into the Bard’s plays, and revels in interfering with plots that you know like the back of your hand. James Goss, Jonathan Morris, Justin Richards and Matthew Sweet have clearly had a lot of fun putting various Doctors into Shakespeare's plays and using the Bard's own plot twists to allow The Doctor to whip out a perception filter here and a convenient clone there. They create little Who-ish loopholes to allow characters who we usually know meet sticky ends to get away without - crucially - ruining the great moments of the plays.

The Doctor, Jamie and Zoe as the three witches of Macbeth? Lady Macduff describing the Doctor as a "shag-haired villain"?  An unspecified Doctor appears in one of the plays. It's fairly obvious which one he is when he utters the line "Blimey, Iachimo, you do go on."

It's utterly impossible not to enjoy a book that has the Mechanical's play from A Midsummer Night's Dream put on by an enemy so perfect for the part that I'm surprised it hasn't been done before. (Spoilers!) In fact, Matthew Sweet et al weave together Shakespearean characters and much loved monsters/aliens/moments from Doctor Who so effortlessly, that it seems ridiculous that most of them haven't been done before. 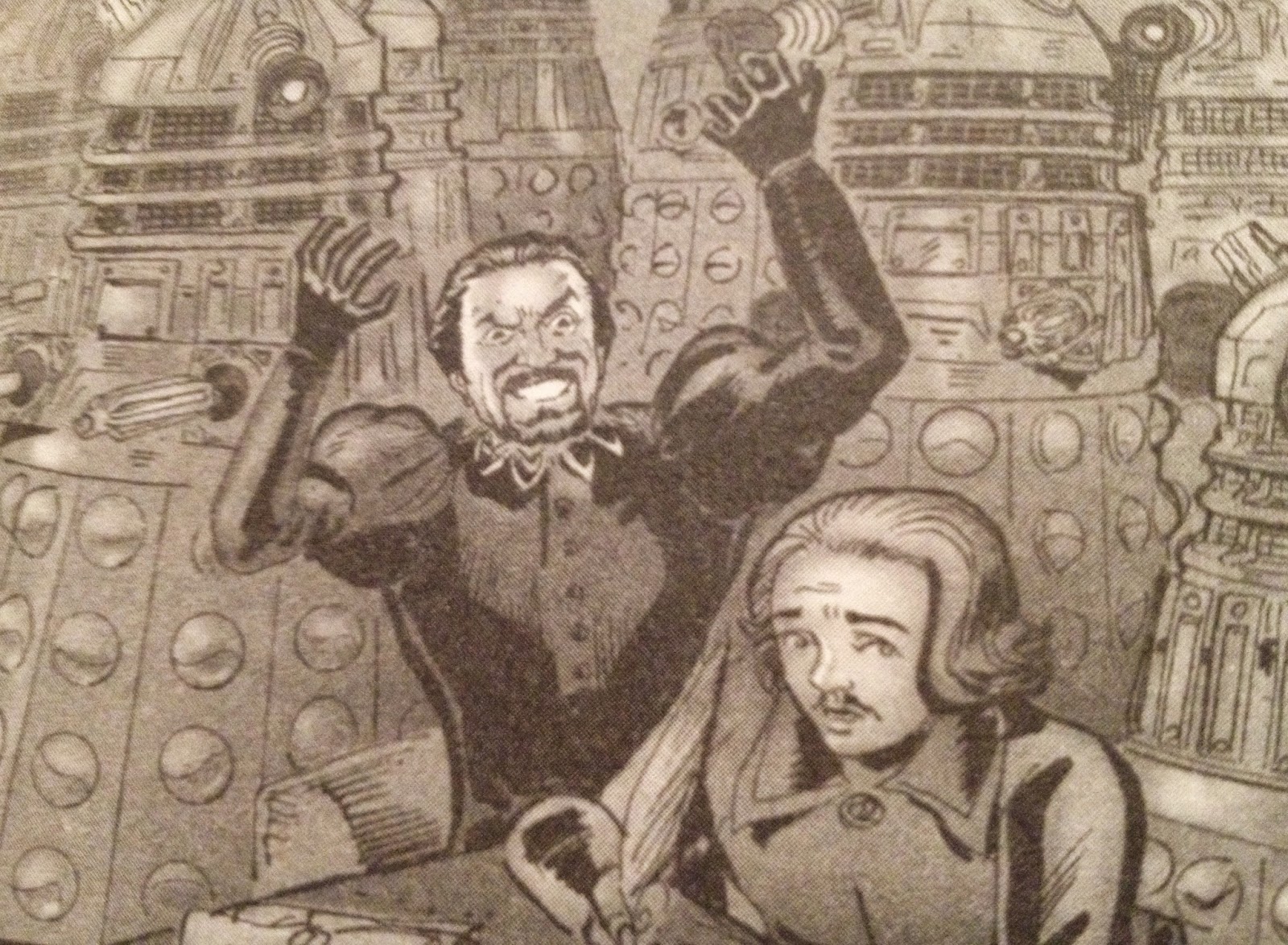 "Shakespeare's" voice in his notes for The Tempest comes over as particularly Doctorish in places, which is ironic, given the nature of that chapter. However, some of the in-jokes are so joyous that you can't hold a grudge for more than the length of a sentence, especially when the next one begins "Action takes place in real time! (Call it "Two Hours"? No.)"

The beautifully written verse takes time to nod at the different theories surrounding who actually wrote Shakespeare's plays - or some of them - and gives a satisfying chapter to Shakespeare’s contemporary, Christopher Marlowe, and the genesis of Doctor Faustus (or is it?). Actually, the lyric references in that chapter are so perfectly set up and executed that I would recommend this book on the strength of it alone. Joyous!

BLOGTOR RATING 9/10
Thanks to BBC Books