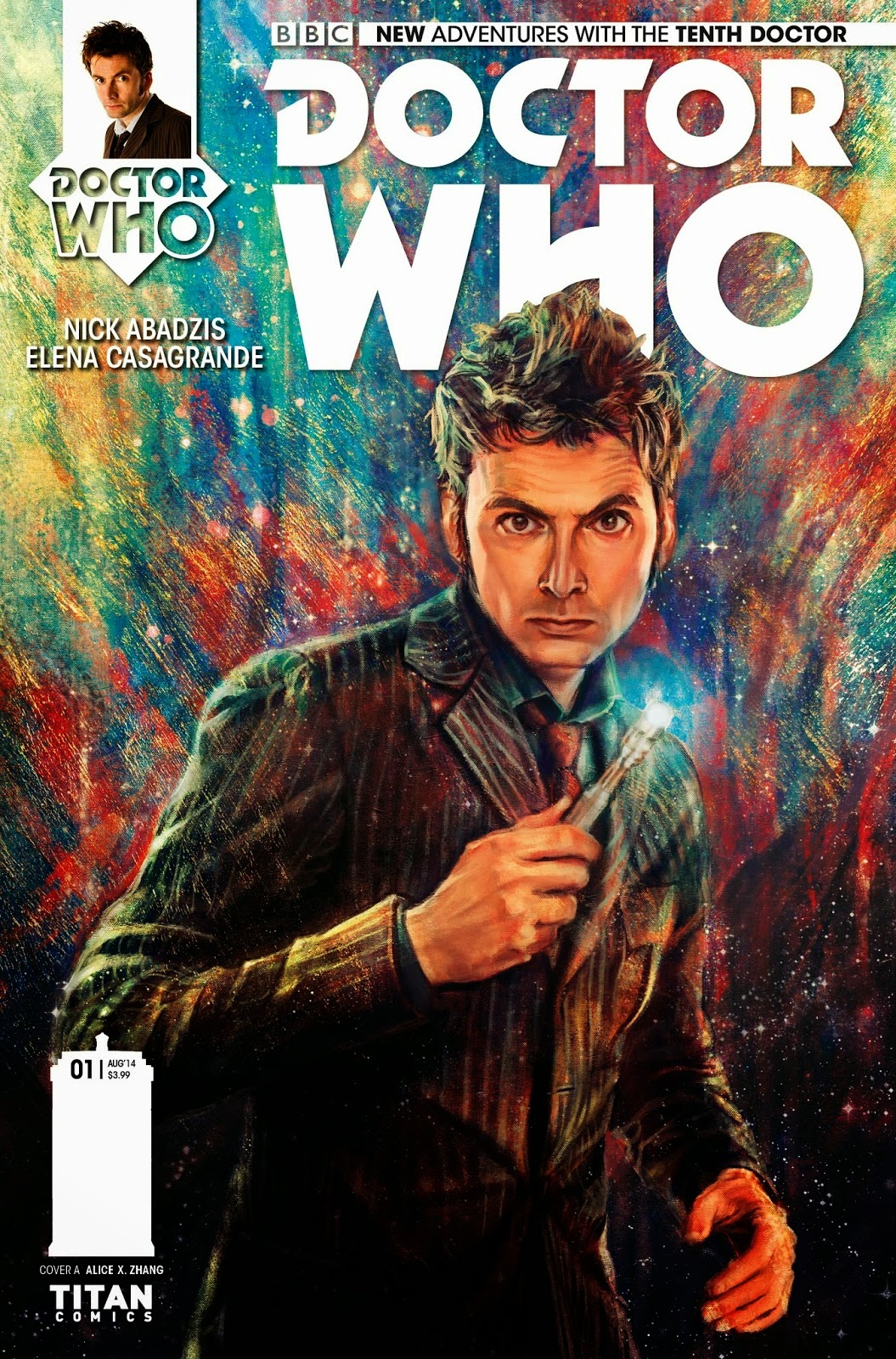 Revolutions of Terror #1
by Nick Abadzi

Issue One of this Tenth Doctor story, Revolutions of Terror, comes with a mini glossary explaining – briefly – who the Doctor is, what the TARDIS and sonic screwdriver are, and where the Doctor is in his travels. He has just left Donna behind and this story is set in a delicately drawn Brooklyn, New York.

The Doctor is a bit of a guest star in this first issue, and when he does show up, (accompanied by a contraption that should really go ‘ding’), he’s tracking odd and disturbing events during the lead up to the Mexican Day of the Dead. The writer, Nick Abadzis has captured the Tenth Doctor’s personality and unique dialogue, even in the brief moments we see him in this first issue.

I found the introduction of all the supporting characters and their world a little protracted but I do want to find out more about them. The briefly-glimpsed monster is genuinely unsettling and there’s a fantastic cliffhanger.

You'll also find the fun inclusion of a one page short featuring the Titan vinyl figures of David Tennant and a Sontaran doing stand-up to add to the value of the comic. Not a bad start at all.

BLOGTOR RATING 7/10
Thanks to Titan Comics