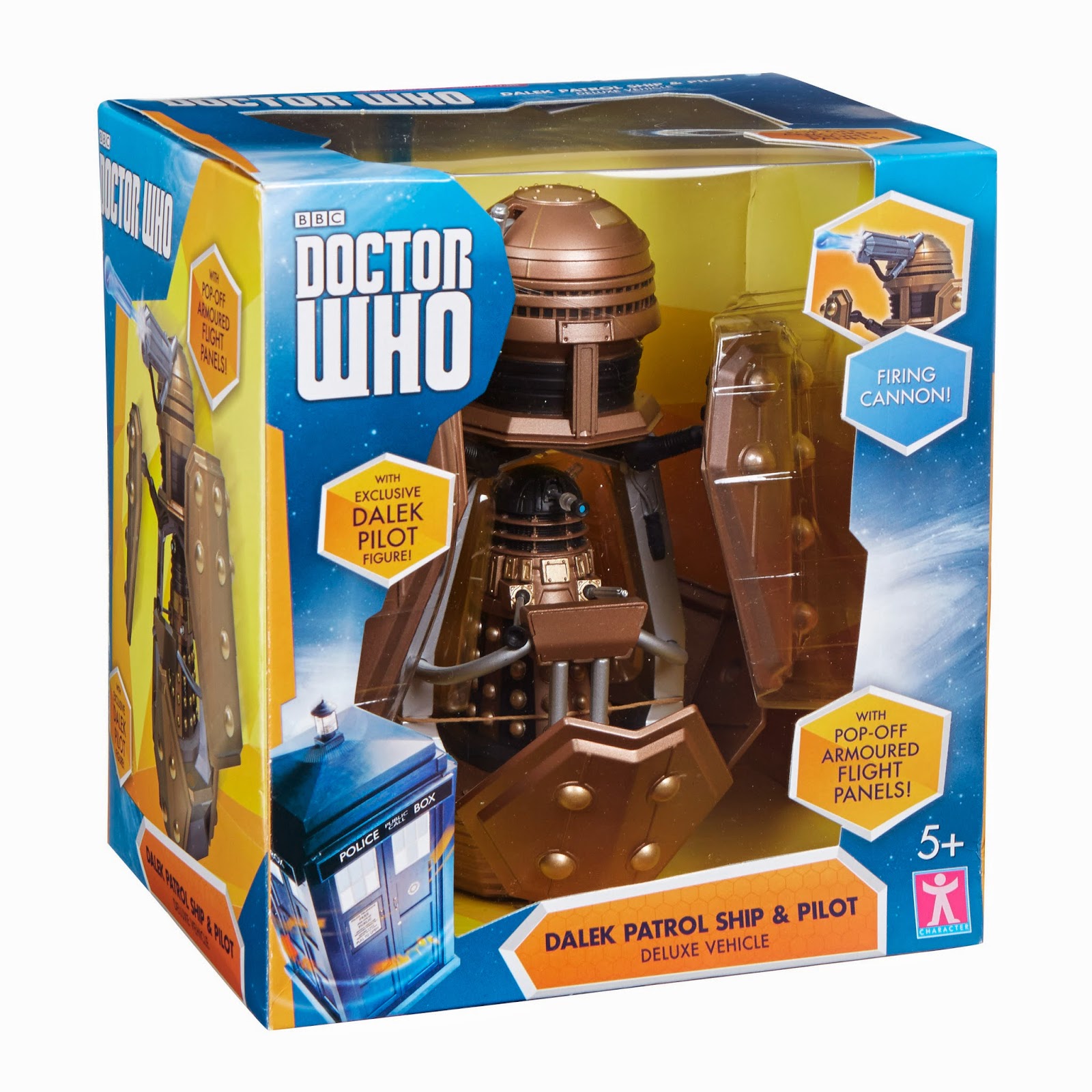 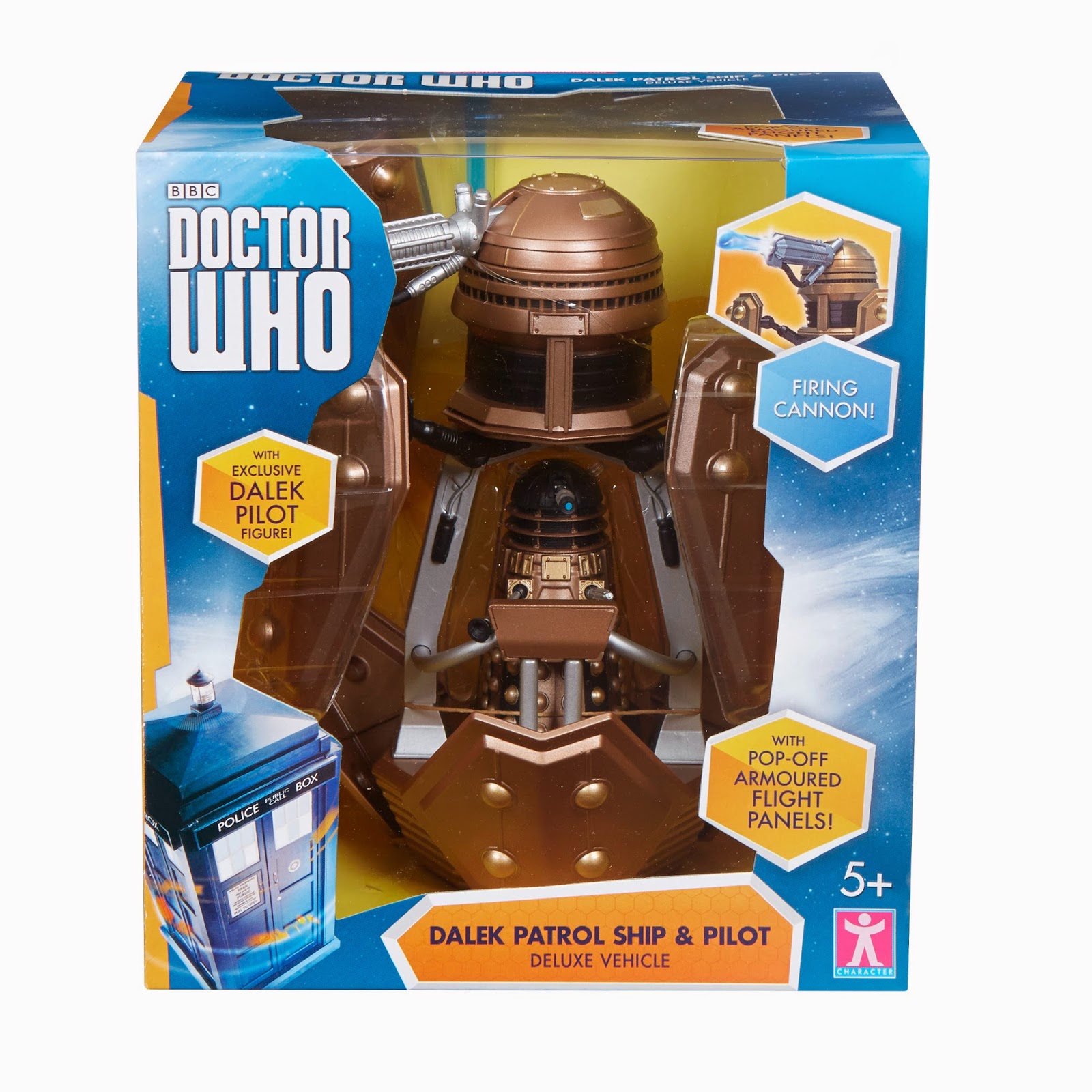 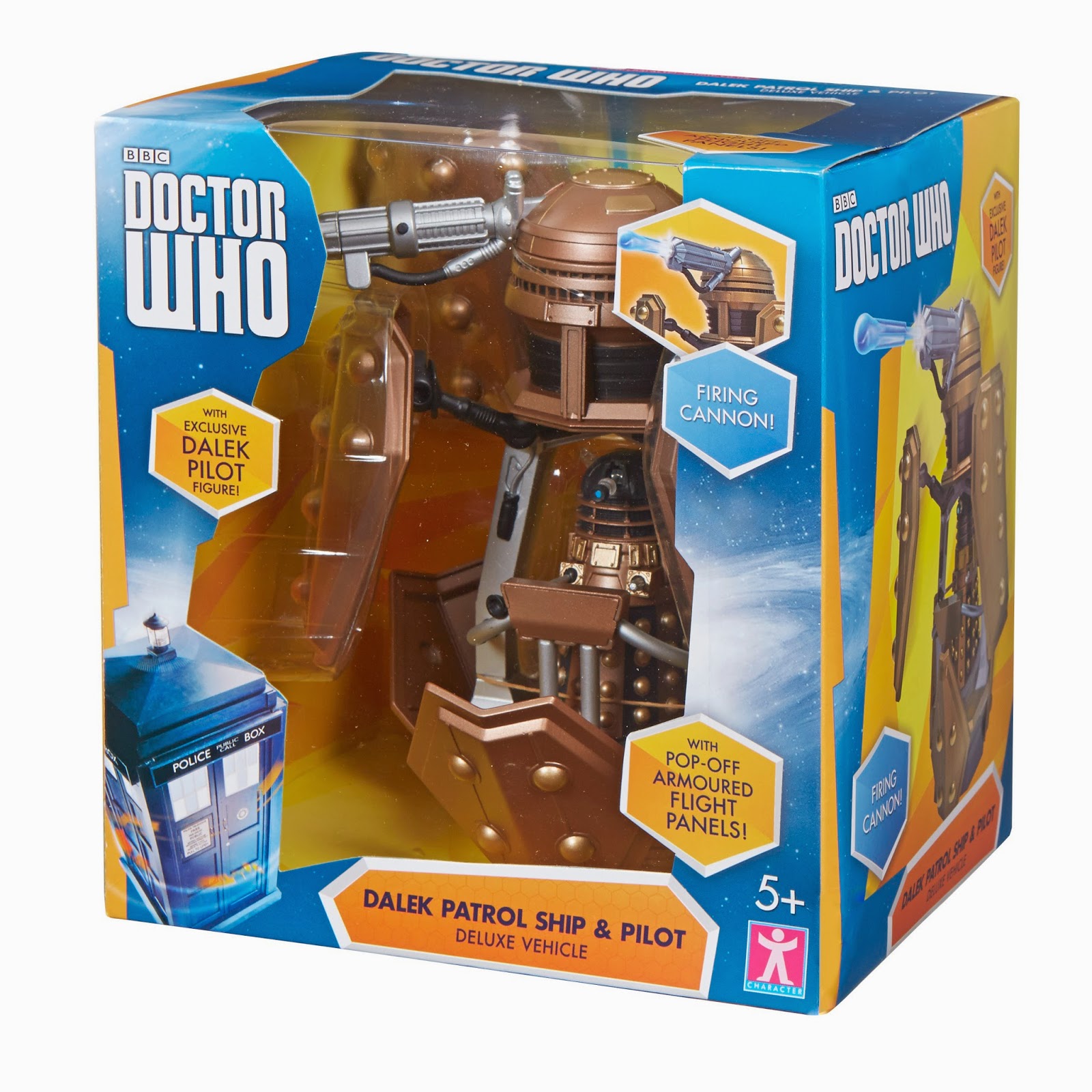 Character Options have released details about a Doctor Who toy set - the "Dalek Patrol Ship and Pilot". Click on the images included here for bigger, Dalekier versions and check out the details below. 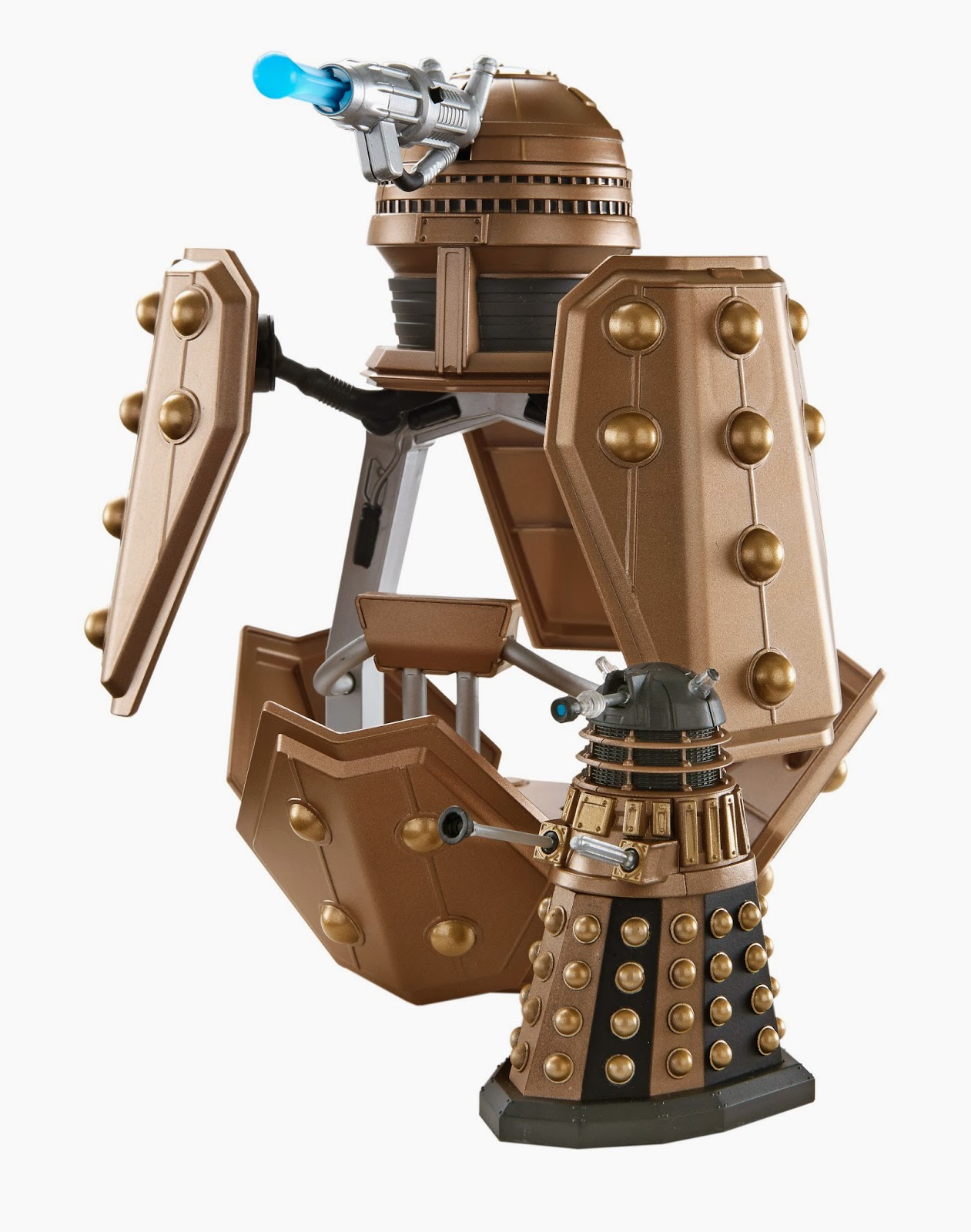 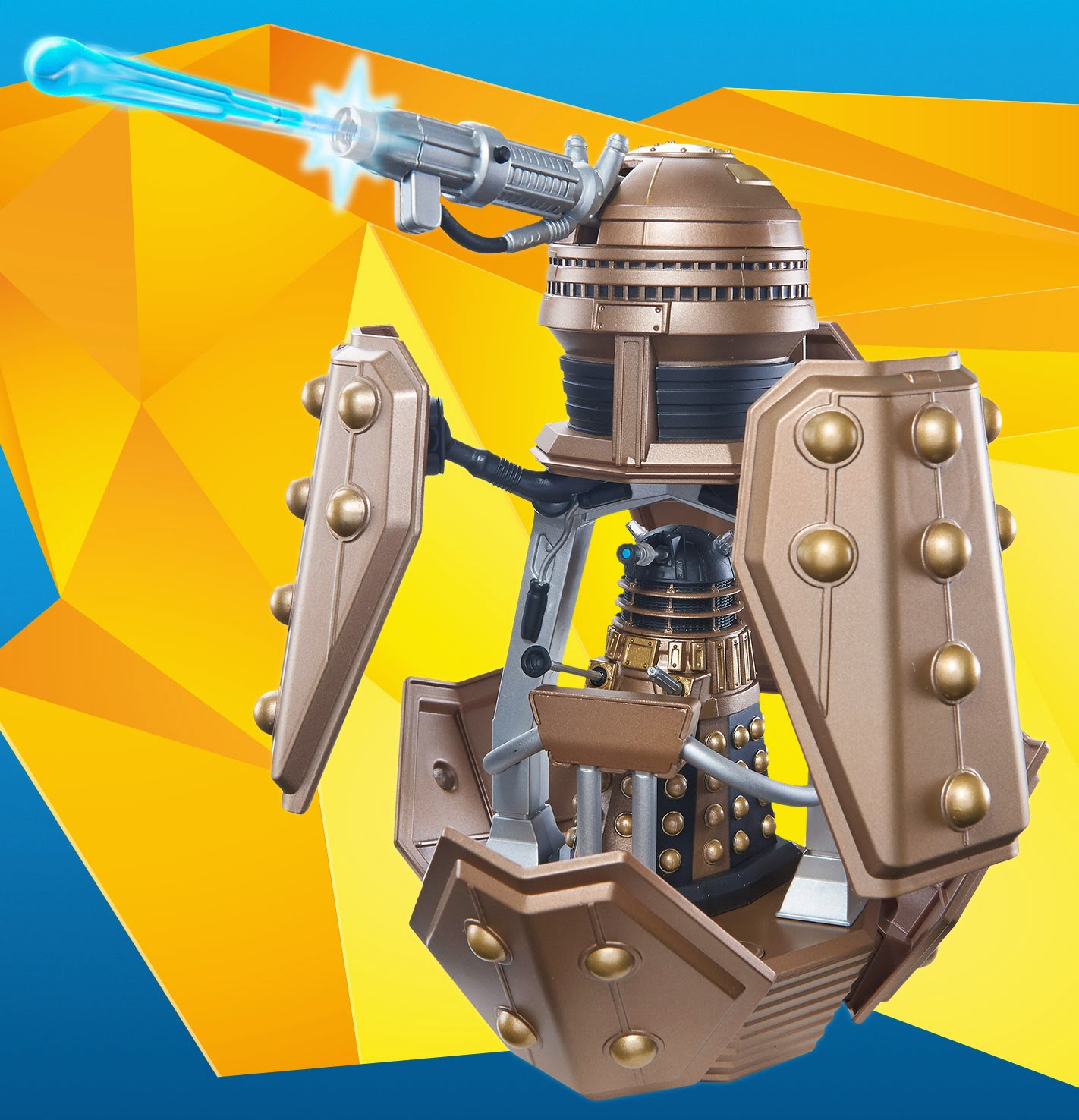 In the midst of the Time War, the Daleks surround the planet Gallifrey with their saucer ships and battle hardened Patrol Ships pummelling the surface. The War Doctor – an hitherto-unknown “hidden” incarnation of the Doctor, decides to trigger an ancient weapon of mass destruction called “The Moment”, which will destroy both the Time Lord and the Dalek races completely.

The Eleventh Doctor advises of plans to place Gallifrey in stasis and hide it outside of regular time and space. As the Daleks surround the planet ready to obliterate it, the three Doctors reveal they have recruited their past selves, and as well as a future incarnation, the planet is dematerialised to safety as the Daleks annihilate themselves in their own crossfire. 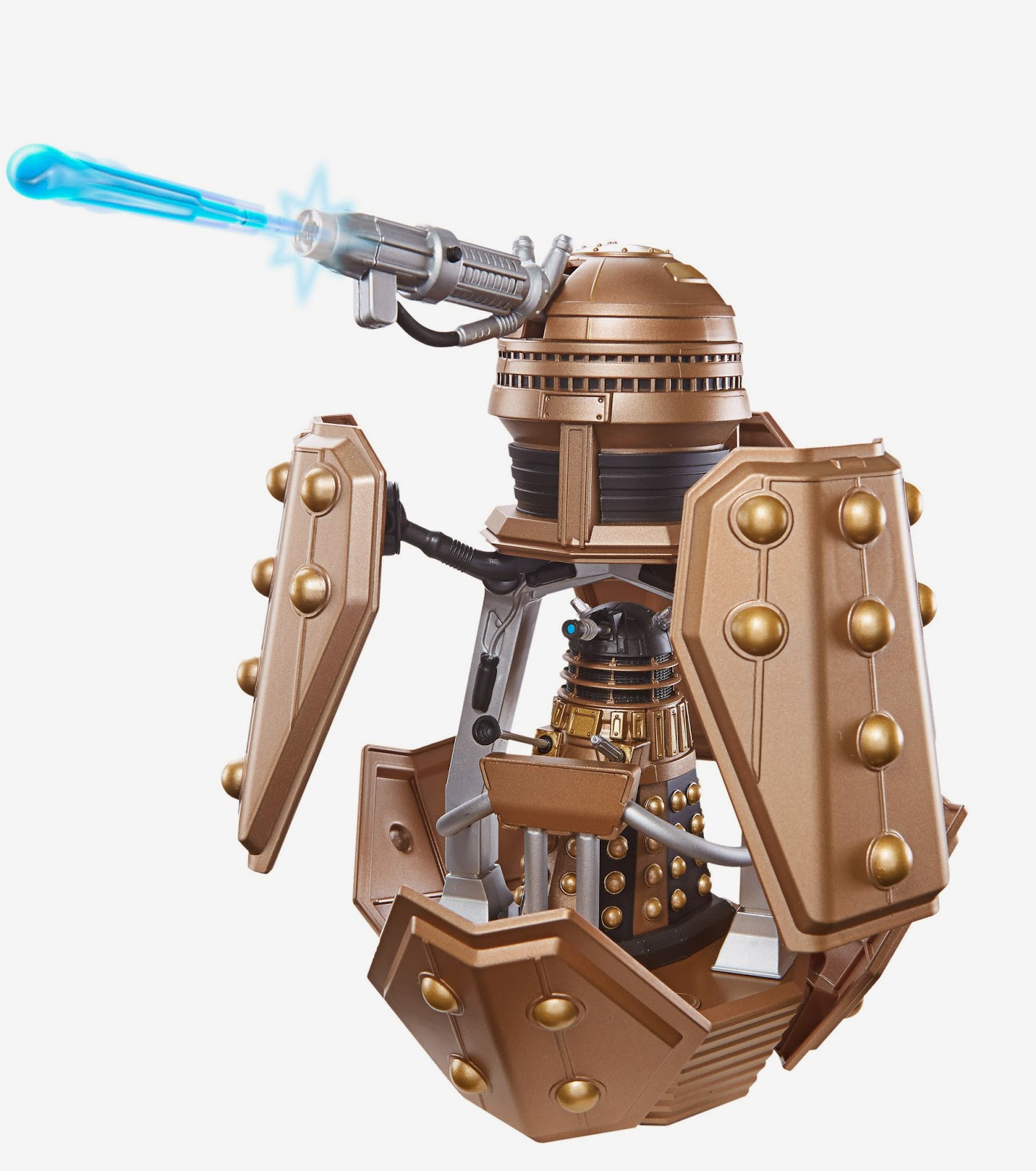 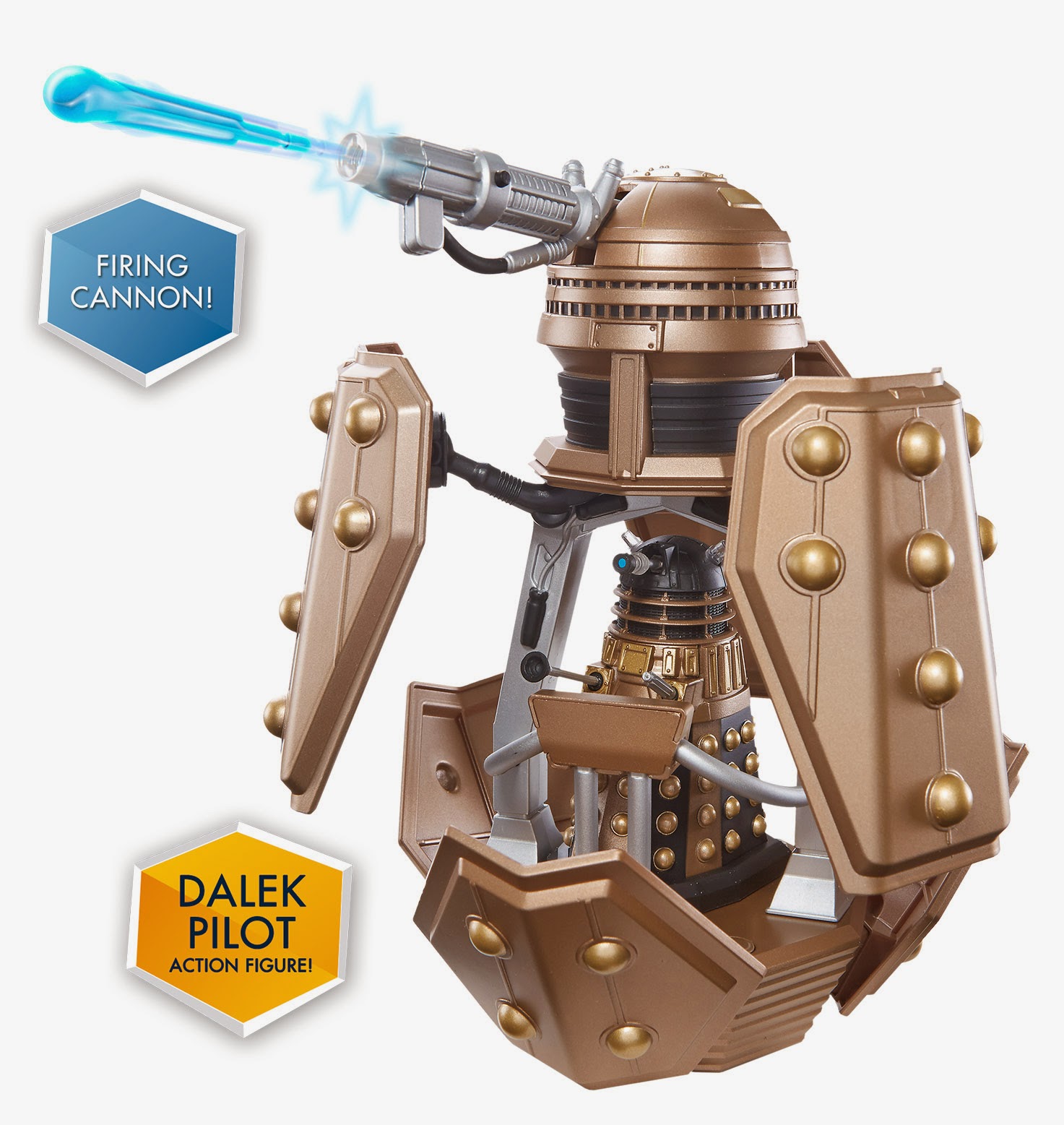