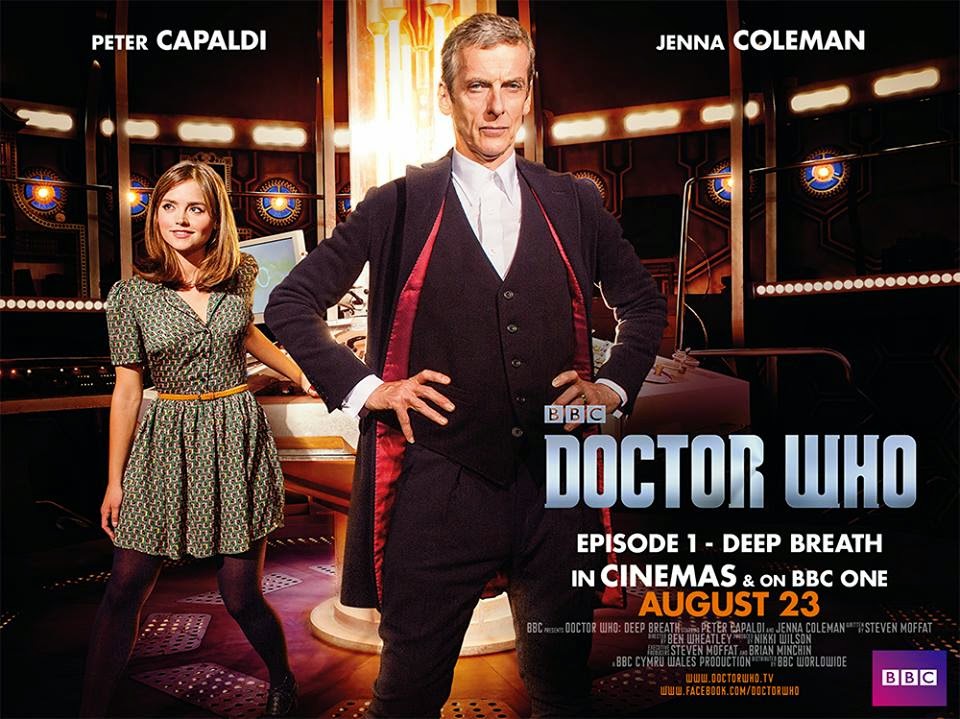 The BBC have announced today that the premiere episode of Doctor Who Series 8 will receive theatrical screenings across the world. Deep Breath, featuring Peter Capaldi as The Doctor, will be shown in cinemas from August 23. Check out the details below.

Doctor Who makes a spectacular return to the big screen in the feature-length premiere episode of Series 8; Deep Breath. Directed by acclaimed Director Ben Wheatley (Sightseers, A Field in England) and written by Lead Writer and Executive Producer Steven Moffat, the beginning of the Twelfth Doctor’s era stars Peter Capaldi as the Doctor, Jenna Coleman as his companion Clara Oswald and sees the return of fan favourites The Paternoster Gang - Madame Vastra (Neve McIntosh), Jenny Flint (Catrin Stewart) and Strax (Dan Starkey) – in a pulse-racing adventure through Victorian London.

Steven Moffat comments: "Last November the Doctor didn't just conquer the world on television, he did it in the cinemas too. And like the show-off he is, he can't resist another go - one taste of the silver screen is never enough. On August 23rd the new Doctor will begin his new adventures on BBC One and in cinemas all over the world. Movie-land beware - Capaldi is coming to get you!"

Please note: Not all participating cinemas will be airing the episode on Aug 23 and in North America fans will be able to attend encore screenings on Aug 25.