The latest issue of film magazine Empire has a special Doctor Who feature and exclusive photoshoot. Check out a snippet below, the magazine is on sale on this Thursday (July 31).

Showrunner Steven Moffat and his new star are promising to take the show into little darker realms, paring it down to its key essence and stripping it of frippery and flirting. "It can become a kind of franchise where it's not a real character at all", cautioned Capaldi, "but just an amalgam of elements that people think are Doctor Who: a scarf, a bow tie... I wanted to be the actual Doctor Who."

Elaborating on the kind of man this new Doctor will be, Capaldi stressed his enigmatic qualities:


"He's more alien than he's been for a while. He doesn't quite understand human beings or really care very much about their approval."


"With Matt's Doctor [Clara] felt quite safe, really. She knew she'd be caught if she was in danger, but this guy is a lot less human-friendly and a lot less patient. He's more removed and inaccessible. You can't quite access him in the same way."

Cold fish or not, fans should feel in safe hands, because Capaldi has solid Whovian bona fides. "Doctor Who was a part of being a kid in the '60s with The Beatles and Sunday Night At The London Palladium and smog and bronchitis and all that stuff," he enthused in Empire. "I think it's part of my DNA." 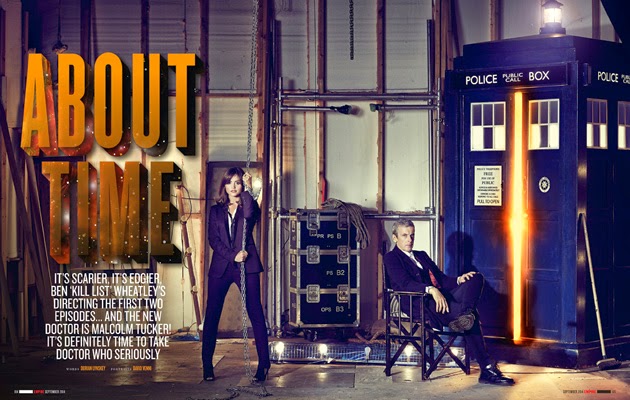 Visit the Guide to Doctor Who Series 8

For more from Peter Capaldi, Jenna Coleman and Steven Moffat pick up the September 2014 issue from Thursday July 31.