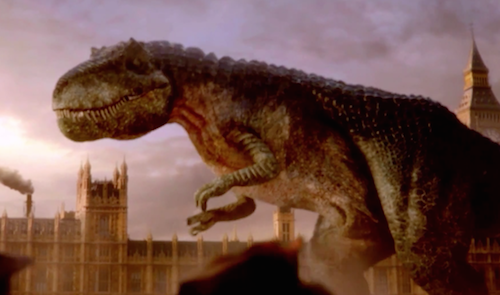 The BBC has released the official synopsis of the first episode of Doctor Who Series 8, Deep Breath - check it out below. Featuring Peter Capaldi as The Doctor, the feature-length story airs worldwide in just over two weeks in the first of a run of 12 episodes.

When the Doctor arrives in Victorian London, he finds a dinosaur rampant in the Thames and a spate of deadly spontaneous combustions.

Who is the new Doctor and will Clara’s friendship survive as they embark on a terrifying mission into the heart of an alien conspiracy? The Doctor has changed. It’s time you knew him.

Doctor Who, Series 8, Episode 1: Deep Breath airs on Aug 23 on television and will also be screened in selected cinemas worldwide. It hits DVD and bluray on Sept 8 - details HERE.


32 things we learned at the world premiere of Deep Breath