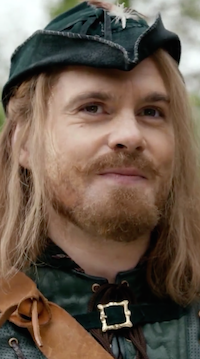 The BBC has released the cast list for the next episode of Doctor Who Series 8, Robot of Sherwood, check it out below. For more clips, pics and news from the story, click HERE.

Fact fans will note that Trevor Cooper starred in Revelation of the Daleks (as Takis) whilst Ian Hallard was seen in An Adventure in Space and Time (as Richard Martin).

The Doctor Who Series 8 Episode Guide