To a greater extent, The Ghosts of Gralstead succeeds in this endeavour. Having apparently rediscovered his joy for the role, Tom Baker commands attention as The Doctor, very much the definite article once more. Louise Jameson is, however, every bit his equal, with the two performing as an evenly-matched team. It’s heartening to know that the passage of time has been kind to their working relationship. 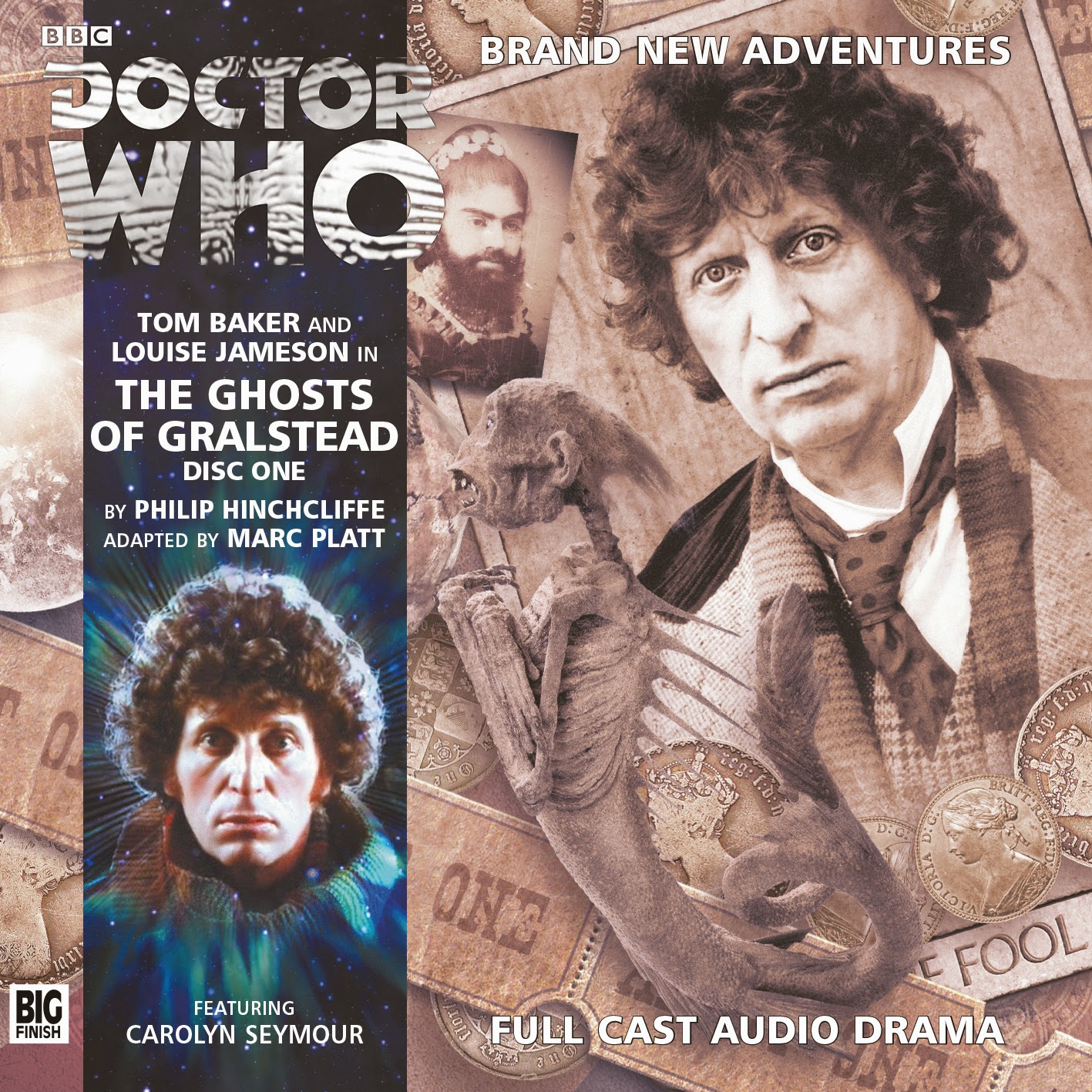 The adventure begins with The Doctor continuing in his attempts to “educate the savage” in the ways of civilised society. But Leela treads her own path, frequently disobeying the Time Lord's instructions when she considers it necessary for his own good. It’s not long before the duo become involved in a convoluted set of circumstances, surrounding a mysterious, alien artefact with the power to resurrect from the dead, and a long-running feud over its ownership.

As a six-parter there’s plenty of time for leisurely story development and it’s a pleasure to spend that time in the company of a TARDIS team who clearly enjoy each other’s company. The nature of the story, Victoriana with a liberal dose of the Grand Guignol, allows plenty of room for some of the broader performances within. It’s a story populated with several memorable characters, which may be just as well given the length of the story, and some of the detours along the way. 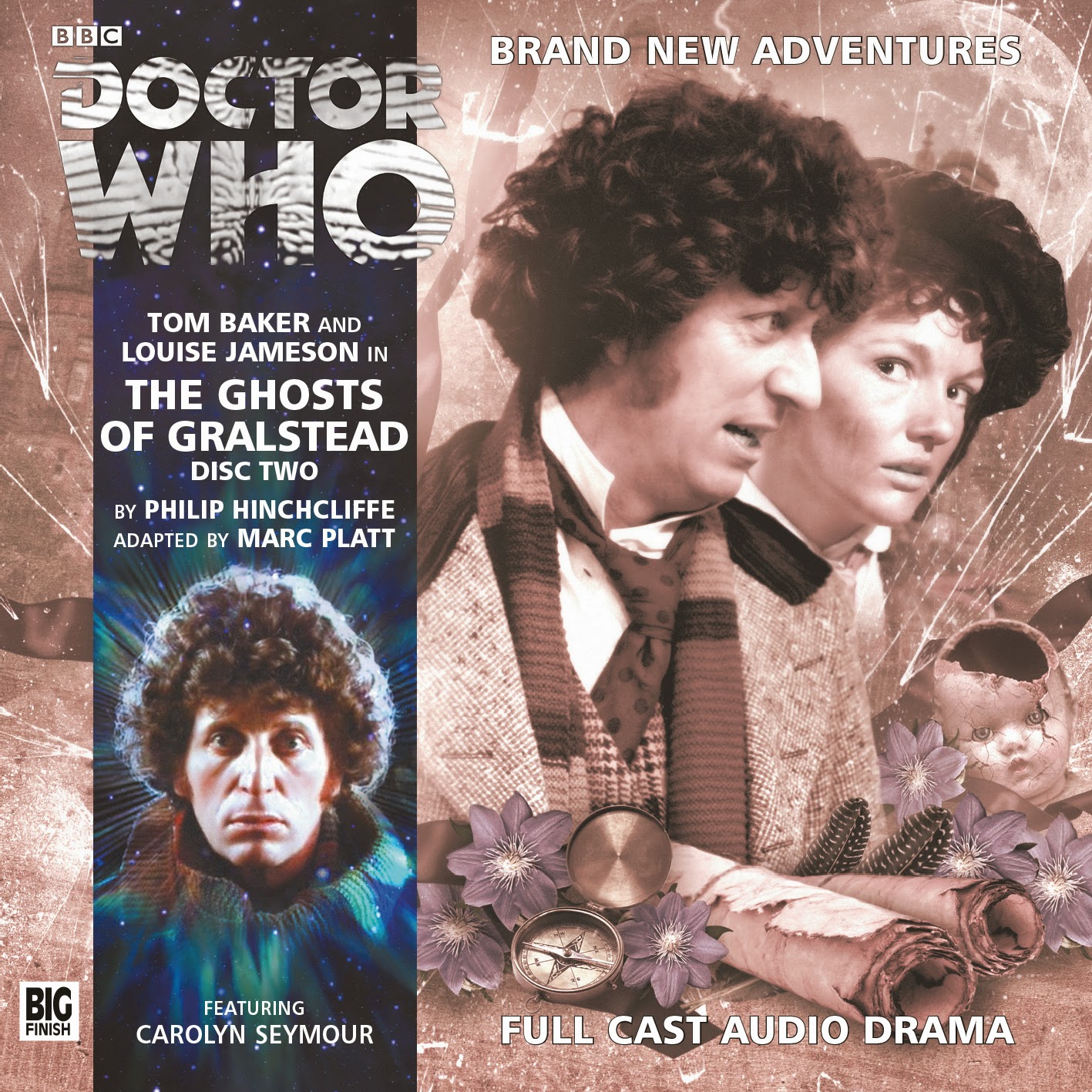 The cast provide strong performances throughout, with Carolyn Seymour vamping it up in fine style as the evil Mordrega and Martin Hutson and Gethin Anthony performing well as the feuding brothers, Cedric and Edward Scrivener. Ivanno Jeremiah provides a creditable love interest for Leela, as Abasi; kindred hunting spirits.

This is an adventure which doesn’t skimp on grotesquery and at times may not be for the faint of heart or queasy of stomach. At its heart, after all, is an alien being who adheres to a particularly unpleasant dietary plan as a means of gaining sustenance.

It seems churlish to criticise the story on the basis of its duration: a longer running time allows for more gradual development. However I did wonder whether there might have been one sub-plot too many here, and that the story would have been no less entertaining with a bit of a trim.
7/10 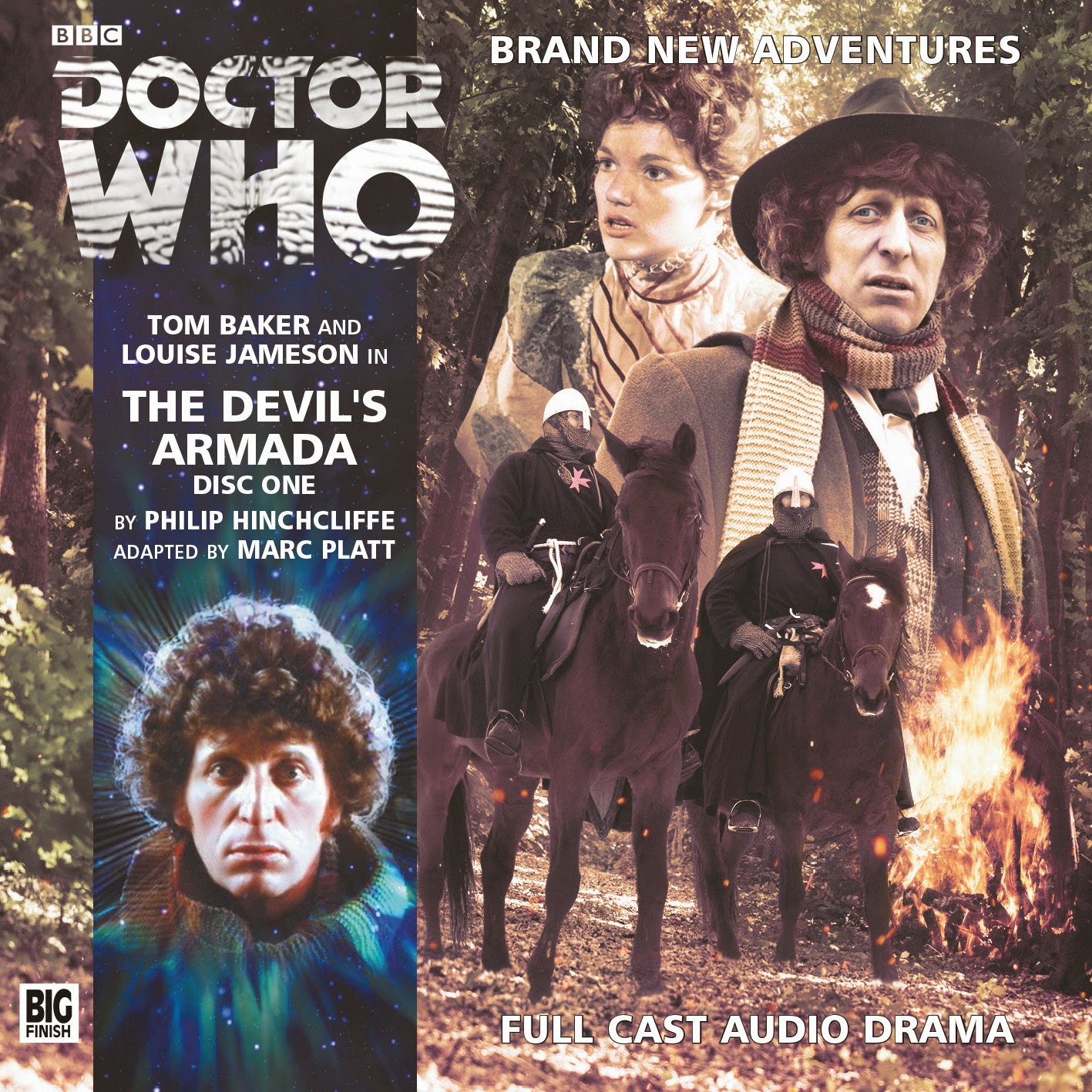 Doctor Who finally gets the chance to meet Scratchman…apparently. Aiming for another dose of Victoriana but missing and arriving instead at the height of Gloriana, the Doctor and Leela land in an Elizabethan England cast in the shadow of an imminent Spanish invasion. Religious fervour runs high, with perilous consequences for those accused of following the wrong religion, or being identified with witchcraft.

The Doctor and Leela make an immediate impact, helping an escapee priest and preventing the drowning of a suspected witch. It soon becomes apparent that there’s far more to the increased hysteria than religious zealotry, as first Leela and then The Doctor become aware of barely glimpsed, wickedly cackling sinister imps exerting a sinister influence. This mostly invisible army of creatures are led by the devil-like Old One, hell-bent on world domination.

Another strongly-cast adventure sees Baker and Jameson raising their game, with particular mention to Jamie Newall as the fanatical William Redcliffe, and Philip Bretherton as Vituperon (the Old One). Tom Baker’s Doctor is never better than when reacting against those in authority or power, and the Doctor’s encounters with the evil Vituperon are a particular treat.

As part of the collection, this feels like the better-paced of the adventures on offer. The ending did feel slightly rushed though, with a TARDIS-sized slab of technobabble to save the day.
8/10

This Big Finish release provides the listener with a welcome rediscovery of the alchemy that powered Doctor Who to prominence in the Hinchcliffe years. It’s clear that Philip Hinchcliffe knew what he was doing back then (at a remarkably young age), and Baker and Jameson are on top form throughout. There’s also a generous slice of extra material, in the form of contributions from the cast on these adventures and Doctor Who in general. The real treat though is to hear from Tom Baker, Louise Jameson and Philip Hinchcliffe, discussing in detail their work on these new adventures, and reminiscing about working together on the programme all those years ago.

Overall another splendid contribution from Big Finish to the worlds of Doctor Who.