A Friendly Place
by Al Ewing

In the second issue of The Eleventh Doctor’s adventures with new companion Alice, the colourful theme introduced in previous story After Life is continued when the travellers visit Rokhandi, a previously perfect planet, full of lush wildlife and stunning landscapes which has been turned into a garish theme park. But there’s a dark secret lurking beneath the roller coasters and candy floss...

This enjoyable story reminded me in places of The Seventh Doctor’s story The Happiness Patrol, in which sad people were arrested and drowned in strawberry fondant. There’s a similar darkness at work here, with enforced cheerfulness acting as a cover for something more mysterious at work at the heart of the park. It works as a satire on the theme park industry, with plastic trees and Customer Service Pigs © on hand to emphasize the creepiness of a place where everyone is happy all the time without exception. 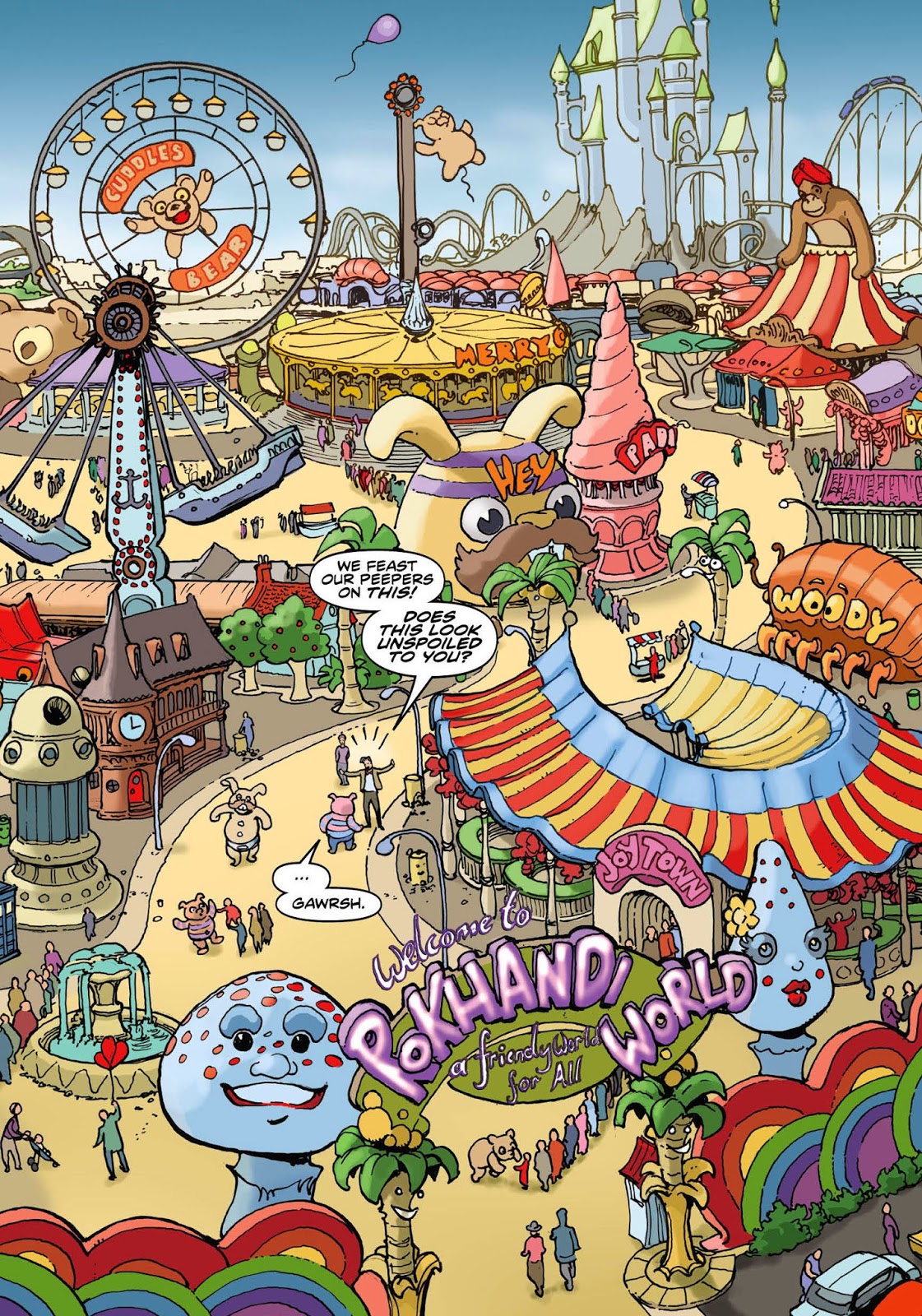 Matt Smith’s Doctor is captured perfectly in this story with his speech patterns and flashes of fury portrayed as accurately as they were in the first issue of his comic adventures. The artwork, by Simon Fraser, particularly the stunning image of Rokhandi as it was before it became industrialized, is lush and vibrant.

Companion Alice has slightly less to do in this story, although she comprehensively fulfills the classic companion job description by alternately calming and querying The Doctor. She’s still feisty though, which is a relief.

I have to add, though, it was disappointing not to see a follow-up to the massive shock image from the last issue which is promising to be the linking story-arc for this series of comics (see review HERE). Aside from that, A Friendly Place is a very enjoyable jaunt.

BLOGTOR RATING 8/10
Thanks to Titan