Next Monday in the UK sees two new Doctor Who releases on DVD and Bluray. Check out the details and artwork below for the Doctor Who 50th Anniversary Collection and Deep Breath, both released on Sept 8. 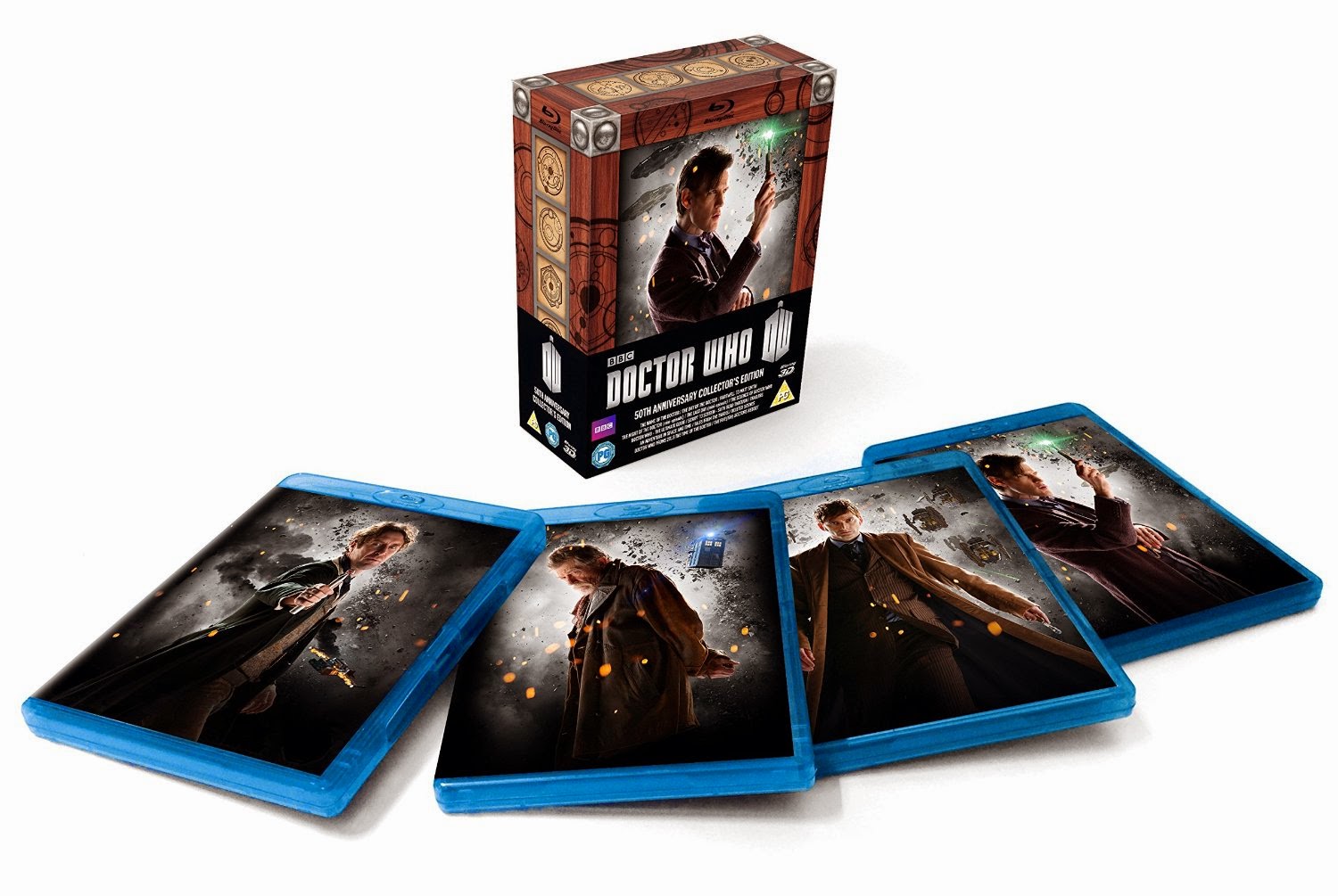 Doctor Who 50th Anniversary Collection
For the ultimate Doctor Who fan, BBC Worldwide UK are proud to present a special collection of highlights from the groundbreaking 50th anniversary of Doctor Who, including - for the first time - An Adventure in Space and Time on Bluray.

The limited edition collector’s set (10,000 on Bluray and 4,000 on DVD) includes: the 50th anniversary special, The Day of the Doctor; Matt Smith’s Farewell, The Time of the Doctor; the Series 7 finale, The Name of the Doctor; and the Eighth Doctor’s (played by Paul McGann) surprise regeneration into John Hurt’s War Doctor, The Night of the Doctor. 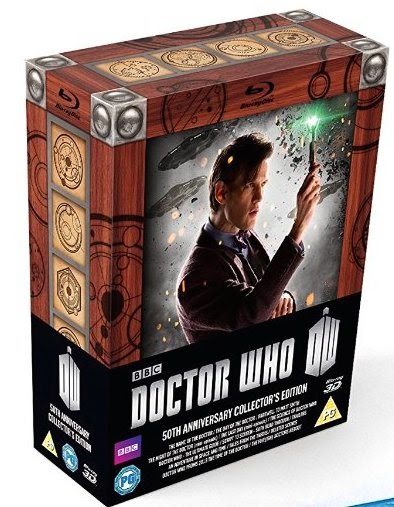 The Doctor makes a spectacular return to the big screen in the feature-length debut episode of Series 8; Deep Breath. Directed by acclaimed Director Ben Wheatley (Sightseers, A Field in England) and written by Lead Writer and Executive Producer Steven Moffat, the beginning of the Twelfth Doctor’s era stars Peter Capaldi as the Doctor, Jenna Coleman as his companion Clara Oswald and sees the return of fan favourites The Paternoster Gang - Madame Vastra (Neve McIntosh), Jenny Flint (Catrin Stewart) and Strax (Dan Starkey) – in a pulse-racing adventure through Victorian London.

Pre-order on DVD HERE and on Bluray HERE

This episode will be available from BBC Shop and other leading retailers from 8th September priced at £12.99 for DVD and £15.99 for Bluray.


Containing the feature length first episode from the much anticipated Series 8 of Doctor Who, there is also another chance to watch Doctor Who Live: The Next Doctor, in which Peter Capaldi was revealed as the Twelfth Doctor, a 10 minute behind the scenes feature and some further exclusive content.