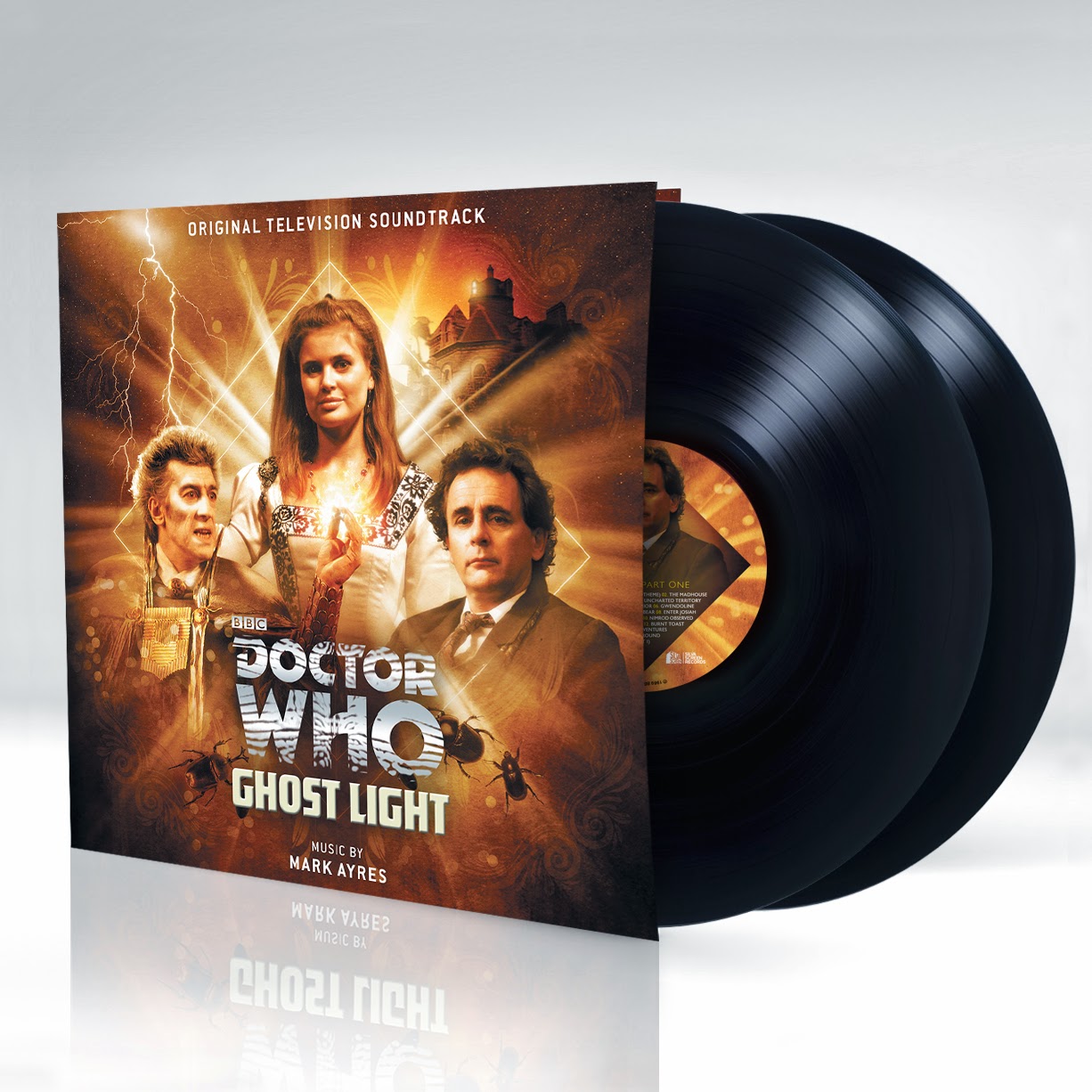 Composer Ayres says, “This newly-remastered release presents the score in story order and is compiled from new transfers of the original analogue stereo master tapes. Consecutive cues have been combined into longer tracks.  It is a particular delight to hear this music on vinyl.  It was some of the last work I mixed to analogue 1/4” tape before digital took over, and suits the medium well. It also allows me to dedicate a side to each episode, keeping the cliff-hangers and reprises intact…plus the original demo version of Episode 1 on side 4.”

Doctor Who: Ghost Light will be released on Oct 13, on DOUBLE LP/180g HEAVY VINYL/GATEFOLD SLEEVE.