New play by Robert Shearman to debut in London 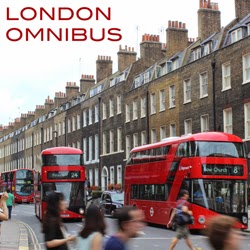 Award-winning science fiction and fantasy writer Robert Shearman, perhaps best known for reintroducing the Daleks to Doctor Who in 2005's Dalek, has written a piece for London Omnibus, a collection of new plays opening next week in London.  The show marks a return to playwriting for Shearman, who has most recently won several awards for his short story collections.

Each of the four London Omnibus writers – Shearman plus Christina Barrett-Jones, Gus Gowland and Katherine Manners - was assigned a London bus line.  He or she then travelled on that bus before writing a short play prompted by some aspect of the journey.  Asia Osborne and Jeremy Lloyd Thomas are directing the resulting plays.

Tickets for the workshop performances cost £15 each (£11 for concessions) and tickets for the gala (which include entry to the museum earlier in the day) cost £32. Tickets can be booked at http://www.thisstage.co.uk/LondonOmnibus/booking.html.