The Doctor, Ian, Barbara and Vicki arrive at a significant moment in English history, the ripples caused by Henry Bolingbroke’s actions spreading across the country in the aftermath of his usurpation of the English throne. The whereabouts of the deposed Richard II are not widely known, with rumours of plot and counter-plot raising the temperature of an otherwise chilly winter.

The TARDIS travellers quickly establish a position of trust at Sonning Bishop’s Palace, the temporary but enforced residence for Richard’s queen, Isabella. The resourceful TARDIS crew develop relationships of friendship and trust with the Bishop and occupants of the palace, and the story takes time to build up believable friendships between Vicki and Isabella, Ian and Thomas de Wensley as fellow knights, and Barbara with Geoffrey Chaucer.

Meanwhile, The Doctor delights firstly in adopting the role of Lord of Misrule at the Bishop’s banquet, where he first encounters the formidable presence of Thomas Arundel, Archbishop of Canterbury.  The Doctor then takes on the responsibility of tutor to the young Queen Isabella.  It’s not hard to imagine William Hartnell’s version thoroughly enjoying the variety offered by this story, ably demonstrated by William Russell’s excellent interpretation of the First Doctor.

Over the course of four episodes, The Doctor and his friends must negotiate their way through the febrile atmosphere wrought by Richard’s removal from power. Marc Platt avoids the clichés of the good king unseated by the evil usurper, instead painting the protagonists in shades of grey.  Henry IV is not the villain of the piece: that’s reserved for Archbishop Thomas Arundel. Like all the best villains, it’s clear that Arundel doesn’t see himself as such, believing that his actions are necessary for the greater good, however questionable his beliefs may be.

Whilst well aware of the strictures of tampering with history, the TARDIS crew aren’t passive bystanders to events. Vicki aids Isabella in her escape from Sonning, Barbara and the Doctor decide to try and locate Geoffrey Chaucer, and there’s a shock for Ian when he discovers that chivalric friendships are not all they appear to be. 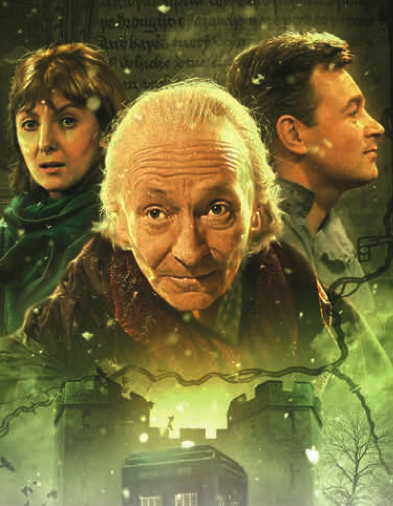 The tale offers a plausibly entertaining explanation for the strange departure from history of Geoffrey Chaucer, and it’s a beguiling thought that somewhere, in the background of one of the Canterbury Tales there might lurk a battered, wooden, blue box.

William Russell and Maureen O’Brien are dependably excellent, peeling away the decades to give life to a Doctor Who adventure that would sit comfortably alongside The Crusade. The supporting cast work well together and particular praise goes to Alice Haig as the spirited Queen Isabella, and John Banks as the manipulative sneerer-in-chief, Archbishop Arundel.

Another fantastic offering from Big Finish, well worth seeking out for a change of pace.