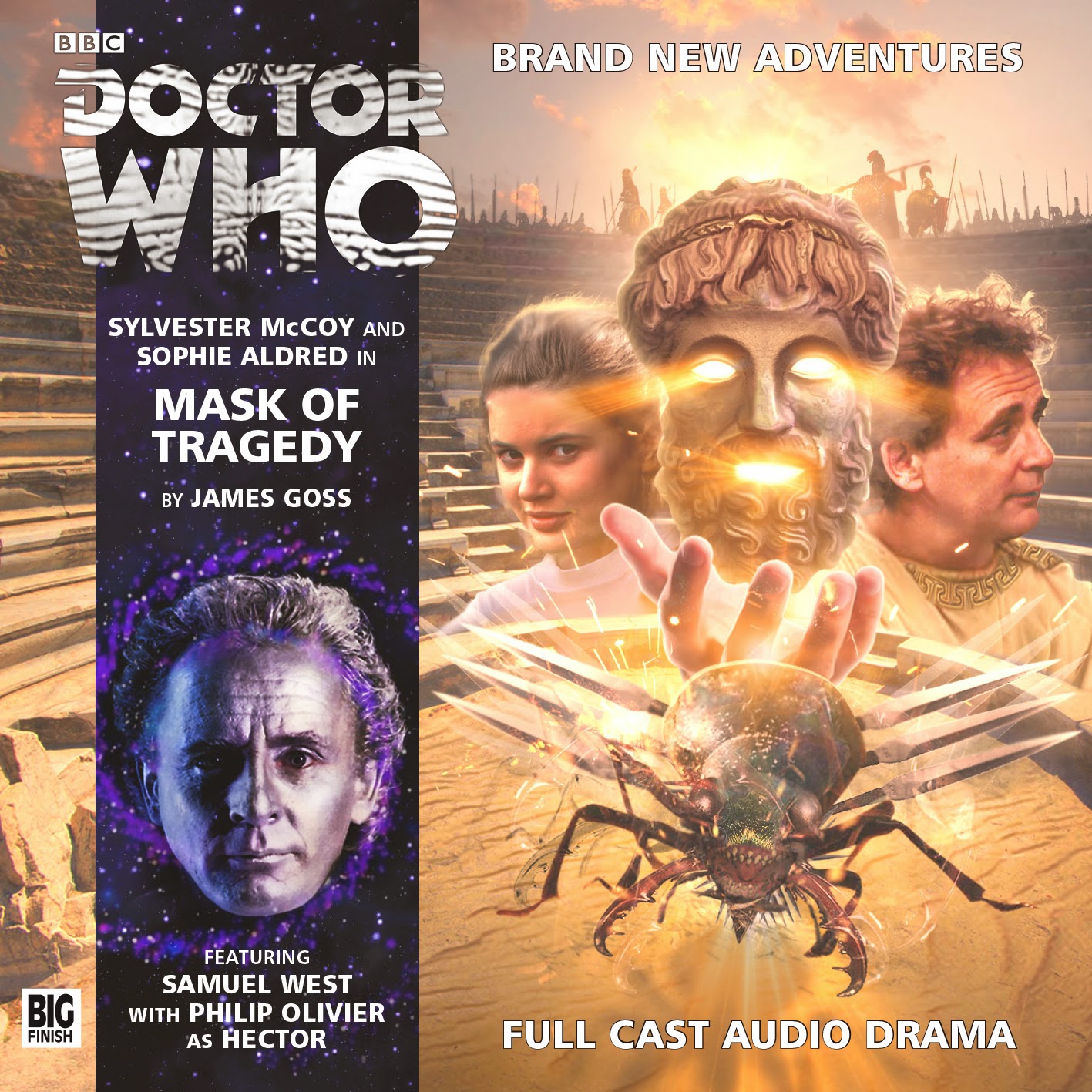 Mask of Tragedy sees The Seventh Doctor continue his travels with Ace and Hector – the companion formerly known as Hex Schofield, now with no memory of his past life, and an increasingly troubled relationship with adventuring in the TARDIS as a result. Hector's ongoing character arc weaves neatly into the story here; indeed, it quite deftly exploits some of the possibilities inherent in taking a regular character and stripping them of their memories. Ace and the Doctor at times struggle to remember that Hector is not the same man they met back in St Gart’s Hospital, and by the adventure’s end, it’s clear that these tensions have not been lost on Hector.

It allows us a story where travelling into Earth's history is new to one of our companions again, and - inevitably - they toy with the Cardinal Rule of Historicals. In the immortal words of dearest Hartnell, "You can't rewrite history, not one line!" But where's the fun if nobody at least makes a misguided and well-meaning attempt? And whose historical meddling will, in the end, do the most damage? 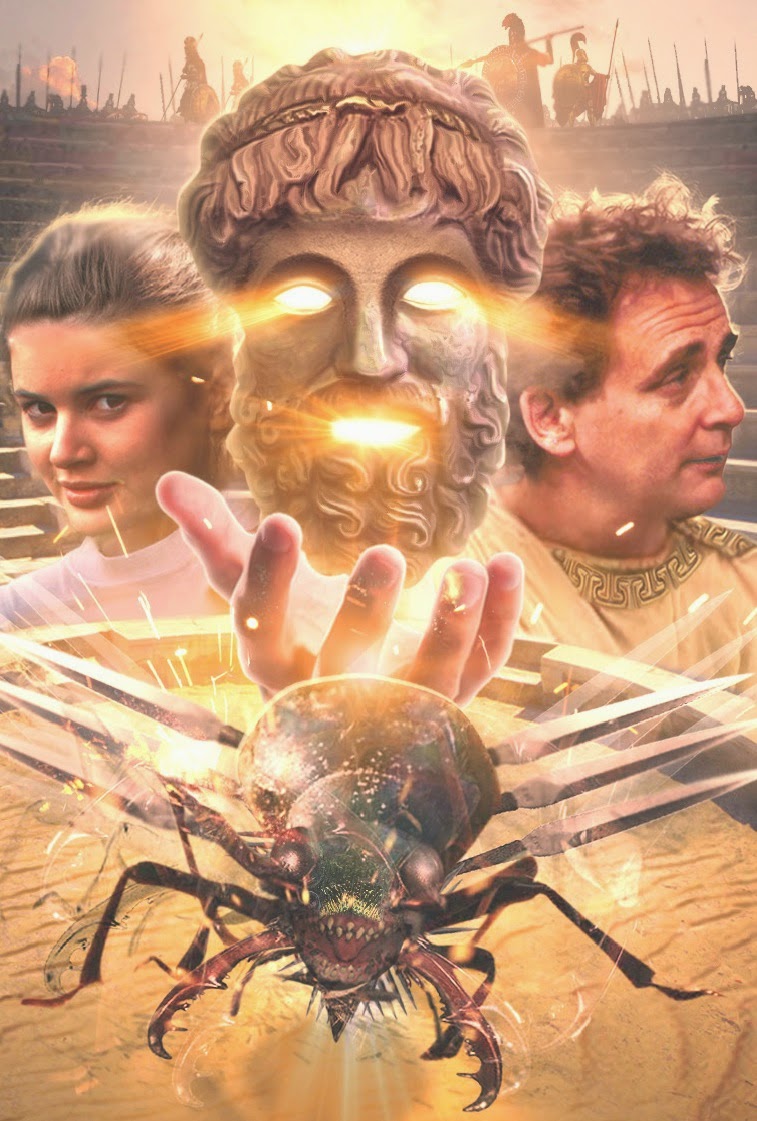 However, this is, as we've come to expect from our heroes' jaunts into the past, not a straightforward tale of Spartans and make-believe gods; rather, the catalyst for our heroes adventure is the intrusion of Space Things into history. But writer James Goss takes a novel approach: that is to say, here we see an ancient Athens where several of the Athenians we meet are not only not surprised by the presence of an alien visitor, but downright blasé. It turns out that Athens is no stranger to all manner of tourism.

Of course, any story where one of the pivotal guests is the ancient Greek comic playwright Aristophanes (joyously portrayed by Samuel West) is destined to be sprinkled with a significant measure of comedy, and this story strikes a good balance between lighthearted fun and some genuinely dark moments. That scheming and manipulative tendency so often associated with Sylvester McCoy’s run as The Doctor is most definitely at play here, but in ways that make for a satisfyingly amusing outcome. This, plus our alien visitor and Ace’s stint in the Spartan Women’s Army make for a wonderfully fun adventure steeped in all the things I’ve come to love about historicals, as well as making the gravity of the story’s darker moments all the more meaningful.

If you like a good measure of history thrown in with your Space Things, and a good bit of fun alongside your serious business, this makes for good listening indeed. 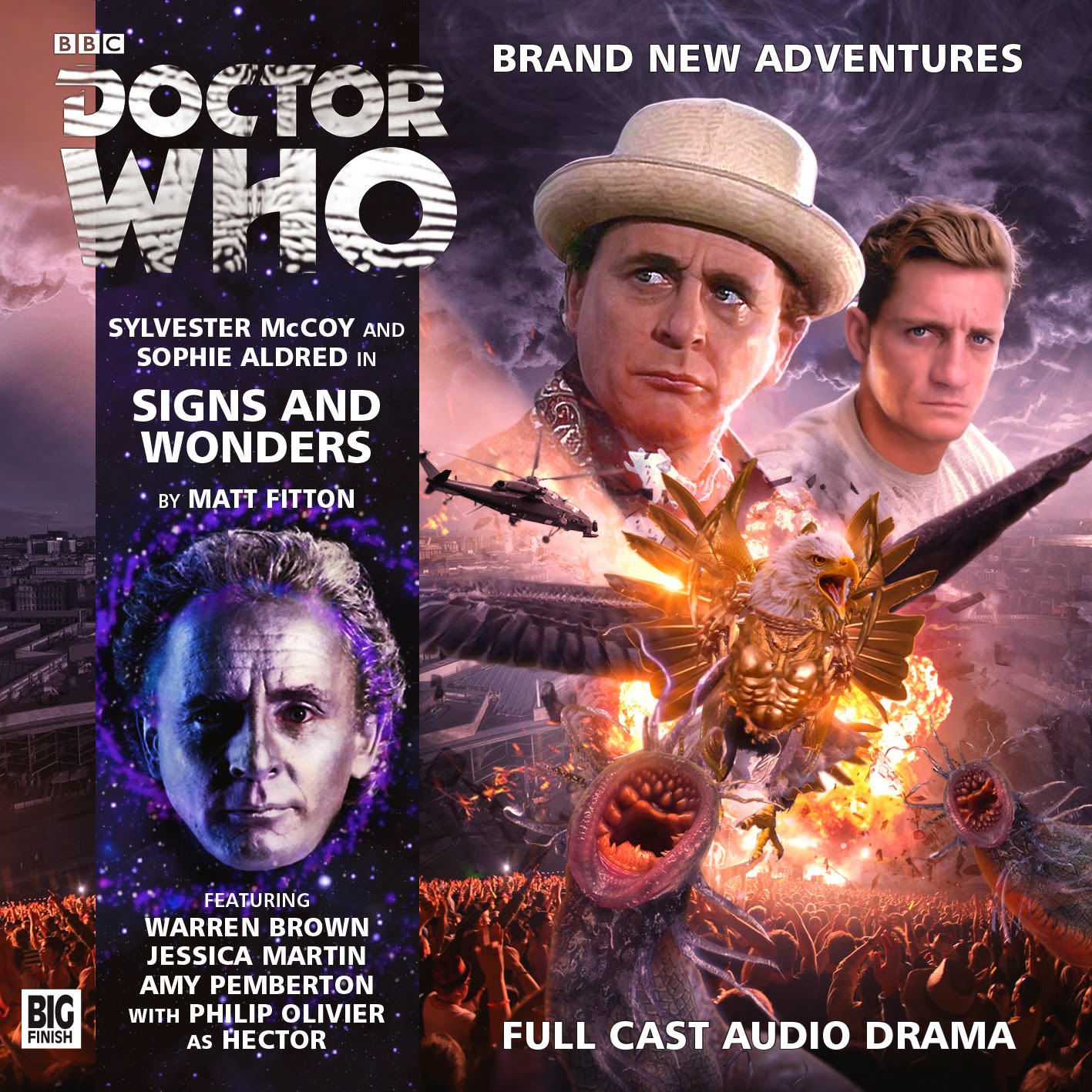 Signs and Wonders
by Matt Fitton

After a visit to antiquity in the previous story, Signs and Wonders brings our heroes – The Seventh Doctor, Ace, and Hector – back to good old Liverpool in the not-too-distant future. It comes as little surprise, of course, that something suspicious is afoot, as the team arrive to find a distinctly apocalyptic atmosphere in the city, and that a decidedly the-end-is-nigh celebrity party animal Rufus Stone has something to do with it. As this story is very much the culmination of Hex’s story, however, it is also fitting that we discover that there are some Elder Gods at work here as well.

Philip Olivier really gets a chance to shine here: as Hector, confused and directionless, feeling – perhaps quite rightly – that the memory of his former persona is so prominent and so dear in the minds of his companions that he will never escape it for as long as he is among them. When, however, his memories are restored to him thanks to the efforts of his friends, his decision to leave TARDIS life behind stands. 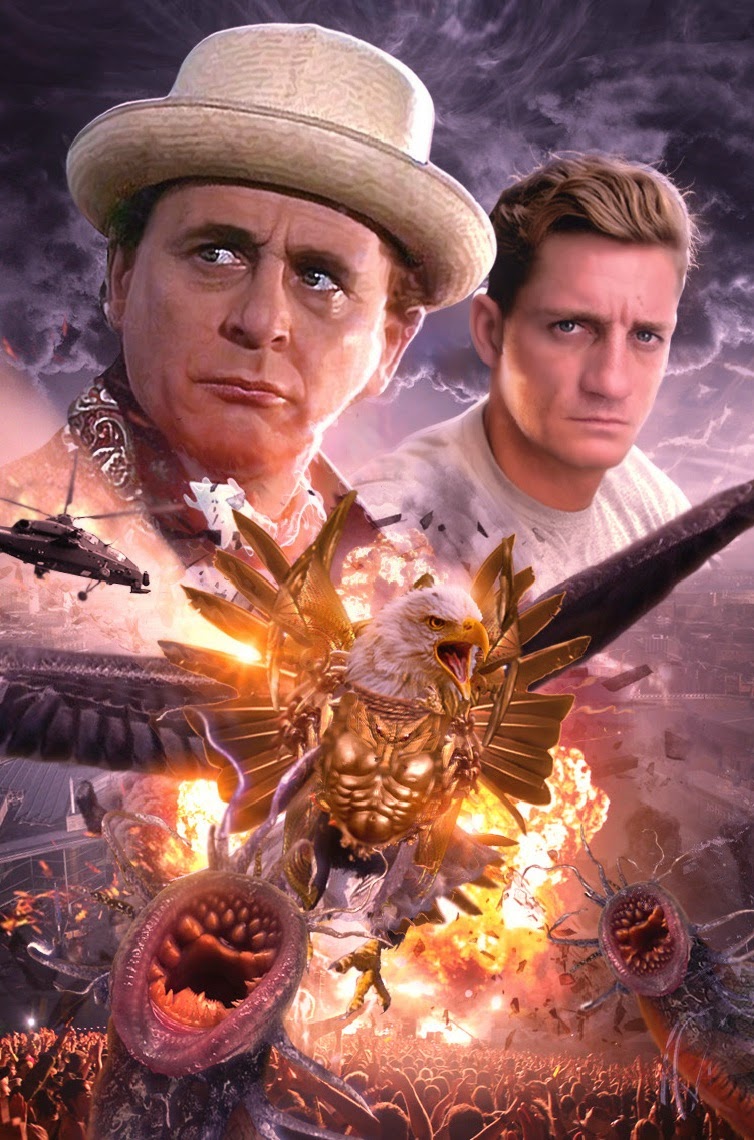 The story is blessed with a wonderful guest cast, including Amy Pemberton’s welcome reprisal of the role of Sally Morgan, and Jessica Martin (whom listeners may remember as Mags in The Greatest Show In The Galaxy) as the Reverend Janet Green, a vicar who turns out to have motives rather more ulterior than just visiting interesting old churches after all.

As a fairly necessarily continuity-heavy tale, I wouldn’t recommend this as a starting point if you’re new to the audio world of Seven, Ace, and Hex. There is a lot that’s led up to the events of Signs And Wonders, but it culminates in a beautiful coda to Hex’s arc. I’ve really liked Hex and I’ll miss him if he doesn’t make a return, but I’m glad that the character has been blessed with a happy ending. That makes me happy too.

(Plus, writer Matt Fitton has thrown in some especially meaty letter Rs for McCoy to rrrrroll into, which is always fun!)

Thanks to Big Finish