EPISODE PREVIEW: In The Forest Of The Night [spoiler-free] 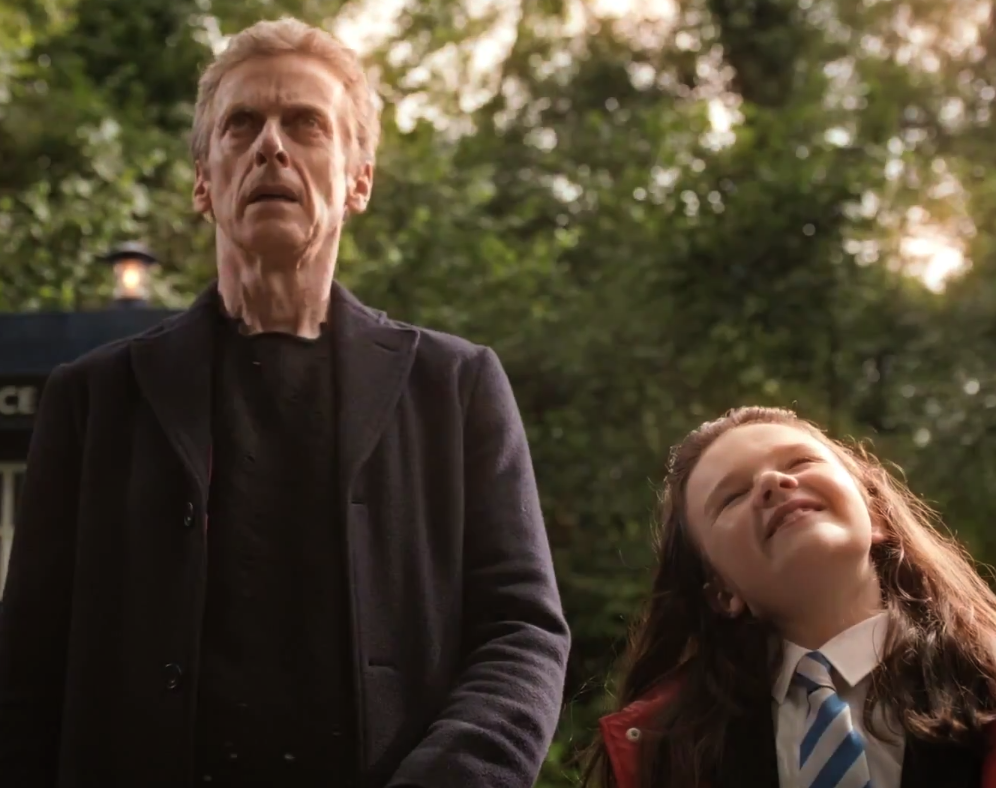 IN THE FOREST OF THE NIGHT
by Frank Cottrell-Boyce

It's not often we get an episode with a new writer AND director and yet Doctor Who Series 8 has already seen one, and now here's another. This combination of "newness", if you'll permit to use that word, just shows how exciting and invigorating an input of fresh voices and visions can be.

In The Forest Of The Night wastes no time in setting the scene - the world has been taken over by the trees (and vegetation in general). The Doctor is somewhat flummoxed by the turn of events, and even more perplexed by the appearance of Coal Hill School pupil Maebh who doesn't seem to be too taken aback by the TARDIS. And the surprise-o-meter is blasted apart when Clara, Danny and more pupils find a new forest world in front of them after a Museum sleepover.

But why has the Earth been embroidered with greenery, and why is young Maebh so vital to discovering this mystery? There's more, much more to take in, but I shan't spoil.

From the opening of this episode, it's very clear that In The Forest Of The Night is going to be something very different and very special. Young Maebh's meeting with everyone's favourite Gallifreyan in the TARDIS is fun and fascinating but it's how these moments are filmed that really catch the eye. New-to-Who director Sheree Folkson is not scared to get all hand-held and up in people's faces; stylistically, this kind of camerawork has been a stranger to Doctor Who. It's a most welcome addition.

Inititially, this quirk emphasises the lighter side of the episode but, as the darker elements of the story develops, and the mystery becomes clearer, the camera gives weight to the fear and the danger. Folkson is to be congratulated for her vision and her boldness. A boldness which one feels, came from the spirit and heart of the script.

Speaking of which, the other newbie (though hardly new to the world of television and film), Frank Cottrell-Boyce has done, what I refer to as, a "Richard Curtis". Older readers may remember Vincent and The Doctor from the Four Weddings and a Funeral writer - a beautiful, brave and touching story, with a message deep in its core. Well, Cottrell-Boyce has mirrored this. 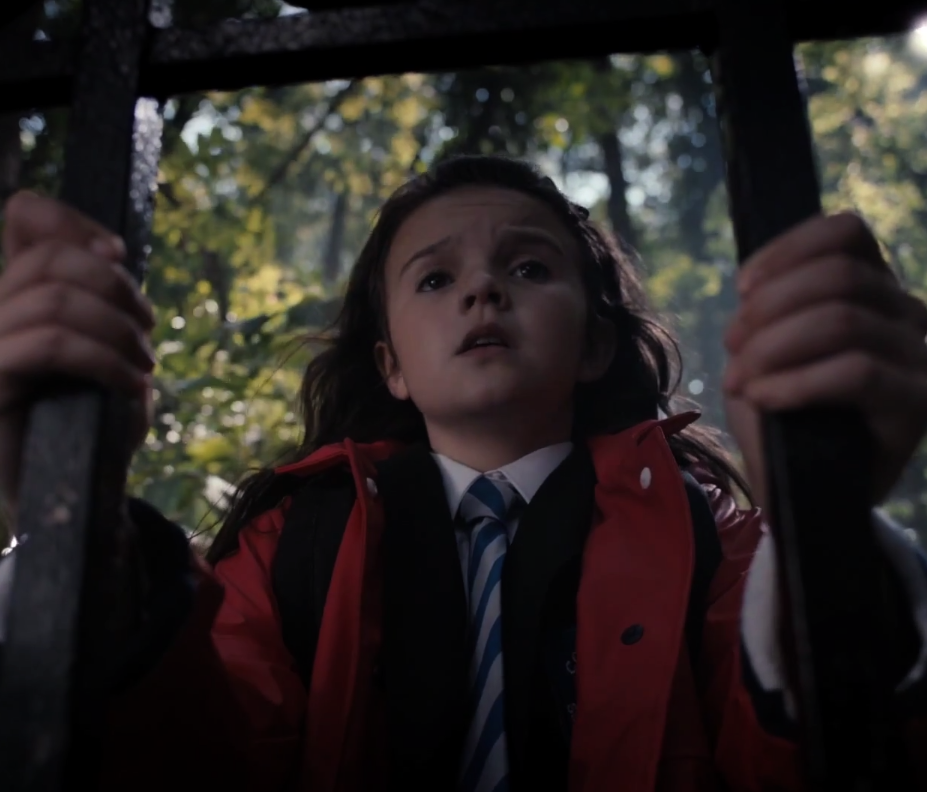 On the surface, Forest is a story about the world being taken over by trees while the human race face obliteration. And, I'm sure, that will be enough for some viewers. But there is so much more going on, rumbling beneath (not very far, I should say) from the top.

Again, without wanting to spoil, Maebh's story is heartbreaking at times, joyous at others; "I haven't phoned home, but I know my mum is worried about me," she stoutly informs The Doctor, who merely looks on, speechless bested by the wisdom of his new companion.

How we treat children affected adversely by the world around them is examined in a very moving fashion and, I have to admit, this tale may well evoke tears from its audience (well, those with a heart anyway). For me, it's the first time this series when I've felt so touched by the story and characters involved.

In tandem, there's also ecological themes being addressed and one cannot help but be reminded of 1970s Doctor Who when each week the social politics of the UK were being dissected. Here, however, it's on a global scale and, as with the other issues, sensitively and prudently handled. Like the aforementioned director, Frank Cottrell-Boyce is also to be congratulated hugely for his mightily impressive debut. 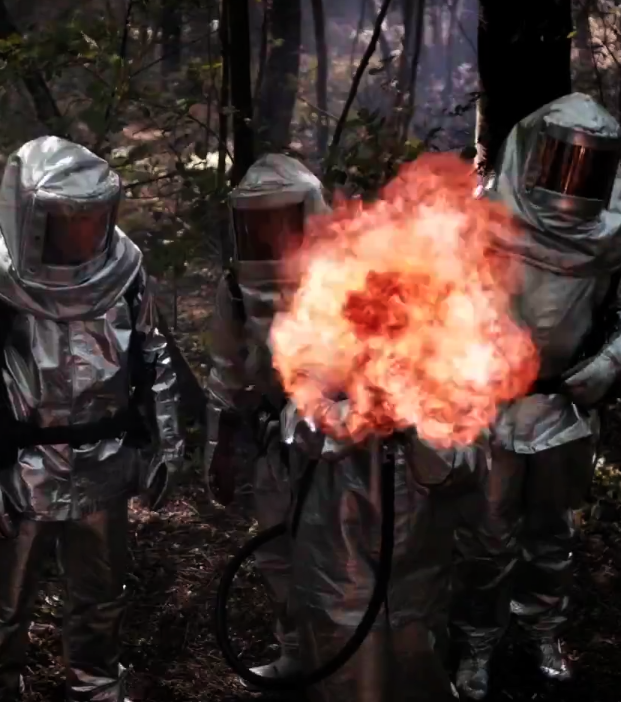 As emotional as the episode is, there's still a bucket-load of adventure in here - "Stars grow cold, planets implode. Catastrophe is the metabolism of the universe!" proclaims Peter Capaldi on the realisation that this battle may already be over, adding, "I can fight monsters, I can't fight physics." Great lines and delivered in a very Doctorly fashion. The Scotsman's interplay with Maebh, perfectly played by Abigail Eames, is utterly delightful. Like with Courtney earlier this series in The Caretaker and Kill The Moon, Capaldi shows his Time Lord can spark off with the most unlikely of people.

Seeing him with Coal Hill's so-called "gifted and talented" is a joy; his child-awareness amusing in the extreme. A particular standout from the children is the fantastic Harley Bird, who plays know-it-all yet forever worrying and panicy Ruby. In a line reminiscent of Lisa Simpson's MTV generation comment, "We feel neither highs or lows," Ruby says of the new world they find themselves in, "There was a forest, there wasn't a forest - nothing surprises us any more." Pfft, kids these days, huh?

Elsewhere in the story, we get a glimpse into the increasingly emotionally scaterred pysche of Clara. Next to The Doctor she may seem normal, but when you place her next to Danny,  a very human and caring person, we begin to see how her outlook on life has been changed and how her priorities are vastly different to her fellow teacher. It's a stark reminder how different she is to your regular Earthling. 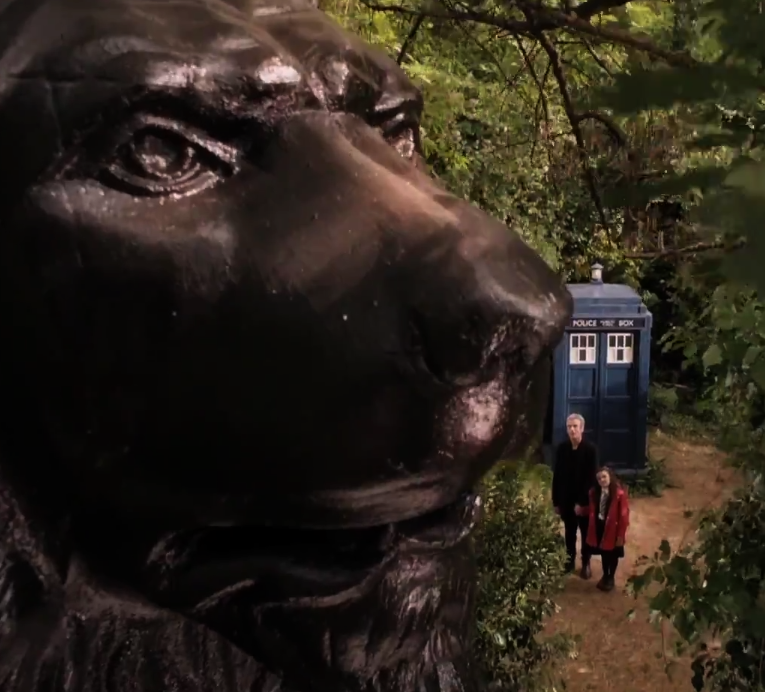 In The Forest Of The Night may well feel and look like a fairytale but it's anything but. It's firmly grounded in reality and real issues. The children involved are a smoke screen for themes which the adult audience will savour and ponder whilst the mystery and its superb resolution will keep you hooked and satisfy greatly.

And your heart may just beat a little stronger too.