PREVIEW: Doctor Who: The Twelfth Doctor #1

Titan Comics have released some preview images of the forthcoming publication, Doctor Who - The Twelfth Doctor #1 - click on the pictures included here for bigger versions. The comic is available from Oct 15, check out the details below.

Offering shocks, surprises, and galaxy-shaking revelations, seasoned TARDIS pilot Robbie Morrison (2000AD) and New York Times-bestselling artist Dave Taylor (Batman: Death by Design) mark the start of their first five-issue run by diving headfirst into the console room and pulling all the levers they can – spinning the new Doctor off to his most challenging destination yet!

Freshly regenerated and with a new head full of unanswered questions, the Doctor (as played by Peter Capaldi) whisks Clara Oswald (as played by Jenna Coleman) away to a strange and distant world.

Clara thought she was in for an evening of marking essays on the Metaphysical Poets, followed by going out on a date – or at least trying to. You know, normal stuff. 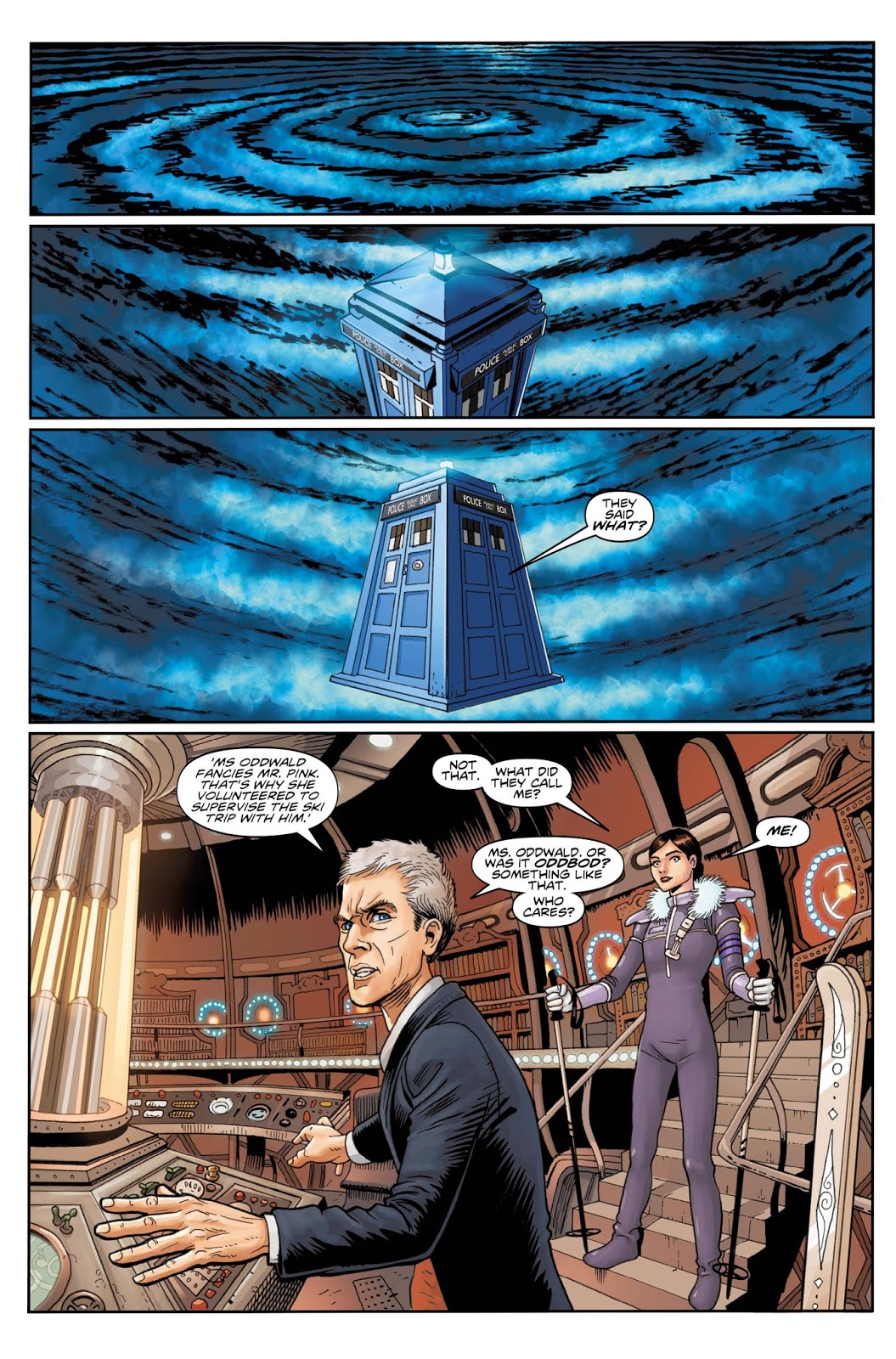 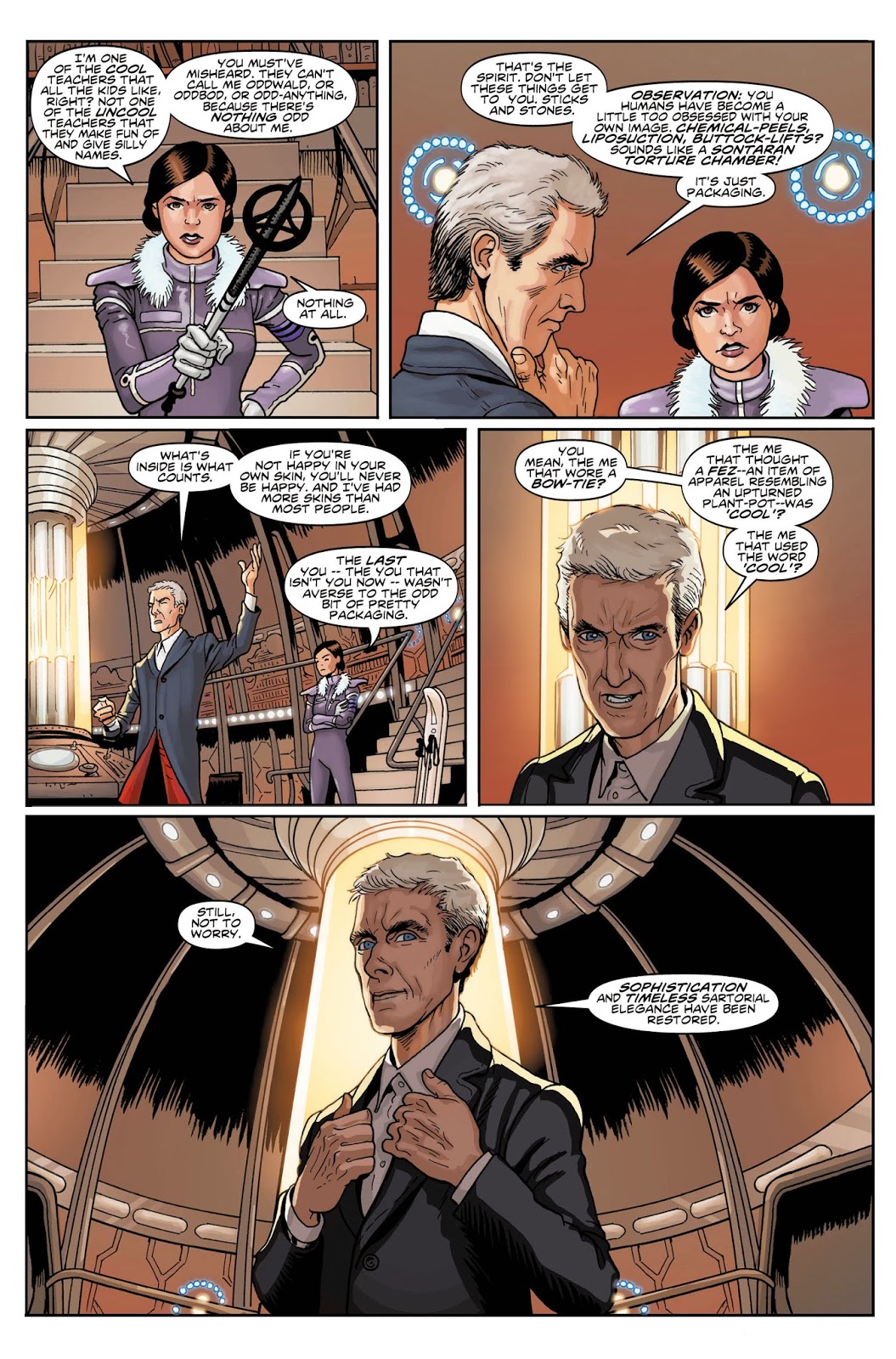 Instead, she’s facing down exotic flora and fauna in her best dress, backing up the Doctor on a trek through traumatically alien undergrowth – and she doesn’t even know what the Doctor is searching for, or what will try to kill them should they find it!