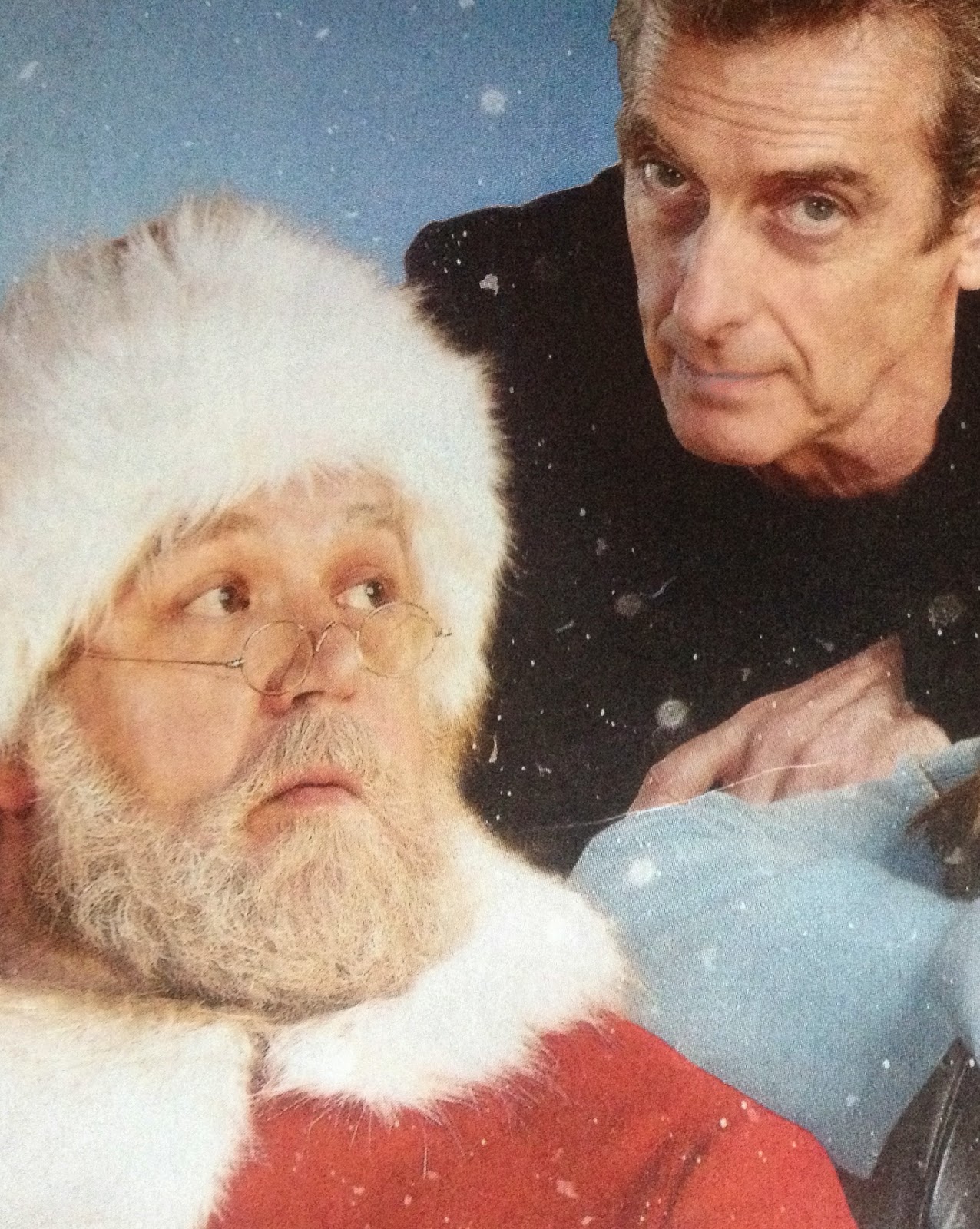 UK listings magazine Radio Times has a Doctor Who cover and interviews with writer Steven Moffat and Santa Claus himself, Nick Frost, inside. The current show runner told the publication about Frost's role in the 2014 Christmas special:

"Santa is written in properly, in a science-fiction way, into Doctor Who. Nick is ideal. He's what Santa should be in Doctor Who land."

"He doesn't play the son of Doctor Who or anything, he plays a scientist."

Chatting about the actual episode itself, its writer stated that the festive outing is:


"scary, tense and claustrophobic... It's The Thing meets Miracle on 34th Street. It's certainly the strangest bloody thing I've ever written."

Moving away from the festive special, Steven discussed the return of the Master, as played by actress Michelle Gomez, saying:

"I've already asked her to come back. The Master is never dead, no matter what happens to him or her. She's entirely unzappable!"

Sticking with the finale, its writer was asked what he'd like for Christmas; he told the Radio Times:

"A full-size, operational [Cyber]Brigadier. With remote control. That would be very cool."

Actor Nick Frost also spoke to the magazine about his role in Last Christmas:

"My Santa is cross, mean and curt as well as cheery and funny. He's got a little bit of Robert de Niro in Mean Streets. And he has a history with the Doctor, it's not talked about explicitly but they have a beef with each other from way back."

Visit the Guide to the 2014 Christmas Special HERE

The Radio Times is on sale now.