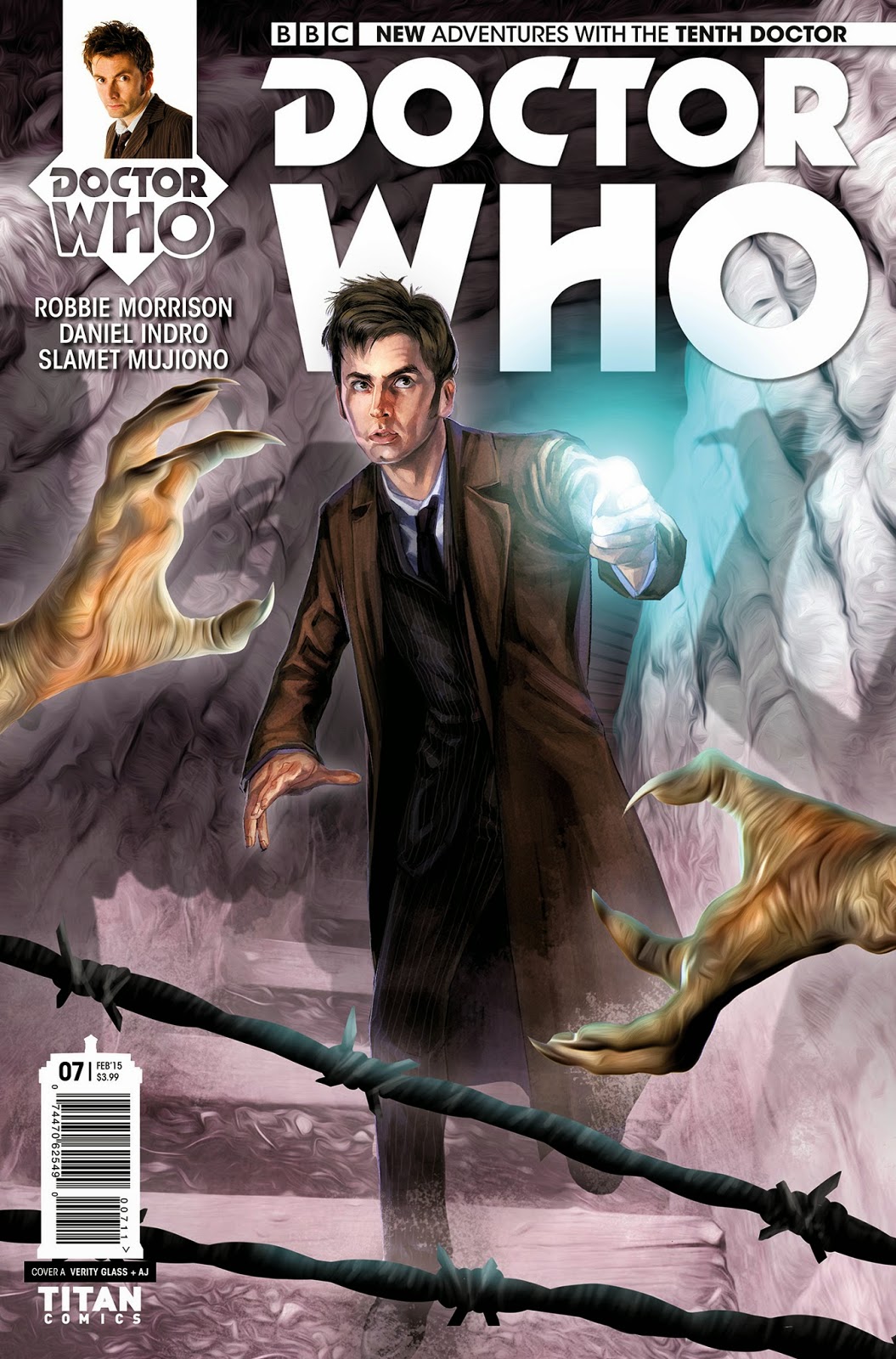 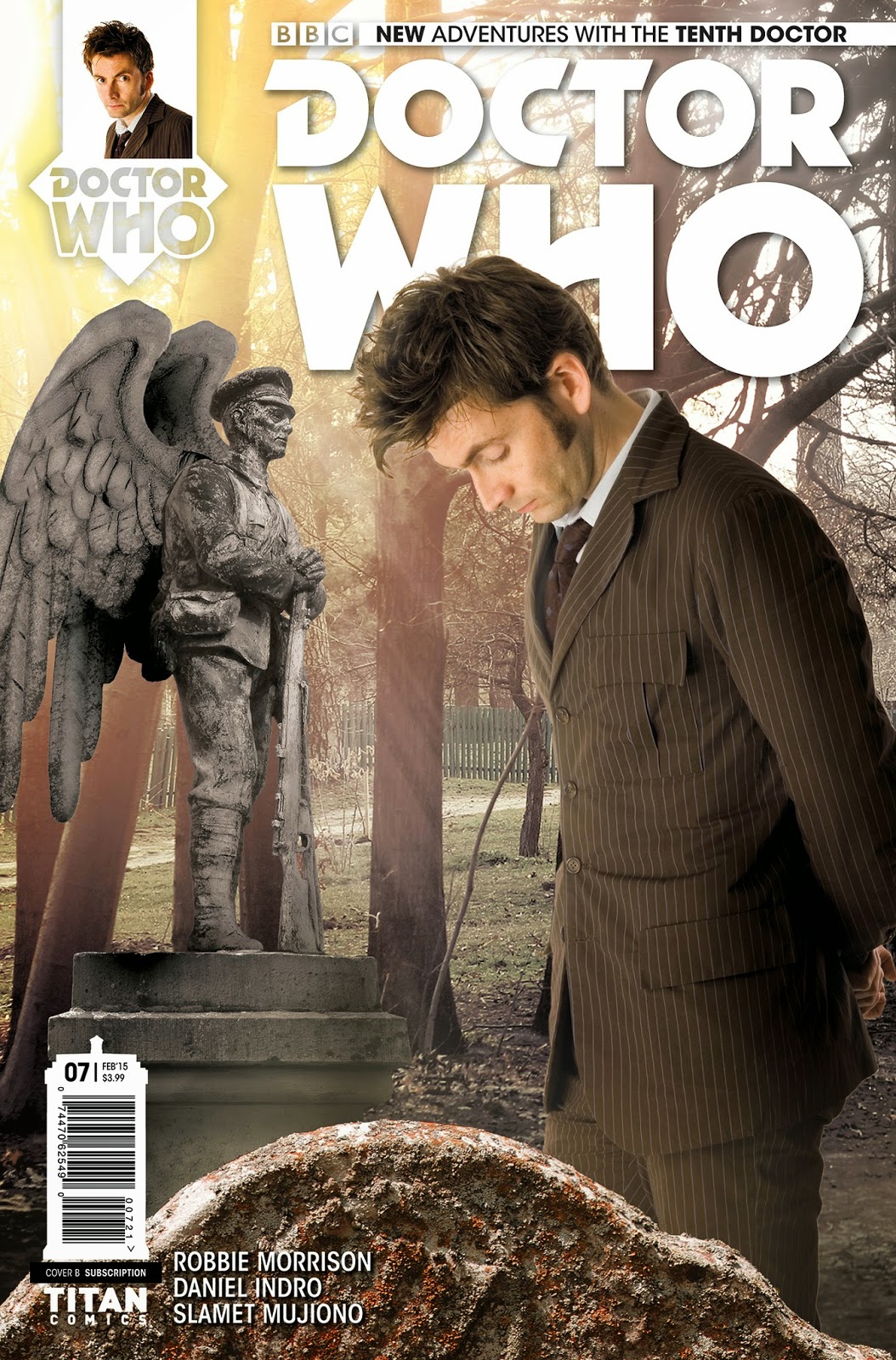 Titan Comics have released details and artwork from their new Doctor Who title, The Tenth Doctor #7. Click on the pics for bigger versions and check out the details below.

IN THE TRENCHES OF WORLD WAR ONE, SOLDIERS FEAR THE SOUND OF ANGELS' WINGS...

Trapped in a field hospital in No Man's Land, the Doctor and Gabby are surrounded on all sides by a force of starving Weeping Angels. Their only allies - a handful of experienced soldiers, the friendly-but-exhausted Corporal Jamie Hamilton, and beds full of the walking wounded. 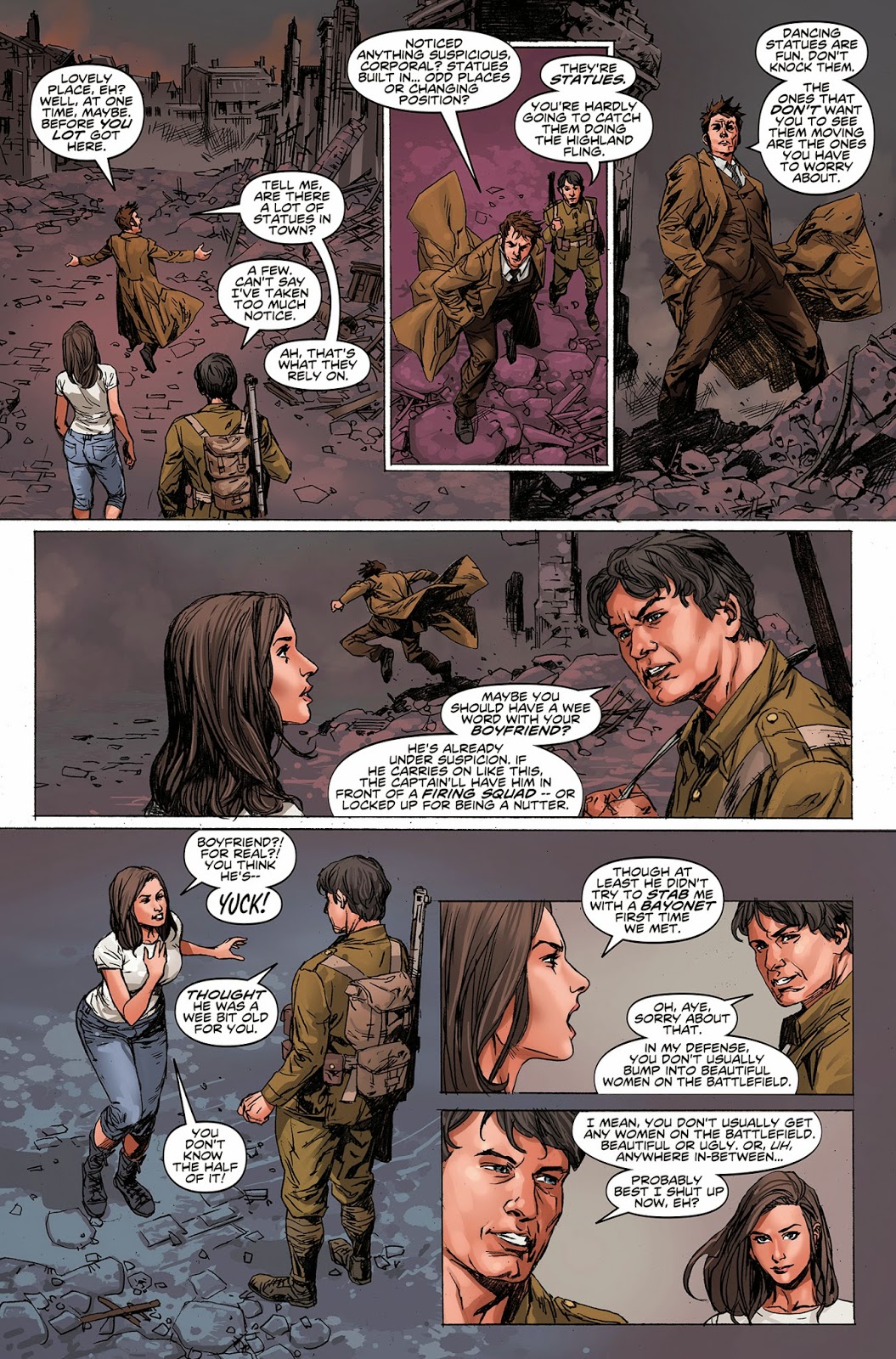 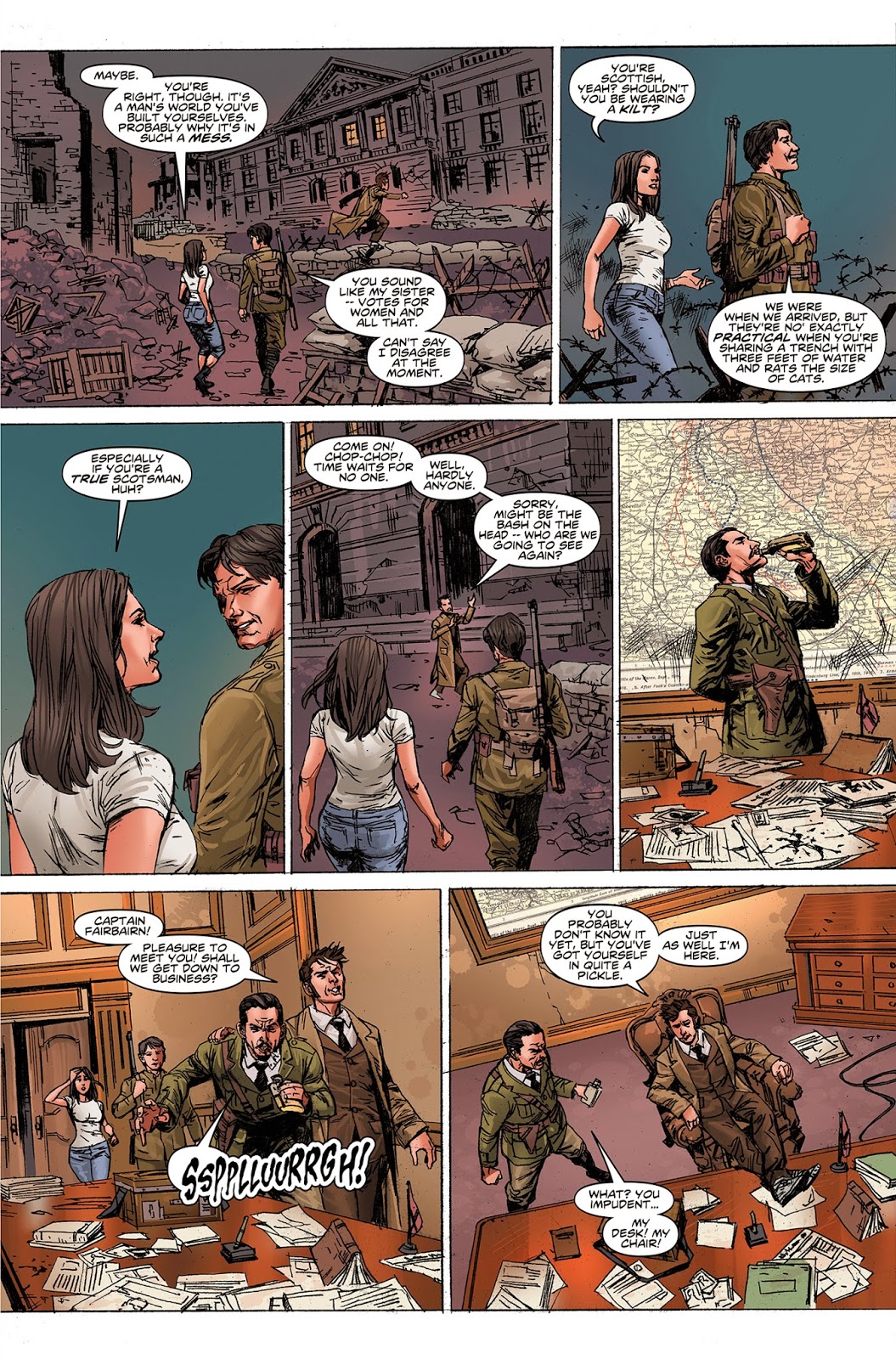 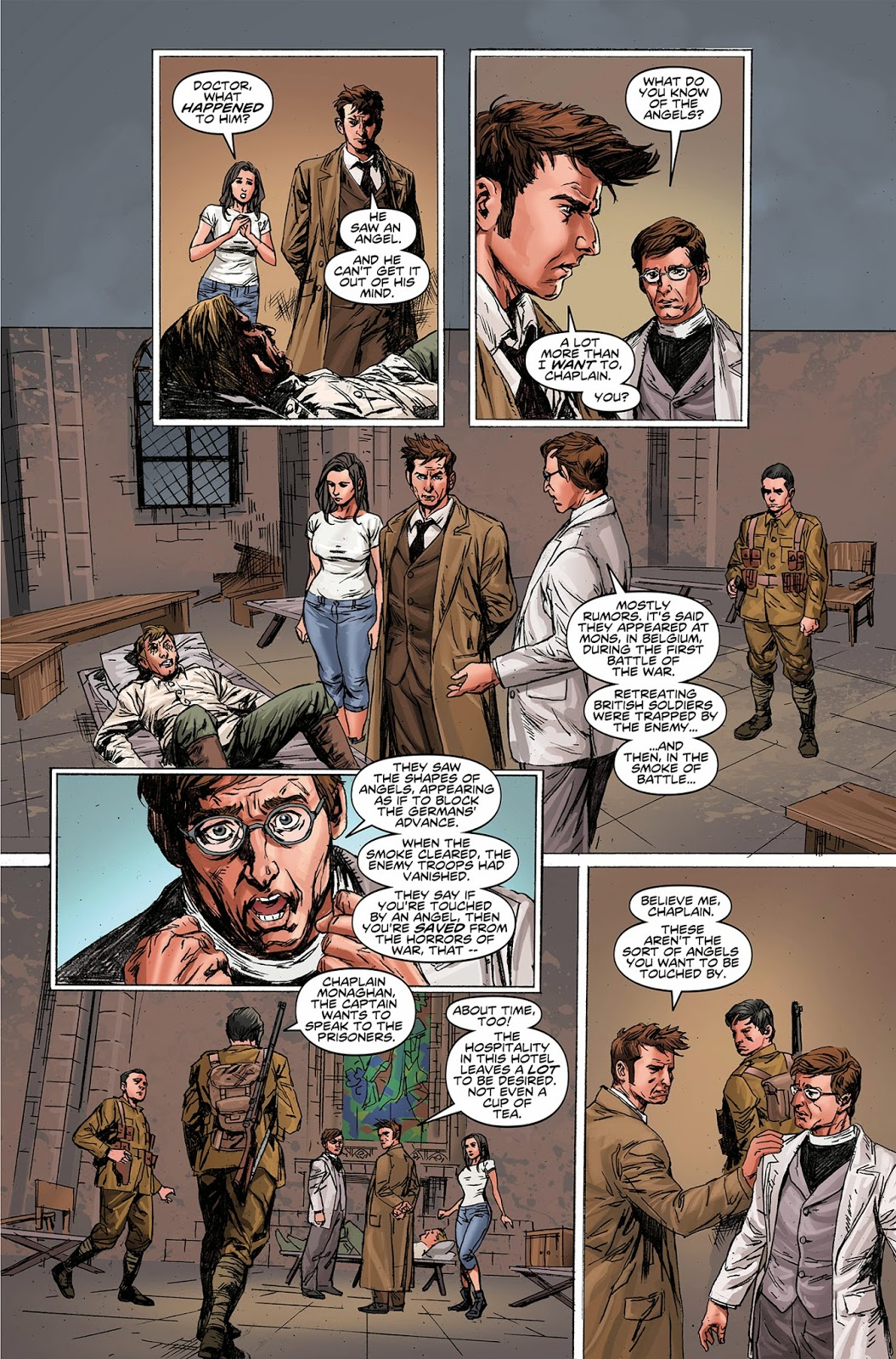 As the siege stretches on and watchful eyes grow weary – who will be the first to blink?!

Comes with two covers to collect!​