To "celebrate" Valentine's Day, legendary Doctor Who artist Andrew Skilleter has revealed some new artwork from the forthcoming book, Doctor Who: The Big Book of Lists, written by Blogtor.

The picture accompanies a list all about kissing in Doctor Who... Click on the image on the left for a bigger, smoother version of River and The Doctor.

You can check out more of Andrew's wonderful art on his Facebook page HERE.

Coming out next month is Blogtor's second book, Doctor Who - The Big Book Of Lists. Featuring 100 lists spanning all 51 years of Who fun, the book also includes exclusive stunning artwork from legendary Doctor Who artist, Andrew Skilleter. Check out the blurb below.

Known for his popular lists, Cameron K. McEwan, author of The Who's Who of Doctor Who, is back with a book that compiles loads of fun facts and never-before-heard tidbits about the Whoniverse. (It's bigger on the inside!)

Pour over a wealth of fascinating lists about the TARDIS, Gallifrey, and Daleks, as the fandom unites in epic appreciation for The Doctor. Organized by theme, Doctor Who: The Big Book of Lists will cover everything over the past fifty years of the epic series including: doppelgangers, popular locales, regenerations, Gallifrey adventures, highest-rated episodes, plots, characters and loads more.

Accompanied by the incredible Doctor Who artwork of Andrew Skilleter and loaded with weird and interesting facts and quizzes, this is the perfect gift item for the Time Lord lover in your life.

THE BIG BOOK OF LISTS on Amazon HERE [UK]

The book also features an EXCLUSIVE list from Doctor Who composer, Murray Gold - including some fascinating insights to his work and most popular themes and scores!

Doctor Who - The Big Book Of Lists will be available from all good book stores and online from March 2015. 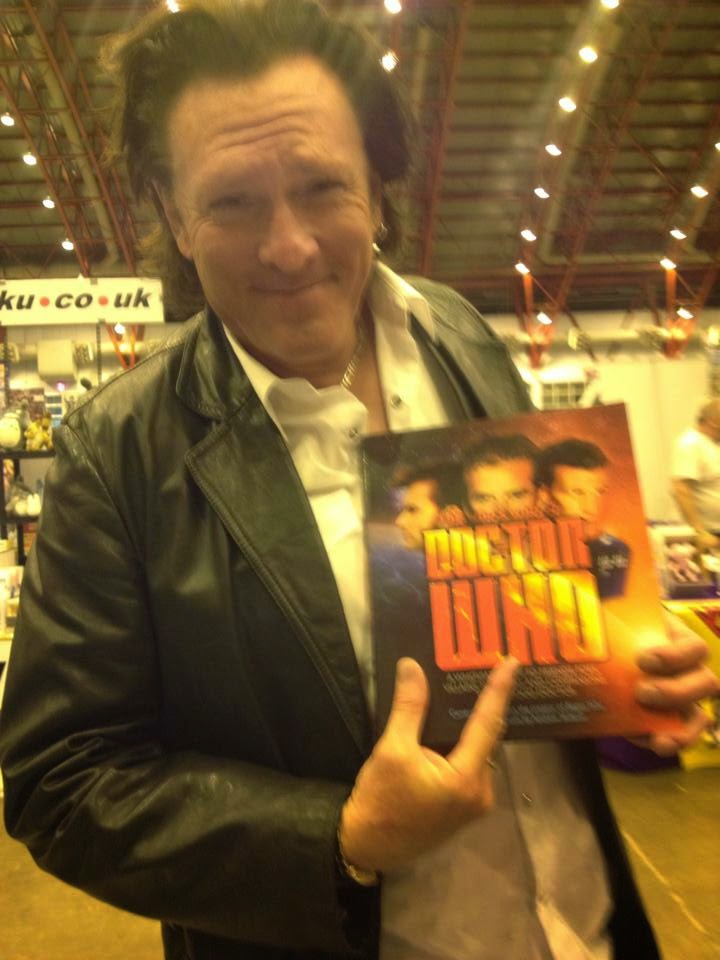 THE BIG BOOK OF LISTS on Amazon [US]

Blogtor's first book, THE WHO'S WHO OF DOCTOR WHO, is available now from all book stores and also online. Purchase on Amazon [UK] HERE and Amazon [US] HERE.

Check out Kill Bill and Reservoir Dogs star Michael Madsen having a look on the left (he's a Tom Baker fan, if you're interested).