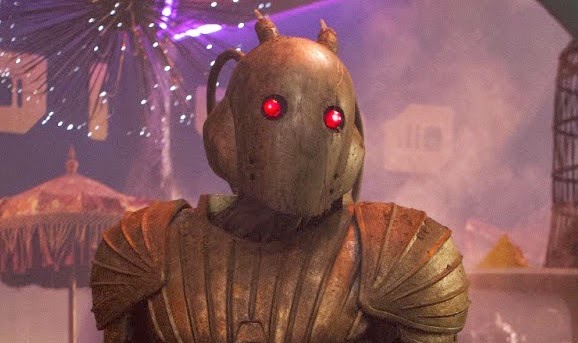 Tonight's episode of Count Arthur Strong featured an alien from The Rings of Akhaten - watch a clip in the player below. The alien in question is an Ultramanta which popped up in the 2013 Doctor Who story starring Matt Smith (and also made an appearance in Nightmare In Silver).

The clip, from Still Life (Series 2, Episode 5), also features actor Tom Price, who played Andy Davidson in all four series of Torchwood, and Yasmine Akram, Janine in Sherlock Series 3. You can watch the full episode on the BBC iPlayer HERE.