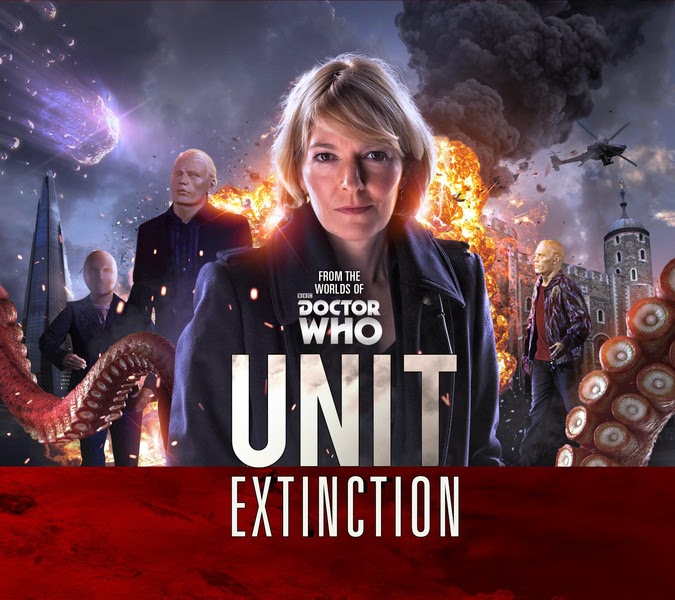 Big Finish have announced that Kate Stewart and the UNIT team will be starring in a brand new series of audio dramas. Stewart, daughter of Brigadier Lethbridge-Stewart, and Head of Scientific Research at the Unified Intelligence Taskforce, is played by  Jemma Redgrave, who played her on screen in The Power of Three, The Day of The Doctor and Death In Heaven.

Additional cast members for the first box set, UNIT: Extinction, will be revealed later. This first box set release comprises four hours of adventure, in which Kate and her team confront an alien invasion by the Nestene Consciousness and its army of plastic Autons.

UNIT: Extinction will be released in November 2015, and is available for specially-priced pre-order, with all pre-orders getting a copy of Nicholas Courtney's memoirs A Soldier in Time as a free download as "supplementary content" in Big Finish accounts. Three additional box sets will be available at six monthly intervals, with all four available for a bundled pre-order.