BBC Books have announced details of two new Doctor Who books: one, an original novel featuring The Fourth Doctor (as played by Tom Baker), and the other a non-fiction title looking at the science of the show. Check out the details and artwork below.


The Scientific Secrets of Doctor Who
by Simon Guerrier & Dr Marek Kukula
Published June 4, £16.99 in hardback 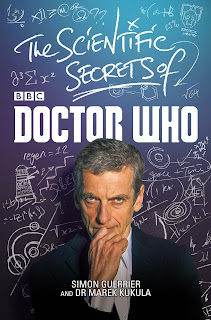 The first official guide to the science of Doctor Who by acclaimed novelist Simon Guerrier and Dr Marek Kukula, the Public Astronomer at the Royal Observatory Greenwich

Doctor Who stories are many things: thrilling adventures, historical dramas, and science fiction tales. But how much of the science is real? And how much is fiction?

Weaving together authoritative scientific discussion with a series of new adventures by acclaimed Doctor Who writers including Jenny T Colgan, George Mann and Jacqueline Rayner, Simon Guerrier and Dr Marek Kukula explore the possibilities of time travel, life on other planets, artificial intelligence, parallel universes and more. From the dawn of astronomy and the discovery of gravity to the moon landings and string theory, the authors show how science has inspired Doctor Who, and how, on occasion, life has mirrored art, such as the 1989 discovery of ‘ice-canoes’ on Triton which were featured in the 1973 episode, Planet of the Daleks.

For example, did you know…
• The creation of the Cybermen in The Tenth Planet in 1966 was prompted by two American neuroscientists who argued that astronauts’ bodies should be adapted to suit the conditions of space.
• The failure of Beagle 2 to land on Mars on Christmas Day 2003 influenced the loss of Guinevere One at the start of The Christmas Invasion.
• The many parallel universes that feature in Doctor Who, from Inferno to Rise of the Cybermen are inspired by a reaction to the Schrodinger’s Cat theory: that a new universe is created for each different outcome.
• The startling resemblance between Amelia Pond and The Twelfth Doctor and two characters from The Fires of Pompeii isn’t simply due to the actors returning to the series: it might be grounded in science as well.
• Time Lords aren’t the only beings able to regenerate – when the turritopsis dohrnii jellyfish gets ill, old, or faces danger, it can return to its childhood state as a polyp. 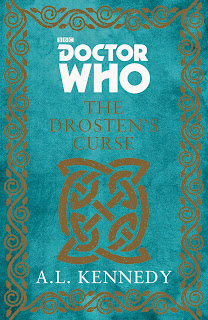 A thrilling new Doctor Who adventure by Costa-winning author A.L. Kennedy, based on her Doctor Who: Time Trips short story The Death Pit, featuring the Fourth Doctor as played by Tom Baker.

Some very strange things are happening in Arbroath when the Fourth Doctor arrives at the Fetch Brothers Golf Spa Hotel. Unsuspecting golfers are being eaten by the bunkers on the golf course. The twin grandchildren of Mrs Fetch, the rather strange and octopus-obsessed owner of the hotel, seem to have the ability to materialise from walls. People in the area can suddenly hear the thoughts of others – and they don’t like what they’re hearing. With the help of the Fetch Brothers junior day receptionist Bryony, and the hindrance of inept guest Ian Patterson, the Doctor discovers something huge, ancient and alien asleep under Arbroath… Can they prevent it from waking up, and destroying the world before the residents of Arbroath finish each other off?

Author A.L. Kennedy says: “I always loved tuning in to Doctor Who, although there were the usual tussles with my parents over whether it was too scary or not. I think the Doctor is actually quite a good way of introducing children to scary things in a safe way. And I’m sure that some of my outlook on humanity and the way we treat the world and each other comes straight out that lovely gift sci-fi generally offers – the chance to get away from your own species and from assuming it’s necessarily the best idea around. I think the Doctor is good company for kids. He’s a being who’s fun, who challenges ways you might have been told to think, who always goes for the best, most intelligent solution to a problem, who always tries to build and not destroy and who generally has a great appetite for life – there can be no harm in that. And having anything to do with adding to the Doctor’s adventures makes me very happy.”

Labels: doctor who novel, Dr Who Book, dr who science book, fourth doctor novel, The Drosten's Curse, The Scientific Secrets of Doctor Who