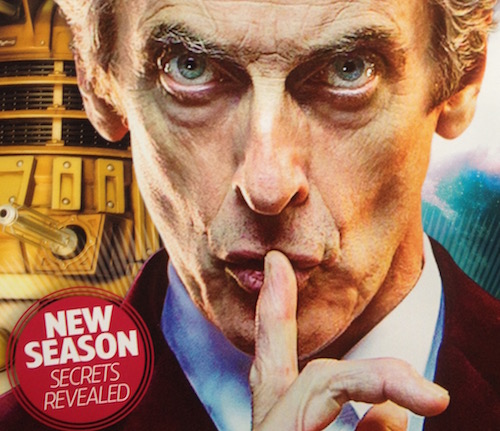 It was a rainy Tuesday in June when Blogtor took the trip to a deserted (well, almost) army base in Caerwent, via a stop-off at Newport and then an exciting bus journey with fellow scribes, for a set visit on Doctor Who Series 9. The setting was not unlike a scene out of classic Who, abandoned buildings, eerie surroundings and Wales.

At that time, an adventure featuring the return of the Zygons and Osgood was being filmed (title revealed below) and we were treated to an indoor scene featuring the classic alien and actress Ingrid Oliver. The atmosphere on set was relaxed with plenty of laughing and joking taking place, which was enhanced by the sunny disposition of Executive Producer Brian Minchin.

Brian enthusiastically ran us through what was happening on set (detailed below) and then indulged us with the lowdown on Doctor Who Series 9 (some of it too juicy and spoilery to share here).
Beware, spoilers below!

THE MAGICIAN'S APPRENTICE / THE WITCH'S FAMILIAR
I asked if there was to be a cinema launch for Series 9, in the same way that Deep Breath kicked off Series 8 in cinemas around the world last year, but due to the big, and Brian stressed BIG, cliffhanger it was decided not to, as the production team didn't want to show it as a two-parter together.

The story will feature a snake made of other snakes and the Doctor and Missy will be on on the same side, sort of. There are also many other surprises in store in this ep.

EPISODES 3 & 4
This two-parter from Toby Whithouse gives us ghosts in an underwater base.

THE GIRL WHO DIED / THE WOMAN WHO LIVED
Starring Maisie Williams, we'll see vikings in space and highwaymen.

INVASION OF THE ZYGONS / INVERSION OF THE ZYGONS
On set we witnessed a Zygon chasing down Osgood in Mexico, while she texts The Doctor for help. It's pitched as a "sequel" to the 50th Anniversary Special, The Day of the Doctor and features the whole world and rogue Zygons.

EPISODE 9
This will be unlike any other Doctor Who story ever broadcast, utilising a style previously unused in the show - it certainly makes for a fascinating idea and something I'm sure fans will get excited about (it's NOT a musical episode, btw). Controversially, this episode might not feature the Doctor Who title sequence.

ETA: We are now permitted to state that this will be a "found footage" episode.

EPISODE 10
This was simply described as "invasion of invisible streets".

EPISODE 11
The big news about the penultimate episode of Series 9 is that it's what's known in the business as, a "one hander". This means it is set to star Peter Capaldi, by himself (a photo from the official Doctor Who Instagram account did hint at this when they took a picture from the read through, with only Peter's name visible).

Finally, I pointed out to Brian that he didn't tell us anything about the last instalment of Doctor Who Series 9. With a wry smile he turned and replied, "That's right, I didn't". I guess some secrets are worth saving and waiting until December for.

Thanks to Brian Minchin and the BBC 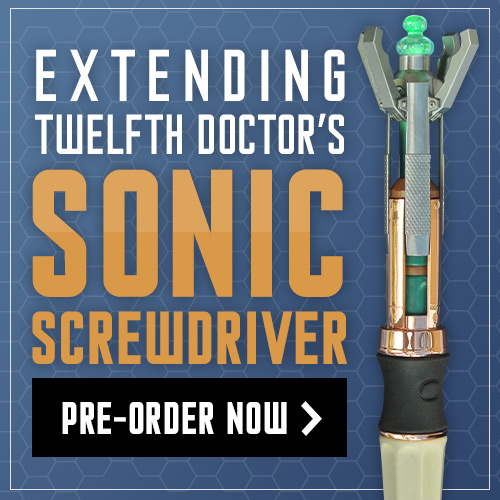