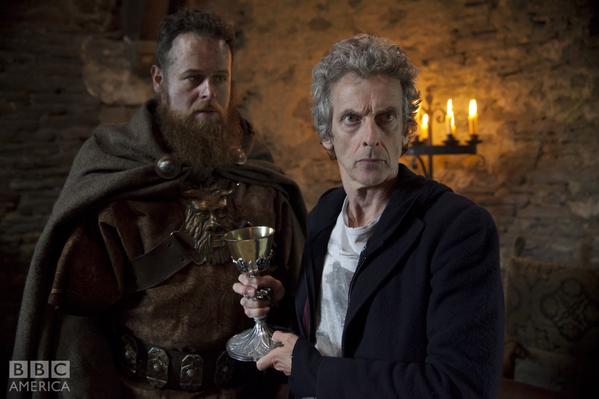 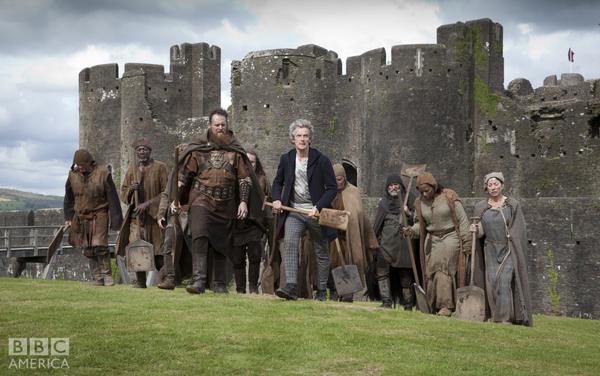 BBC America have released two new images from the prequel to Doctor Who Series 9, The Doctor's Meditation - click on them for bigger versions. Featured alongside Peter Capaldi is actor Daniel Hoffmann-Gill who also stars in The Magician's Apprentice as the same character, Bors. Here's what BBC America says about Doctor Who Series 9:

In Peter Capaldi’s second season at the helm of the TARDIS, the series sees the Doctor and Clara Oswald (Jenna Coleman) going on a journey that takes them to deadly alien planets, creepy underwater bases, Viking villages, a global Zygon uprising, and through hidden alien dens, to the very end of time itself.

Meeting monsters old and new, the Doctor will come face to face with Missy (Michelle Gomez), a city of Daleks, deadly mercenaries called the Mire, terrifying ghosts and more.

The Doctor's Meditation is being shown in North America with 3D cinema screenings of Dark Water and Death in Heaven in the run-up to Doctor Who Series 9.

You can find the first promotional images from the season opener, The Magician's Apprentice, HERE and check out Blogtor's interview with Peter Capaldi on the set of Doctor Who Series 9 HERE.