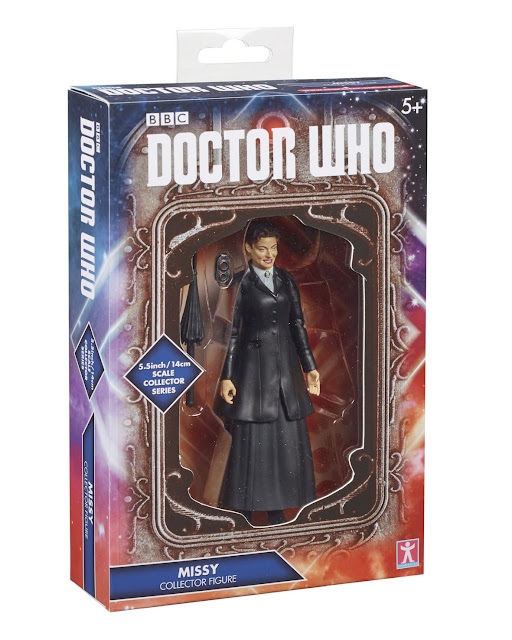 Toy company Character Options has revealed details of two brand new Limited Edition Doctor Who 5.5” scale action figures - both of Missy (as played by Michelle Gomez). Click on the images included for bigger versions. You can pre-order HERE.

The Missy Figure will be available in two variants: a purple outfitted version with hat from the series finale episodes; and alternatively in her ‘Heaven’ outfit, hatless with black jacket and manic grin. The Missy figures each have 18 points of articulation and are highly detailed and decorated. Each figure head can also be swapped so that both heads can be incorporated with either outfit, and they both come with accessories. 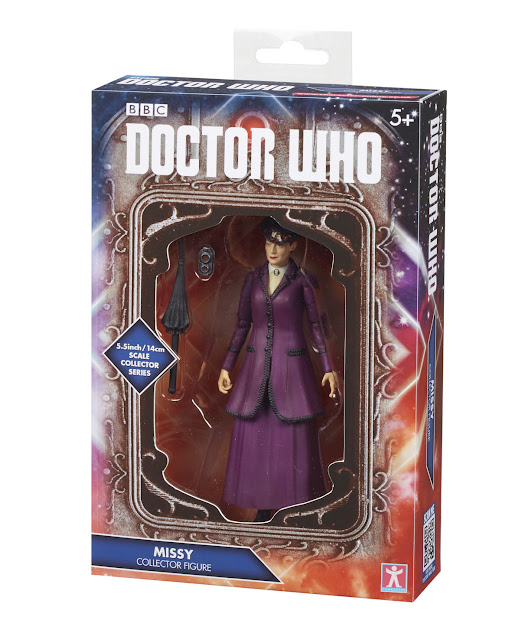 The bespoke UK Collector Series packs are perfect for display and for the first time are re-sealable, so that the figures can be enjoyed in or out of packaging without losing their collectability.

Only 4,000 units of each of the two figures are available in exclusive UK packaging at www.character-online.co.uk for a price of £19.99 each (excluding P&P). Delivery will be made to customers by early November. 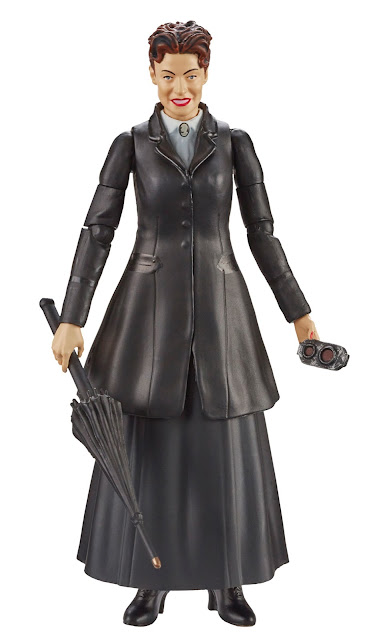 Product Development Director Al Dewar states: “Character Options has been designing, manufacturing and marketing Doctor Who toys since 2005, so as true fans of the brand we wanted to tell collectors the latest news in the most direct, if informal way, which is why I made the announcement in person on the website. Missy is the first of a potential new line of highly sought after 5.5-inch action figures so we expect interest to be high and we are all very excited to share this with fans and collectors alike.

Working with Michelle Gomez was great fun and she was the best subject we ever 3D scanned, patiently holding her facial expressions including her trademark Missy “sneer” for long periods of time. We know that many collectors have been eagerly waiting to see if Missy would at some point be included within our figure range, and at last, here she is.”