More details and names for the Official Doctor Who Festival 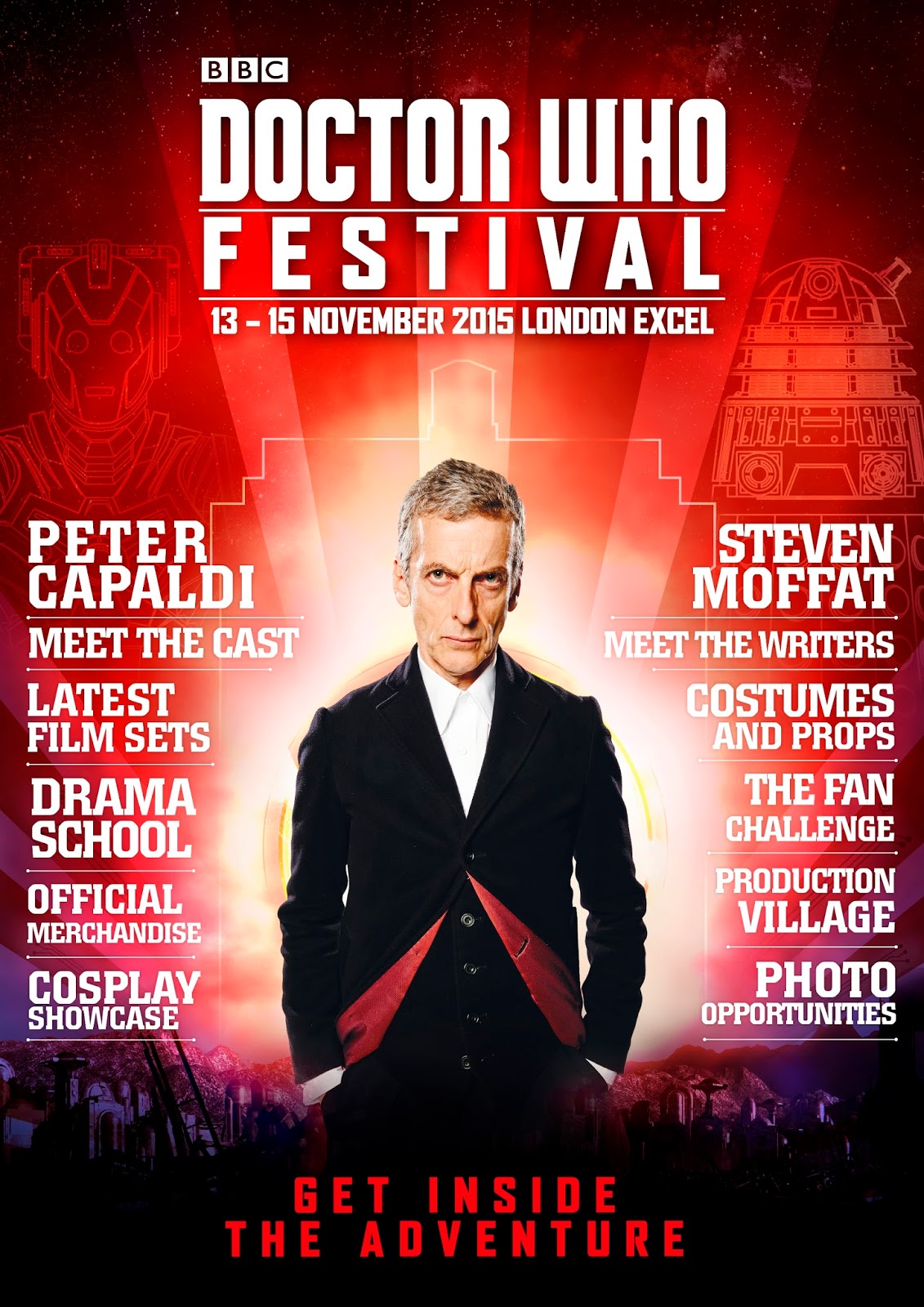 BBC Worldwide has announced more details and star names for the official Doctor Who Festival, which takes place this November in London. As announced previously, Peter Capaldi (The Doctor), Michelle Gomez (Missy), Ingrid Oliver (Osgood) and Lead Writer Steven Moffat will be appearing.

They will be joined by actor and writer Mark Gatiss (The Unquiet Dead, Robot of Sherwood), and writers Sarah Dollard (Doctor Who Series 9, Episode 10), Toby Whithouse (School Reunion, The God Complex), Catherine Tregenna (The Woman Who Lived), Peter Harness (Kill The Moon, Invasion of the Zygons) and Jamie Mathieson (Flatline, Mummy on the Orient Express).

Along with Theatre Panels with the show’s stars, further panels have now been scheduled to take place across the weekend with all seven Series 9 writers, as well as shows and demonstrations by special effects companies Real SFX and Millennium FX, and exclusive looks at three sets from Series 9. Ticket holders also get the chance to take part in Drama School sessions run by one of the show’s Directors, in addition to trying their hand out at some of the many jobs on set in the Production Village.

Check out the new details for the Official Doctor Who Festival below:

• The minds behind Doctor Who will be quizzed in the Writer’s Panel where all series 9 writers; Steven Moffat, Mark Gatiss, Sarah Dollard, Toby Whithouse, Catherine Tregenna, Peter Harness and Jamie Mathieson will talk through the development and design of some of the show’s favourite characters and compelling storylines

• Big Finish will give ticket holders the opportunity to have a go at voice acting, learning from the voice of the Daleks himself, Nick Briggs

• Photo opportunities with Mark Gatiss, Danny Hargreaves and Nick Briggs are also now available for purchase via the website

• Two of the iconic sets from Doctor Who Series 9 will be on open display to all ticket holders, and the set of Clara’s Living Room will be available to ticket holders for photo opportunities

The ticket price includes day entry to the Festival, access to three theatre shows, lanyard, show planner and access to all the activity in the Festival Hall. TARDIS tickets also include the brochure, lounge access, front block theatre show seats and a Limited Edition Doctor Who Festival 2015 T-shirt

Tickets and further information are available from www.doctorwhofestival.com